How being back at Wembley brought a brilliant feeling of normality

How being back at Wembley brought a brilliant feeling of normality: With 21,000 fans returning for the Emirates FA Cup final, nothing felt better than the roar at kick-off… now bring on even more across the country this week

Step aside, long-held beer garden reservations. There’s a new hottest ticket in town: fans are back at the football.

Saturday’s Emirates FA Cup final saw the biggest crowd at a sporting event since the start of the coronavirus pandemic and – win or lose – it was a day to relish for fans of both teams.

Leicester City supporters saw their team lift the Cup for the first time – having lost their last four finals – while Chelsea fans suffered disappointment but still got the feeling of a reunion with the players and match-going friends not seen in 14 months. 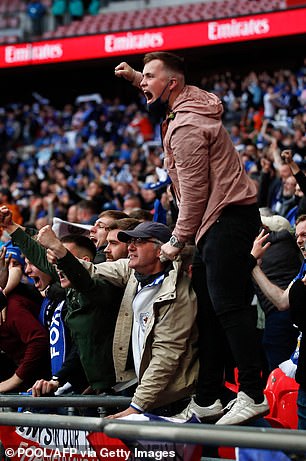 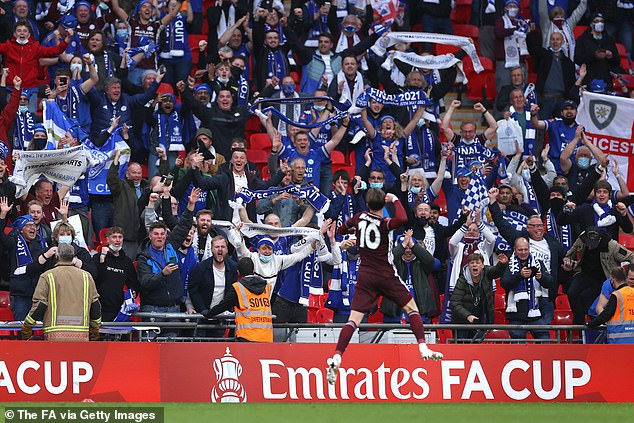 James Maddison celebrates in front of the Leicester fans among the 21,000 Wembley crowd

Going to the football has changed in that time. Now, as part of the Government’s trials for the return of crowds, attendees were required to undertake a Covid test in advance, show their result at the gate and fill out a consent form. Under 16s, unfortunately, weren’t allowed to attend. Masks had to be worn in the stands.

But it was a mostly smooth experience for the 21,000 at Wembley. Once inside, there was more of a feeling of normality: a pint in the concourse before kick-off, chants echoing around the ground from both ends, Abide With Me, the national anthem and a roar at kick-off that has been missed in the days of TV-generated artificial fan noise.

Nigel Gamble, who won tickets for the final in a Sportsmail competition through the Cup’s sponsor Emirates said: ‘What a day to be a Leicester fan, I’ve waited 52 years since I attended the 1969 Emirates FA Cup final with my late father and now to share this with my daughter is unbelievable.

‘Along with having fans back in the stadium to create an amazing atmosphere… It doesn’t get much better!’ 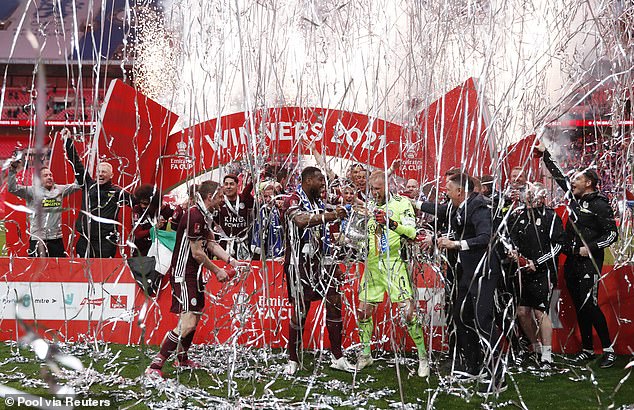 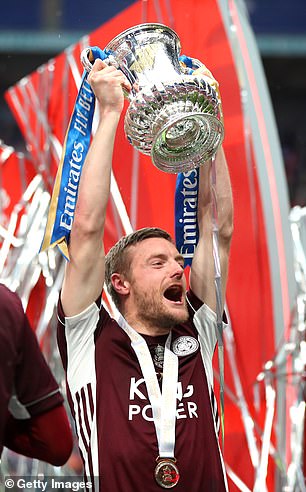 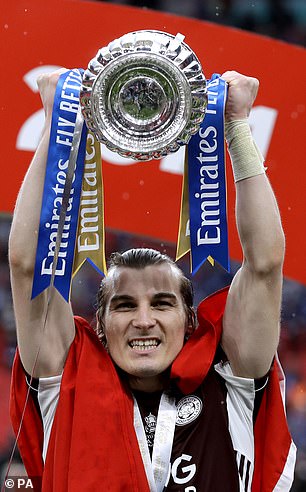 Every attendee had a seat separating them to enable social distancing, but groups were allowed to shift together at kick-off. Masks were kept on, but there was none of the bizarre guidance of telling fans not to sing or celebrate that was mooted last year. The idea was: stay sensible – and the vast majority kept to that.

Zoe Kirby, another Foxes fan, added: ‘We found our seats just as Abide With Me was performed and this gave us goosebumps and set us up for 90 minutes of emotional football! The view was fantastic, the stewards all polite and helpful, generally well managed and a joy to be there.’

Supporters at stadiums this week, following the latest unlocking of lockdown rules, will not need to be tested in advance but should expect more of the same on masks, social distancing and other heightened safety protocols. 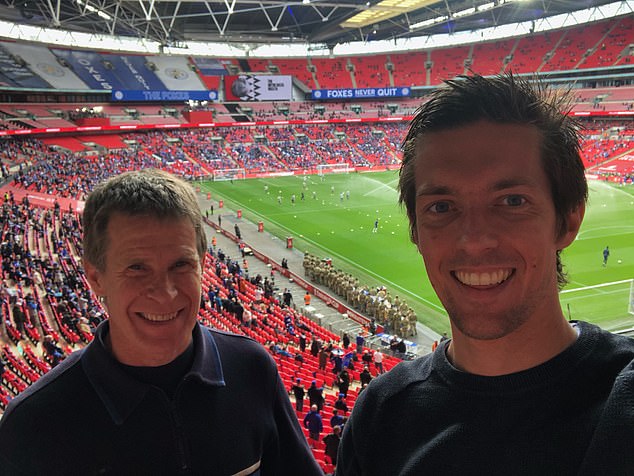 Competition winner Alex Blake and his dad, Graham Blake, pose ahead of kick-off at Wembley 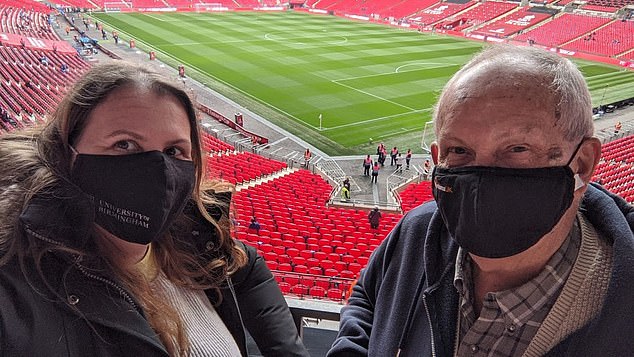 But the message from fans at Wembley was: it’s worth it. Some had to cancel plans – one supporter told Sportsmail he had moved a dinner date to breakfast to make the game, while others might have found the protocols annoying. But the benefits of a return to normality far outweighed any minor negatives.

Chelsea fan Lucy Caton, another Emirates competition winner, said: ‘It was amazing to be back watching live football after over a year. The safety measures put in place by Wembley Stadium worked seamlessly; staff were very helpful and enforced distancing where needed. The only thing we would change was the final score!’

Football has needed the fans back. Next season’s Emirates FA Cup will see them return in even larger numbers and, hopefully, a full crowd under the arch at Wembley next May. 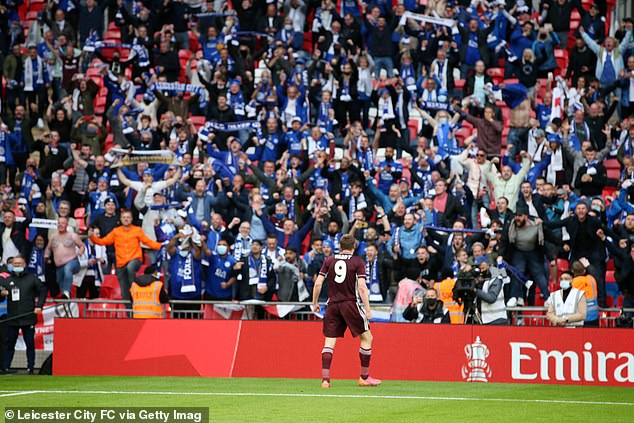 To celebrate this year’s Emirates FA Cup Final showdown between Chelsea v Leicester City and to help reconnect fans with live sport, Emirates created the ultimate ‘Fly Better’ moment by giving 50 fans tickets to the biggest live event in the UK since the start of the pandemic.