How blocking your sense of smell may help you lose weight

The aroma of delicious food is one of life’s great pleasures — especially when we’re hungry. But should the very smell of food come with its own health warning?

A growing body of evidence suggests it should, and could explain weight gain. And it’s not simply because when we smell delicious food our willpower wilts; smell seems to cause physiological changes that make some people gain weight.

In one of the most recent studies, at the University of California, Berkeley, researchers put three groups of obese mice on the same high-calorie diets and measured their weight and the speed of their metabolisms.

A growing body of evidence suggests it should, and could explain weight gain. And it’s not simply because when we smell delicious food our willpower wilts; smell seems to cause physiological changes that make some people gain weight

Even though they all ate the same amount of food, the scientists found the mice that couldn’t smell lost weight compared with those that could. The mice with a normal sense of smell doubled in weight, and the mice with a boosted smell sense piled on the most pounds.

Writing in the journal Cell Metabolism, the scientists said our sense of smell helps to control our metabolism — prompting the body either to store food energy as fat or to burn it. And if you can’t smell your food, you may burn it rather than store it.

They also suggested there is a link between the smell system and regions of the brain that regulate metabolism, such as the hypothalamus, although the exact mechanisms are still unknown. 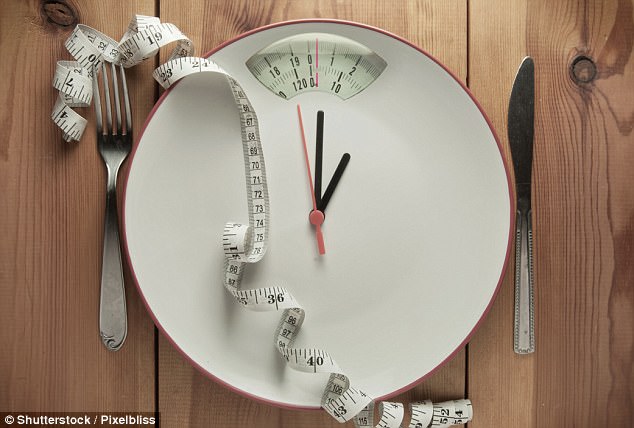 When Dr Lorenzo Stafford, a senior lecturer in psychology at the University of Portsmouth, compared the responses to chocolate scent among 40 people who were either obese or normal weight, the obese group rated the smell as more pleasant and were ‘substantially more sensitive’ to it.

The more sensitive the person is to smells, the more they weigh and the greater their likelihood of being obese, according to the report in the journal Chemical Senses in 2015.

Dr Stafford believes the response is similar to people who are addicted to smoking, when their nicotine cravings can be sparked by external cues.

Thus, the mere sniff of chocolate can have the same willpower-wilting effect in an obese person as the sight of a packet of cigarettes has on a 40-a-day smoker.

This is backed by other research. For example, U.S. neuroscientists found the smell of cooking prompts obese people’s brains to release abnormally high levels of ‘pleasure chemical’ dopamine.

The same dopamine response is seen in people who misuse addictive drugs, reported the 2014 study in the journal Molecular Psychiatry.

Other research suggests that the smell of food triggers other areas in our brains that may make us more impulsive.

One study, presented to the Radiological Society of North America in 2015, scanned the brains of obese people and found that food smells, such as chocolate, can stimulate systems associated with impulsivity, such as the dopamine reward system in the brain.

At the same time, their brains show reduced activity in regions associated with self-control, such as the anterior cingulate and the middle frontal gyrus.

Another crucial brain area for our response to food smells is the hippocampus, responsible for forming memories.

‘Research has shown that obese people’s hippocampal areas respond more intensely to food odours than lean people’s,’ says Dr Stafford. The theory is this memory reinforces the association between a certain food smell and pleasure.

The challenge is how to block this excessive brain response to food smells. One idea is that overweight people could have their sense of smell temporarily curtailed.

‘You could wipe out patients’ sense of smell for six months and then let the olfactory (smell) brain cells grow back, after the patients have got their metabolisms rewired,’ suggested Professor Andrew Dillin, a cell biologist at the University of California who led the recent study in mice.

Indeed, in mice he has shown that when olfactory neurons (nerve cells in noses that sense odours) are destroyed, it can lead to significant weight loss.

It might sound drastic, but it could, he says, prove a viable — and less invasive — alternative to gastric surgery for obesity.