How Brexit vote stunned ‘out of touch; BBC bosses

John Humphrys has admitted that the BBC is out of touch with the population, recalling how bosses were ‘absolutely stunned’ on the morning of the Brexit referendum result.

The veteran broadcaster said he suspected that the reaction to the vote within the BBC’s headquarters was markedly different from the feeling ‘in a cafe round the corner’.

And he conceded that it was evidence that those at the top of the organisation do sometimes ‘lose touch’ with the general public.

Humphrys, 74, spoke out during an interview with Radio Times to mark the 60th anniversary of the Today current affairs programme which he co-presents on Radio 4.

He and his fellow presenters Justin Webb, 56, Mishal Husain, 44, Nick Robinson, 54, and Sarah Montague, 51, were interviewed together over breakfast. 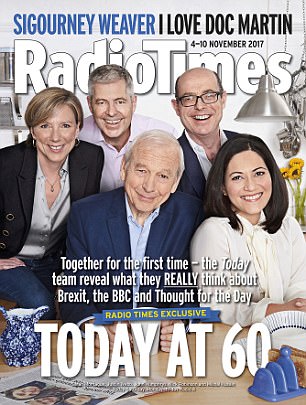 ‘I noted on the morning of the referendum that in the BBC almost everybody who came in, above all, all the bosses, looked absolutely stunned.

‘And I suspect if you walked into a cafe round the corner frequented by a rather wider mix of the population, there wouldn’t have been that same sense of being utterly stunned.

They’d have been maybe a bit surprised, but perhaps not even that. I think we sometimes do lose touch with the population.’

I WAS polite to the ex-Vogue boss

It was one of his most controversial interviews of the year, with his ‘mansplaining’ of women’s fashion provoking a backlash.

But John Humphrys stands by his ‘aggressive’ interview with former Vogue editor Alexandra Shulman in August.

He was criticised for grilling his Today programme guest about there being no ‘reasonably cosy, comfortably shaped women’ on the cover of the magazine.

‘He also suggested the focus on ‘skinny’ models promotes anorexia in young girls.

‘Yet Humphrys, 74, has defended his approach, telling Radio Times that magazines such as Vogue push the idea that ‘in order to look nice you’ve got to be stick-thin’.

He said: ‘I’ve always thought it an absurd proposition and damaging to an awful lot of young girls who are susceptible to that sort of pressure.

‘So I was, according to some people, too aggressive with her. I thought I was actually rather polite…’

Earlier this year more than 70 MPs wrote to BBC director-general Tony Hall to complain about the ‘pessimistic and skewed’ coverage of Brexit.

They said the corporation was ‘skewing’ good economic news since the vote and was ‘unfairly representing’ Leave voters by focusing on those who regretted their decision.

An episode of BBC1’s Countryfile also sparked an outcry after a segment examining the impact of Brexit on seasonal migrant farm workers and those who employ them was described as ‘Leftie, pro-EU propaganda’.

Humphrys said he was surprised by the Brexit vote. Robinson added: ‘The only people who knew, knew from a hunch. Point to the programme, the newspaper, the pollster, the politician who got it right? You won’t find one.’

Asked if they as presenters had been ‘stunned’ by the result, Montague replied: ‘Yes, do you remember that morning? We arrived earlier than usual and I remember standing there thinking, “Whoa… how do we tell this story?” ’

Thought for the day is deeply boring 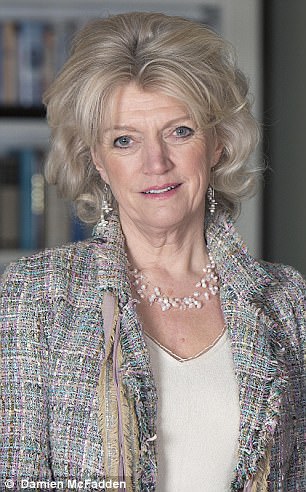 The Today programme’s religion slot is ‘inappropriate’ when ‘more than half our population have no religion at all’, John Humphrys claimed.

He said the three-minute Thought for the Day segment was often ‘deeply boring’ and it was frustrating to have to cut a ‘really fascinating programme short’ to hear that ‘Jesus was really nice’.

He added during the Radio Times interview that he would have ‘less of a problem’ with a secular version. Justin Webb described the daily contributions, which are made by representatives of different faiths, as ‘all roughly the same’ and said it ‘really annoys’ him.

Nick Robinson added that there are ‘not enough’ contributors with interesting things to say, although he said that ‘when Jonathan Sacks, the former chief rabbi, does it, I listen’.

Mishal Husain was the only presenter to appear in favour of the religious slot, saying it provides an element of ‘punctuation’ in the three-hour programme.

Her colleagues’ comments angered regular contributors to Thought for the Day.

Giles Fraser, a Church of England priest, wrote on Twitter that the presenters were competing with each other ‘to sneer at religion’, adding: ‘Sneering at stupid little people and their faith has become normalised throughout the BBC.’

Novelist and broadcaster Anne Atkins told the Daily Mail she found the comments ‘puzzling’, saying Thought for the Day is ‘astonishingly popular’ and she would be ‘surprised’ if the sport segment prompted the same volume of ‘positive’ feedback.

A BBC spokesman said: ‘Thought for the Day is a long-standing part of the Today schedule and an important part of Radio 4’s religious content – it will continue to be so. It features speakers from the world’s major faith traditions and regularly provokes a range of different views.’