How CAN it be right for Scots to get bowel cancer screening at 50 – and not the rest of us?

Four months after she was diagnosed with bowel cancer, Fiona Backler, 55, had died. For a year she’d complained of agonising stomach pains, going back and forth to her GP several times, to be told it was ‘probably’ kidney stones.

By December 2014, she was waiting to find out when her hospital appointment with a specialist for further tests would be. But then the pain became so unbearable she went to A&E, believing she might finally get treatment.

Instead, she was told she had bowel cancer which had spread to her liver. A week later she was told that the cancer was so advanced she had only a year to live.

The news came as a complete shock to Fiona, husband Peter, 59, and their children David, 34, Lauren, 27, and Scott, 23. ‘Bowel cancer just wasn’t on our radar,’ says trainee teacher Lauren, who lives in Eastbourne, East Sussex. ‘Mum was health-conscious — she never smoked, for example. When she told me I burst into tears, but she told me to be brave.

George Alagiah, pictured with his wife Frances, said that his bowel cancer could have been caught earlier if the screening programme in England was the same as in Scotland

‘I thought if anyone could fight this it would be her, but this was not something I would have imagined in my wildest dreams. Mum went downhill very quickly,’ adds Lauren. ‘There was no time for her to go into a hospice.’

After lung cancer, bowel cancer is the UK’s second biggest cancer killer — around 16,000 people die from it each year. If caught early, at stage one, patients have a 97 per cent survival rate for at least five years, but discovered later, at stage four, this falls to just 5 per cent for men and 10 per cent for women. Around a quarter of cases are only diagnosed once the symptoms are so bad the patient goes to A&E.

A recent study found women are much more likely to have their cancer picked up this way despite frequent trips to their doctor beforehand — because GPs can mistake the symptoms for gynaecological problems. Researchers at University College London found 34 per cent of women are diagnosed in A&E, like Fiona was. They found 30 per cent of men were diagnosed this way.

‘Over 80 per cent of people with this cancer initially have vague symptoms such as changes in bowel habits and bloating, which can mean it goes undetected,’ says Andrew Renehan, a professor of cancer studies and surgery at The Christie NHS Foundation Trust, Manchester.

Major signs — blood in the stools, changes in bowel movements, persistent lower abdominal pain — can also be caused by other less severe conditions such as irritable bowel syndrome or haemorrhoids.

In England, Wales and Northern Ireland, bowel cancer screening is offered to those aged 60 to 74 — in Scotland, it’s from 50. Last weekend the BBC news presenter George Alagiah said that his bowel cancer could have been caught earlier if the screening programme in England was the same as in Scotland. He was first diagnosed four years ago, at the age of 58; last Christmas he was told that the cancer had returned and it’s now stage 4.

‘Had they had screening at 50, like they do in Scotland. I would have been screened at least three times and possibly four by the time I was 58 and this would have been caught at the stage of a little polyp: snip, snip.’

‘I have thought, why have the Scots got it and we don’t?’ 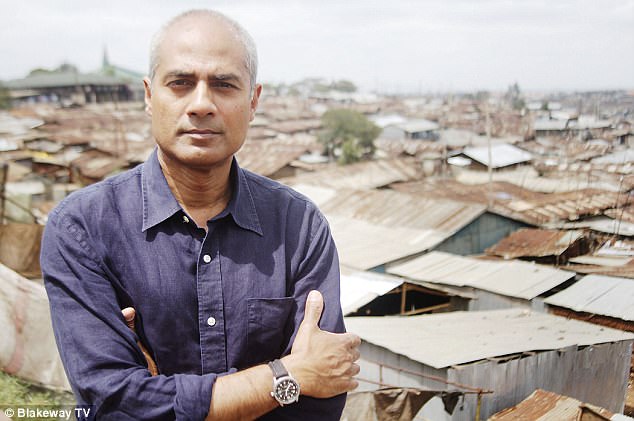 Mr Alagiah says he is unlikely to survive the next five years and said: ‘I have thought, why have the Scots got it and we don’t?’

Last year, the National Cancer Registration and Analysis Service-Cancer Research UK partnership published data which showed that bowel cancers diagnosed through screening are more likely to be found at stage one, compared with other routes to diagnosis.

In Scotland, around three in ten bowel cancers at ages 50-59 were detected via the screening programme. ‘The evidence from Scotland is that there is a 27 per cent reduction in bowel cancer mortality among those individuals who take up screening,’ says Professor Renehan.

The main screening method is the faecal occult blood test (FOBT), which looks for hidden blood in stools. It is posted to people in the age range every two years — they then post a sample back. The test can generate false positives — it can be affected by factors such as taking aspirin. Uptake, at around 58 per cent, isn’t as high as hoped, partly because some people are squeamish about doing it.

Lauren says her mother would definitely have taken up the option of screening at 50 had she been offered it. ‘Mum was very vigilant about her health,’ she recalls.

‘She warned me to never put off going to the doctor if I felt unwell, and frequently told me about the importance of going for cervical screening. She definitely would have done this right away, and that’s the painful thing — I know that, but it wasn’t available to her.’

Lauren has channelled her ‘immense grief and rage’ into a petition to lower the screening age in the rest of the UK to 50. It has over 400,000 signatures.

But why this discrepancy in the first place? ‘When the pilot scheme in the UK was started in 2003-4, the National Screening Committee suggested to the NHS that it should start at 50,’ says Lauren. Scotland followed that when they launched screening in 2007, yet when screening began in England the year before, pilots had shown lower uptake among 50-59 year olds, so the decision was made to start it later.

The biggest barrier to screening at 50 is the provision of follow-up testing with a colonoscopy, suggests Professor Renehan. If the FOBT picks up blood, an appointment at a screening centre with a specialist nurse follows.

The next step is a colonoscopy — where a camera is inserted into the large bowel. Each costs the NHS £372 and the argument is that screening younger people would mean more colonoscopies — some needlessly, after false positives.

In 2016 in England alone, 302,643 patients were referred for urgent investigations for suspected bowel cancer by their GP, with most having colonoscopies — 95 per cent did not have the disease.

However, a study that will involve 6,000 people could better identify those who need this further testing. Led by the Croydon Health Service NHS Trust, the aim is to halve colonoscopies by 2020 by using a much more accurate screening test.

The fecal immunochemical (FIT) test has been used in Scotland since early 2017. It detects human blood more accurately, avoiding false positives — for instance when someone eats steak, it can lead to animal blood traces in their stool affecting test results.

It is also more sensitive to a smaller amount of human blood than FOBT, so can detect cancers at an earlier stage. And because it can record the presence of blood in just one gram of sample — FOBT requires a few given over a number of days — Beating Bowel Cancer has estimated up to 7 per cent more people will complete the test.

The charities Beating Bowel Cancer and Bowel Cancer UK, which merged earlier this year, have launched a campaign to lower the age of cancer screening in England and Wales to 50.

Until things change, Lauren won’t stop campaigning. ‘I saw a man on TV who had moved to Scotland for his job. He’d been screened earlier, therefore his life was saved,’ she says.

‘Hearing this made me more determined. I’ll grieve for ever, but I want to stop other families going through what mine has.’