How child killer Robert Black was brought to justice

Depraved child serial killer Robert Black was finally charged with murdering a string of schoolgirl victims after therapist gained his trust and led him to reveal incriminating details about his heinous crimes, a new documentary reveals.

Black, dubbed ‘every parent’s worst nightmare’, was handed 12 life sentences for murdering four girls aged between five and 11 in the 1980s but is suspected of being responsible for countless more.

He spent the the 1970s and 1980s working as a delivery driver and cruised the length of the UK looking for young victims to abduct.

His reign of terror ended in 1990 when he was caught by police with a barely alive six-year-old girl. She was found hooded, bound, gagged and stuffed in a sleeping bag in the back of his van in the Scottish village of Stow.

However he was only charged with the murders and sexual assault of his earlier child victims after sex therapist Ray Wyre was brought in to speak to Black in prison while he was serving a sentence for attempting to abduct the six-year-old.

Killer: Robert Black Black, dubbed ‘every parent’s worst nightmare’, was sentenced to life imprisonment for murdering four girls aged between five and 11 but is suspected of being responsible for countless more across Europe. His reign of terror ended in 1990

Black gave such vivid descriptions of the victims and their murders that the police knew only he could be the culprit.

Recordings taken from a 1990 interview between Wyre and Black features in the first episode of CBS Reality’s series Voice of a Serial Killer, which airs on Wednesday.

In an interview with FEMAIL Wilson, who also appears in the documentary, called Black a ‘cultural bogeyman’ and explained how he couldn’t help but ‘tease’ the police with his guilt although he did not confess to his crimes.

Wyre was brought in to speak to Black by his defence team as they prepared to appeal his conviction. The context allowed Wyre to gain his trust and his expertly judged interview technique helped coax the truth from Black. 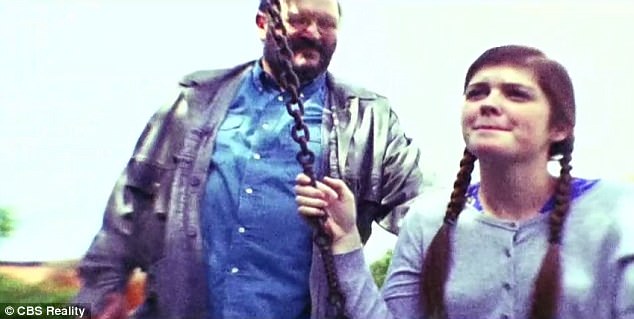 Black would approach girls he thought he could overpower and often targeted girls when they were alone. He’d find victims in parks and running errands for their parents 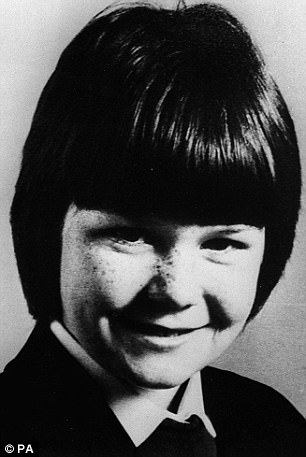 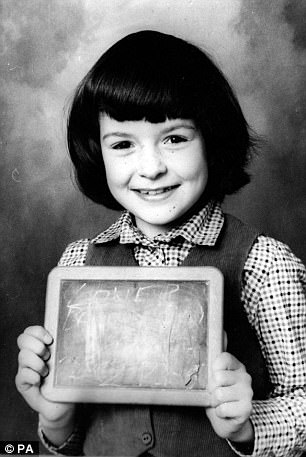 Schoolgirl victims: Black’s first known victim was Jennifer Cardy, nine, right, who was murdered in 1981 when she was cycling to a friend’s house in Ballinderry, County Antrim. His second victim was Susan Maxwell, 11, left, who was walking home after playing tennis in Cornhill-on-Tweed when Black abducted and killed her in 1982

A conversation with a killer: Robert Black’s chilling interview tapes

Robert Black revealed the extent of his fantasies about abducting young girls when Ray Wyre asked him to imagine how he would behave if he were a murderer.

‘I’d be driving along. I’d see a young girl, I’d get out and talk to her and try to persuade her to get into the van and take her somewhere quiet,’ he said.

When Wyre asked how the children might react, Black said they would be ‘passive’.

‘Not helping, but not resisting either,’ he said.

In a chilling moment, Black admitted he knew his desires were wrong.

Commenting on the interview, Wilson said: ‘A lot of serial killers are quite arrogant so they like to be flattered and it’s almost as if sometimes they want to see your CV before they’re prepared to talk to you. So partly Black feels flattered that somebody as eminent in the forensic world as Ray Wyre was prepared to speak to him.’

He added: ‘You’ve got to be able to have the person you’re interviewing believe that you’re suspending judgement at least for the time that you’re in the room. If you go in and you accuse, you shut people down.

‘If you go into an interview and ‘you say help me to understand why these things happen’ that’s a different way to get people to talk to you.’

In 1994 Black was found guilty of the murders of Susan Maxwell, 11, Caroline Hogg, five, and Sarah Harper, ten. Black was also found guilty in 2011 of abducting and murdering Jennifer Cardy, nine, in his van as she cycled to a friend’s house in 1981.

He sexually abused and killed her before dumping her body in a nearby beauty spot.

Black, who died of natural causes in a Northern Ireland prison in January last year, was strongly suspected of killing another 13 children.

Police fear he has taken numerous secrets to his grave, denying parents of the missing girls justice and the chance to bury their daughters.

In his interviews Black also alludes to being the killer of paper girl Genette Tate who vanished in a country lane close to her Devon home in 1978.

At one point Black was asked how he would have killed the child and his proposed method matched the police’s theory about her death. 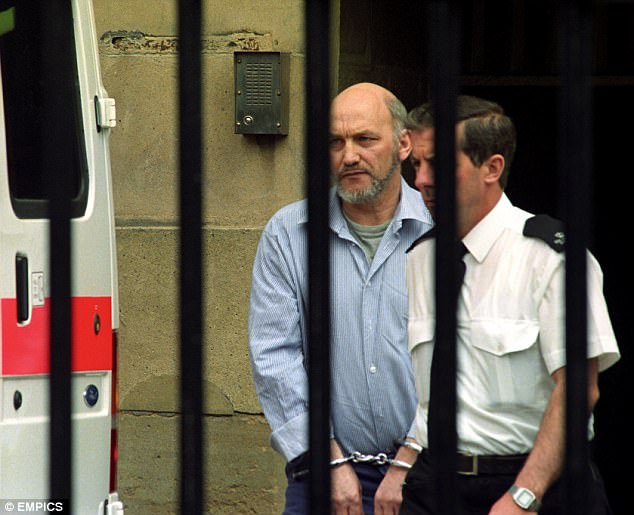 Justice: Black, pictured after being found guilty of murder never confessed to any crimes but revealing interviews with a sex therapist gave the police enough information to convict him 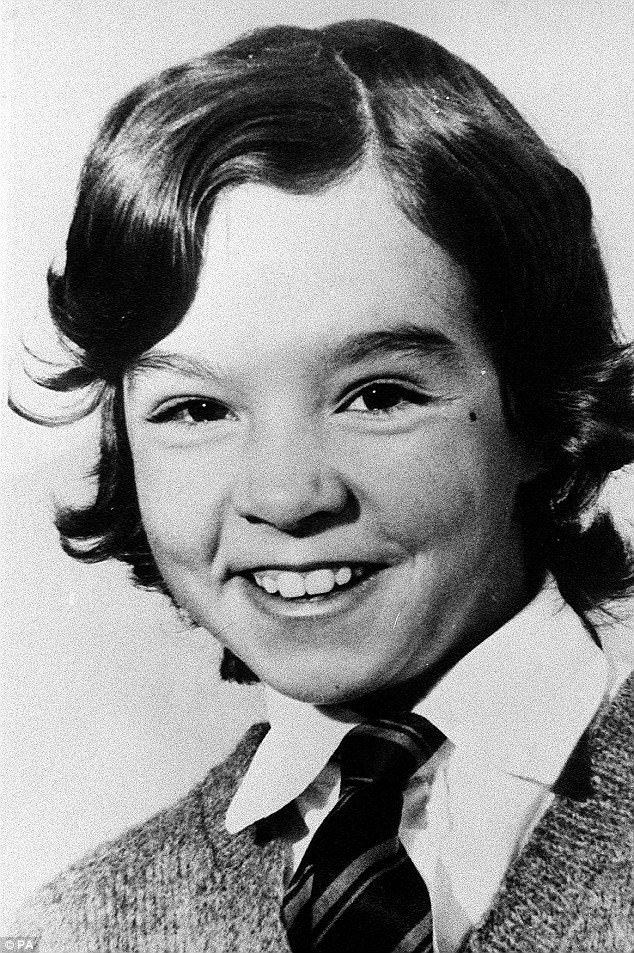 Another victim? In his interviews Black also alludes to being the killer of paper girl Genette Tate, pictured, who vanished in a country lane close to her Devon home in 1978 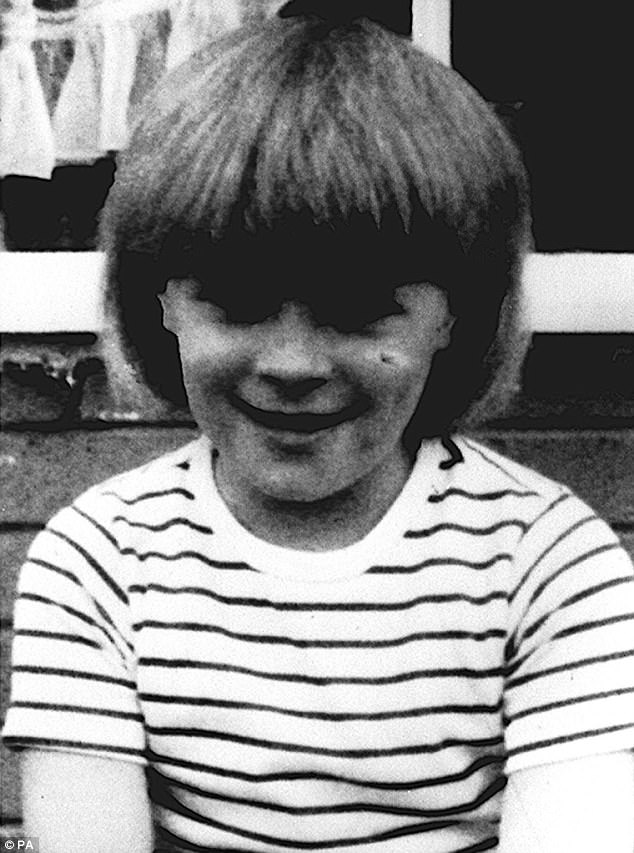 Snatched from the street: Black’s last known victim was Sarah Harper, 10, was abducted and killed after going out to buy a loaf of bread for her mother in 1986

Jennifer Cardy, nine, was murdered in 1981 when she was cycling to a friend’s house in Ballinderry, County Antrim.

Susan Maxwell, 11, was walking home after playing tennis in Cornhill-on-Tweed in 1982 when Black abducted and killed her.

Caroline Hogg, 5, was playing outside her house in Portobello, Edinburgh in 1983 when she was approached by Black. He paid for her to ride on a carousel at the fairground before he abducted her.

Sarah Harper, 10, was abducted in her hometown of Morley in Leeds in 1986 after going out to buy a loaf of bread for her mother. Black traveled to Nottingham to dispose of her body where she was found in the Rivert Trent.

Wilson said: ‘Black was asked to speak to him by his defense because they were going to appeal his conviction, so what you hear on that tape is what Black says to Wyre in the context of trying to get help for his underlying sexual interest in children.

‘What is even more chilling it seems to me, is that Black will deny it, he will allude to and tease almost, but he won’t come directly out and say what he did,’ he went on.

‘Yet he provides us with enough detail to be able to say several things in confidence.

‘That A, he was guilty, B, he was guilty of killing many more young girls and he certainly killed the little paper girl, Genette Tate, because he tells us, albeit in a roundabout way how he did it.’

Black was also the victim of sexual abuse at the hands of carers as a child, after he was abandoned by his own parents.

Wilson says he has never interviewed a pedophile that wasn’t also a victim of childhood sex abuse. 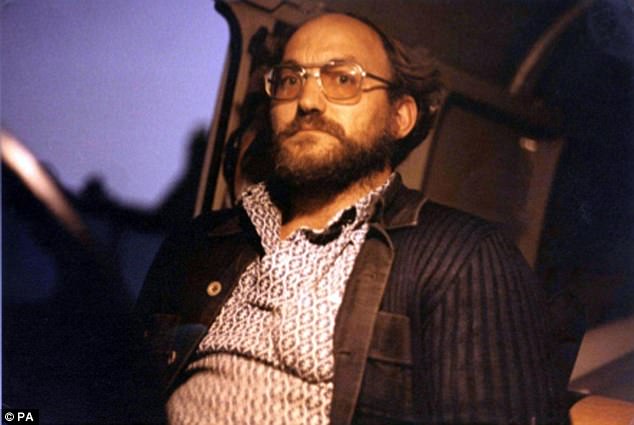 Ray Wyre, a sex crime expert and therapist, interviewed Black and was able to gain enough information to lead to conviction

He said: ‘[His desires came from] the abuse he himself suffered as a child. There’s absolutely no doubt Robert Black had the most appalling childhood in which he was physically, emotionally and sexually abused by others and that isn’t to excuse his behaviour but it does explain the origins of aspects of his sexual paraphilia.’

‘In Black’s case, if you bring it back to him, what Black liked to be able to do is feel powerful and in charge and in control because power and control were something that were absent for a large period of his life.

Voice of a Serial Killer starts on Wednesday at 10pm on CBS Reality.

Convicted of four child murders and range of other sex crimes, delivery driver Robert Black stalked the roads of Britain and Ireland for his young victims and has long been suspected of involvement in other unsolved disappearances.

He was born in 1947 near Falkirk in Scotland to single mother Jesse Hunter Black. The factory worker put her son up to be fostered within weeks.

The couple that took him in – the Tulips – were in their 50s and lived in Kinlochleven in the West Highlands. Within 11 years both had died, and Black was placed in a children’s home back in Falkirk. 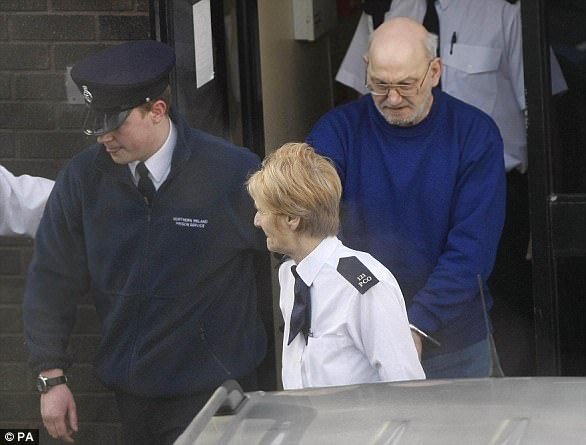 Robert Black, pictured in 2010, died in prison on January 2016 from a heart attack

In Falkirk his proclivity for sexual violence emerged when, as a 12-year-old, he was accused of trying to rape a young girl. No charges came of it, but Black was moved to an all-boys’ home in Musselburgh as a result. In that institution he claimed he was the victim of sexual abuse at the hands of a male staff member.

In 1963, he faced the courts for the first time after molesting a seven-year-old girl in an abandoned air raid shelter, yet he was not incarcerated for the crime, receiving only a caution for lewd and libidinous behaviour.

Three years after attacking the girl in Greenock, and now working as a builder back in Kinlochleven, he was not so lucky with authorities after being reported for abusing the daughter of a couple he was lodging with.

In 1967 he was found guilty of three counts of indecent assault and sent to borstal in Polmont, outside Falkirk, for a year.

He secured a job as a van driver for a London-based delivery firm in 1976, which allowed him to travel the country and claim victims.

A delivery run took him past Coldstream in 1982 when he snatched Susan Maxwell, then back to Portobello a year later when he stole Caroline Hogg from the promenade, and through Leeds in 1986 when he abducted Sarah Harper.

Detectives across the country spent the last 25 years of his life trying to find firm evidence to link Black to other unexplained disappearances.

Police investigating the case of missing 13-year-old Genette Tate, who was last seen in a rural lane in Aylesbeare, Devon, in 1978, perhaps came closest to bringing another murder charge.

He died in prison of a heart attack in January 2016.