How China’s economic crash could cost you your job: The major Australian industries set to be hit hard by Beijing’s big slow

Australian’s working in retail, tourism, mining and education should brace themselves for a sharp downturn and potential job losses due to China’s impending economic crash.

IBISWorld, a leading global industry research company, is predicting China’s slowest economic growth since 2009 will have significant implications for Australia where many business are strongly reliant on Chinese demand.

Jason Aravanis, a Senior Industry Analyst with IBISWorld, believes the downturn from China won’t take long to hit us. 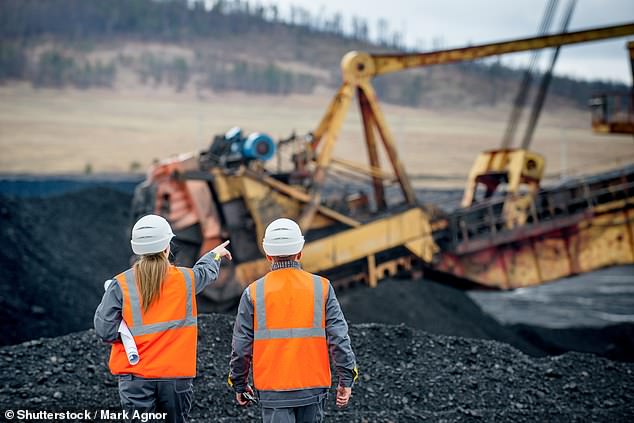 ‘Australia is more exposed to a downturn in Chinese economic growth than most nations. China is Australia’s largest trade partner, and accounted for 30.6 per cent of total Australian export revenue in 2017-18,’ he said.

‘For context, Australia’s second largest trading partner is Japan, which accounted for 12.7 per cent of export revenue in 2017-18. In fact, China accounts for more Australian trade than the United States and Japan combined.’

IBISWorld predicts iron ore and black coal mining are the industries most exposed to a downturn in Chinese demand.

‘Chinese demand for black coal is also projected to decline over the next five years as steel production contracts in line with slowing economic growth.’

Education is another sector under threat.

The tertiary sector is hugely reliant on demand from international students, particularly  from China.

‘Australian education providers have benefited from China’s growing middle class, which has led to (Chinese) enrolments at Australian universities increasing by at least 12 per cent every year since 2002,’ Aravanis said.

It is estimated Chinese students contributed $32.4 billion to the Australian education sector in 2017-18.

A downturn in China’s economic growth could force students to study domestically instead of overseas.

Workers in the tourism sector also had cause for concern, as hotels and tour operators are heavily reliant on Chinese spending. 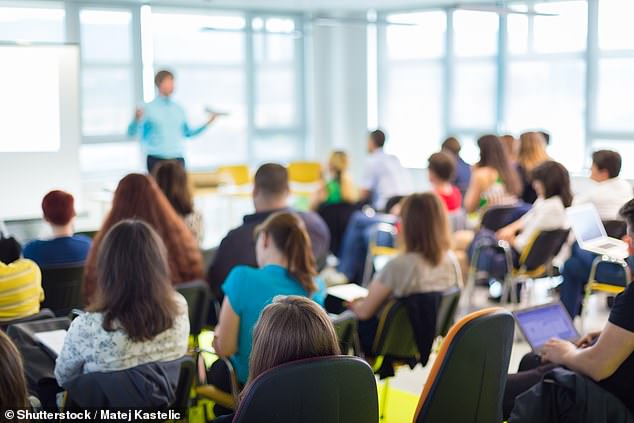 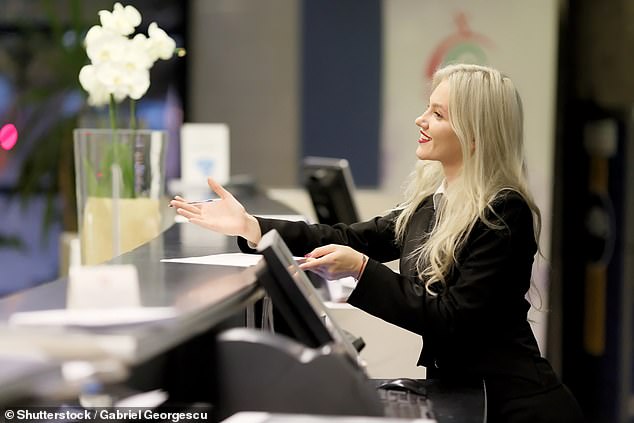 Over the year through September 2018, an estimated 9.2million tourists from China arrived on Australian shores.

Figures from Tourism Australia revealed Chinese tourists spent roughly $11.5billion on Australian goods and services over the year through September 2018.

Arvanis concluded by stating the outcome is bleak as long as Australia continues to ‘maintain low interest rates and high government debt relative to prior years.’

‘The economy has little to protect it from a global economic downturn,’ he said.

• Japan overtaking the US market as Australia’s second largest trading partner, valued at $72 billion, up 17 per cent on last year (9.4 perm cent of total trade)

• The US, valued at $68 billion, up 4 per on last year (9 per cent of total trade). The US continued to be Australia’s largest two-way services trading partner

• South Korea valued at $55 billion, up 71 per cent on last year (7.2 per cent of total trade). The strong growth for this period can be attributed largely to the purchase of LNG platforms

• India overtaking the UK and New Zealand as Australia’s fifth largest trading partner, valued at $27 billion, up 28 per cent on last year (3.6 per cent of total trade)