A man speeds down a highway talking into his phone as trees whizz by in the background.

He’s not on his way to court, but inside it.

He’s just streamed into the Melbourne Magistrates’ Court for his latest appearance via video link. 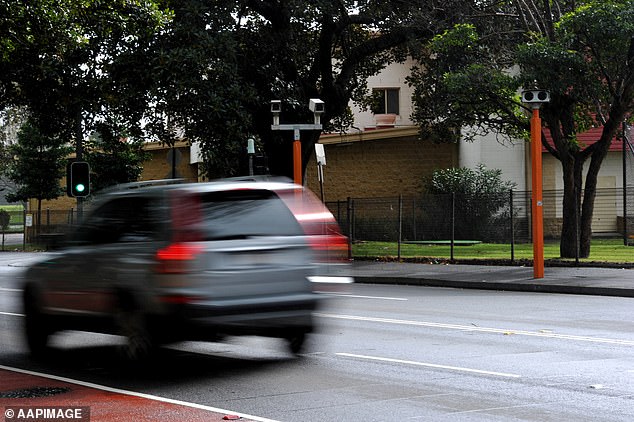 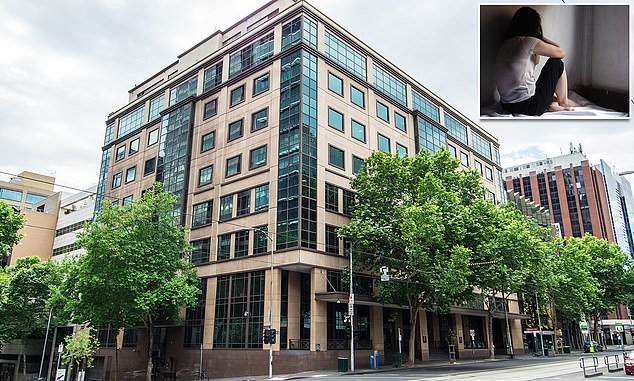 The Melbourne Magistrates’ Court was once a place to be feared by villains. People would once line up around the corner to get in. Now they stream in from their jocks at home

This is the Victorian justice system in 2021.

When Covid-19 hit Australia in March last year its legal system hit the wall as courts across the nation came to a grinding halt.

While delays before Covid struck were common, they are treated with such seriousness that judges and magistrates have to take them into account when sentencing.

Over the past year-and-a-half since Covid hit, prisoners in Victoria’s jails have had a combined 355 years shaved from their prison terms because of a pandemic loophole, with almost 5000 convicted criminals to be released early due to the virus.

Video links were quickly introduced across all courts in an effort to keep the wheels of justice in motion.

Even now, the backlog of cases across all jurisdictions is nothing short of a travesty of justice.

Once a place to be feared by many a crook, Victoria’s magistrates’ court, which handles the majority of the state’s court load, now resembles a dark comedy venue.

Over the past year, Daily Mail Australia has observed all kinds of unusual behaviour take place over virtual court hearings.

Behaviour that in years gone by would have seen villains either arrested by Protective Services Officers, charged with contempt or, at the very least, berated by the magistrate.

For years offenders have turned up to court wearing their best tracksuits, runners or suits – some with tags still attached. 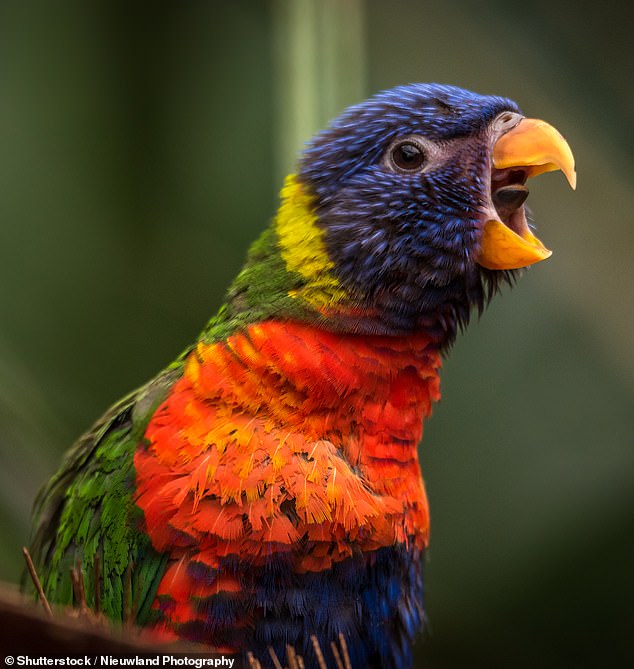 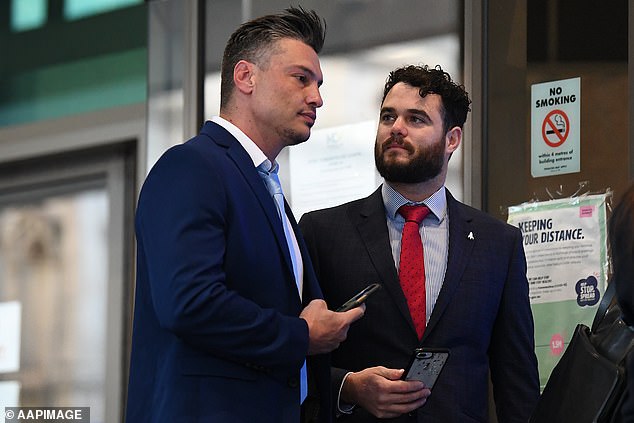 Masterchefs Ben Ungermann (left) and his lawyer mate Ben Bullock were made to attend court in person in May. It was just before Covid hit Melbourne again

On Wednesday, a baby appeared on a video link for a drug committal hearing.

Crooks tuning into video links have been routinely witnessed abusing court staff through online chat systems and often yell abuse at the magistrates or others over the live link.

One prominent barrister had a jury in stitches as he chowed down on a bag of corn chips via video link during a recent trial.

‘The crunches were so loud the jury was laughing,’ a court source said.

‘And then there was the witness whose pet parrot kept interrupting.’

When the perpetrators aren’t misbehaving, the lawyers themselves are being caught out on court microphones in behaviour previously unheard from beyond the bench.

‘We often have to tell the court staff to mute the stream when counsel starts slagging off magistrates, barristers etc from the bar table in breaks without realising media are on the the link,’ a court source said.

In March, conspiracy sook Eve Black – aka Eugenia Limberiou – tuned into a hearing with with her legal representative and a parrot.

Last week she refused to turn on her camera at all, telling the magistrate: ‘You can hear me’.

It might have been funny if it wasn’t so dangerously serious.

On Tuesday, the man acquitted of murdering one-year-old boy Jaidyn Leskie was granted bail again despite going on the run and failing to show his face in court for the second time.

Greg Domaszewicz appeared in court without actually showing up or making any indication to the presiding magistrate he was even present.

Scores of offenders now simply phone into their court appearances, with magistrates’ left wondering if the person they are speaking with is who they say they are. 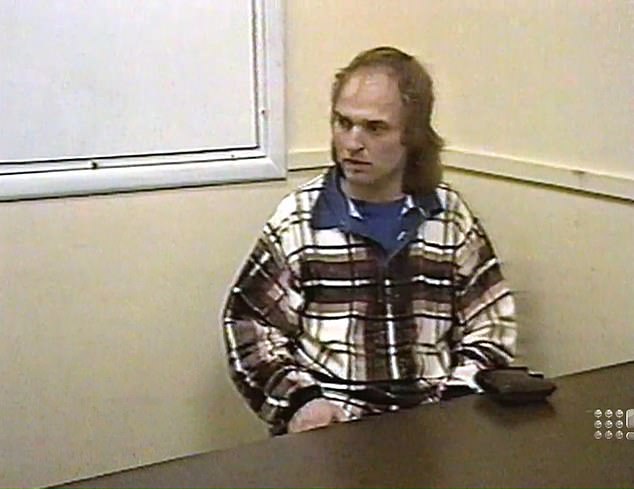 Greg Domaszewicz – pictured in 2003 while on trial over the murder of toddler Jaidyn Leskie, appeared in court this week while not actually appearing 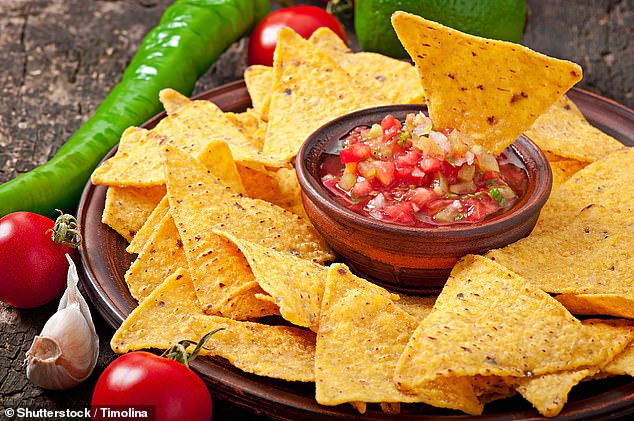 Daily Mail Australia can reveal the court is powerless to stop villains from screen grabbing, recording and sharing audio and vision of witnesses captured from the comfort of their own homes.

One man, who had been kidnapped, tortured and brutalised by his captor, had his photo sent about to fellow inmates labelling him a ‘dog’.

His image had spread throughout the prison within 10 minutes, forcing the man – who had been incarcerated on a minor traffic matter – into prison protection.

Video links had been used cautiously by the courts up until the pandemic made them a necessity.

In recent years they had been used on weekends to allow tired police officers to appear in court after working long night shifts.

They were also regularly used to stream in links from prisons and allow victims of crime, often rape victims, to provide their evidence remotely.

Even then, lawyers would argue against their use, arguing people behaved differently while not under the direct scrutiny of the court.

‘The constant delays and interruptions are just staggering,’ he said. ‘It’s very difficult running a case.’ 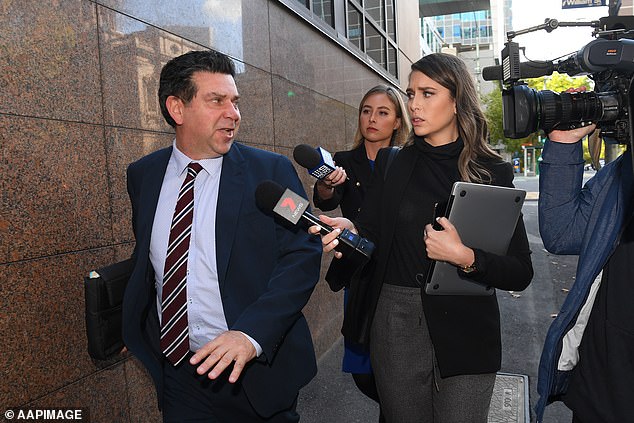 Lawyer Steven Pica (left) departs the Melbourne Magistrates Court in April last year. Crooks and lawyers rarely have to fight their way past the media anymore 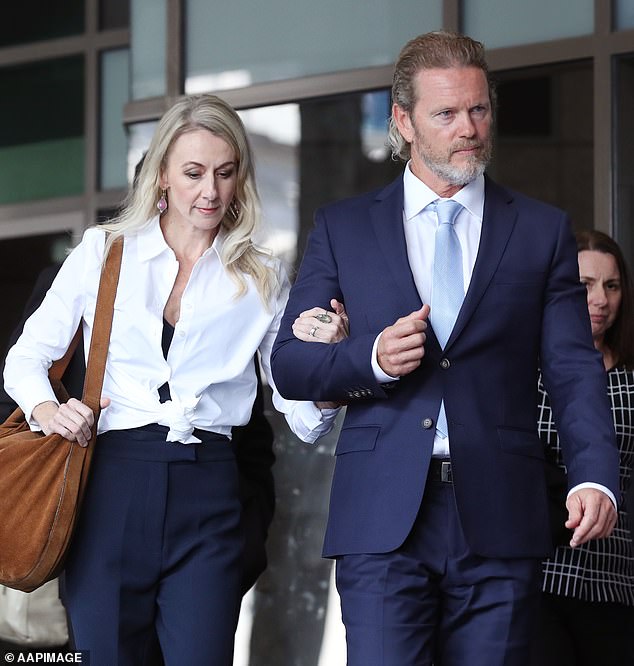 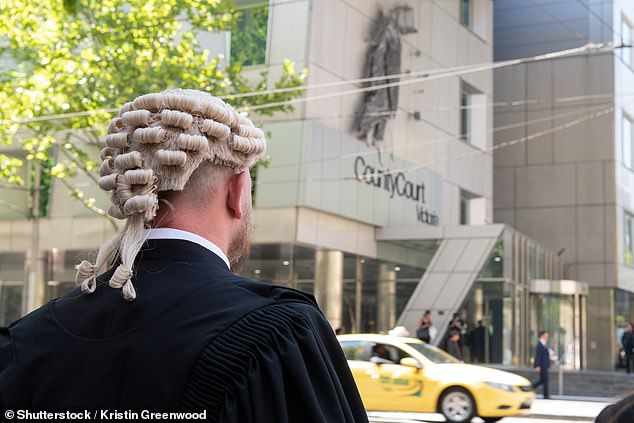 Barristers have been caught out linking into video hearings

While regarded as a win for the open court system, it is something Victoria’s lowest court had been eager to temper.

Over the past year, Daily Mail Australia has seen lawyers request video links so that crooks and witnesses do not have to face the media outside court.

In April, reporters were told the Chief Magistrate of Victoria planned to end video links for first remands and filing hearings and order a return to in-person appearances from the beginning of May.

‘Other matters will remain online while we finalise our plans to return a broader range of matters to in-person hearings,’ the court said at the time.

Then Covid hit again, locking down the courts for a fourth time.

‘Online hearings have been integral to the continued operation of the Magistrates’ Court during the COVID-19 pandemic, ensuring we can deliver justice while protecting the health and safety of our judicial officers, staff and court users,’ a spokesperson told Daily Mail Australia.

‘MCV continues to review operational requirements, in line with Chief Health Officer directions, to ensure we are offering the most appropriate combination of online and in-person hearings at each court location.

‘WebEx will be an important part of our service delivery model into the future.’