A criminal profiler who told police the murderer they were seeking would be a loner with an obsession with the occult led detectives to conduct a bizarre ‘honey-trap’ sting operation against an innocent man.

In July 1992, 23-year-old Rachel Nickell was brutally murdered on Wimbledon Common in the presence of her two-year-old son.

She was dragged into the undergrowth by a man who sexually assaulted her before stabbing her 49 times and slashing her throat.

In September of 1994, Colin Stagg, then 30, was acquitted of the ghastly crime after a judge threw out evidence gathered by an undercover female detective who spent months trading dark sexual fantasies with Mr Clegg.

In a new book, Mr Stagg’s defence counsel has shone fresh light on the strange case which left an innocent man in jail for a year, a murderer free to kill again, and a police officer with such extreme PTSD she successfully sued the Met for £125,000.

In July 1992, 23-year-old Rachel Nickell was brutally murdered on Wimbledon Common in the presence of her two-year-old son 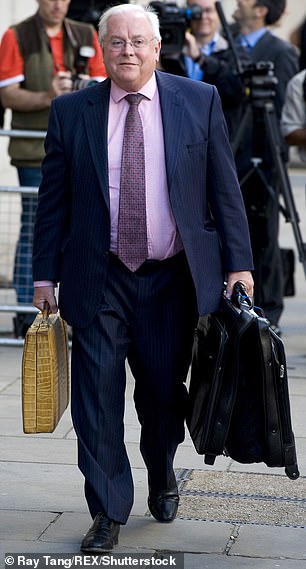 William Clegg QC has also poured scorn on the practice of criminal profiling, which he described as ‘rubbish based on guesswork’.

In his autobiography Under the Wig, the barrister writes: ‘Under the relentless gaze of the media, the investigators turned to a new development in police inquiries: criminal profiling.

‘A psychologist, Paul Britton, was asked to create a character portrait of the kind of individual who would have committed the crime.

‘Britton gave the police a description of the man they should be seeking.

‘He would be a sexually repressed loner who lived on his own close to the scene of the crime. He would be in his twenties or thirties, with an interest in the occult and in knives.’

Det Insp Keith Pedder, one of the original lead officers in the inquiry, said: ‘To me, the idea of using a psychologist to help solve a crime was the stuff of movies like Silence of the Lambs, not your meat and two veg of criminal investigation.’

But detectives worked closely with Dr Britton, who had also worked on the Fred West murders and was the inspiration for the television series Cracker.

Detectives knocked on doors around Wimbledon Common and questioned 32 men. They produced a photofit which four callers identified as Mr Stagg, who often walked his beloved dog Brandy on the Common.

Colin Stagg was 29, unemployed, a virgin, and a pagan. A woman with whom he had corresponded via a lonely heart ad contacted police to say he had shared graphic sexual fantasies.  And a witness picked him out of an identity parade.

He had no previous convictions but told police he sometimes sunbathed naked on the heathland.

The police became convinced they had found their man.

Mr Clegg wrote: ‘I think the police had convinced themselves that Stagg murdered Rachel. They became so desperate to solve the murder that they couldn’t imagine it being anyone else.’

Lacking a shred of physical evidence linking him to the murder they turned back to their profiler to design a covert operation to prove or disprove their suspect’s guilt.

Mr Clegg wrote: ‘Britton suggested that if a woman were to befriend the suspect and feign interest in violent sexual fantasies, he might end up admitting to her that he was the murderer.

‘Operation Ezdell was duly launched. (Britton has since denied that the sting operation was his idea.)’

A female detective who used the alias Lizzie James was brought in from Scotland Yard’s covert operations unit SO10.

Over five months of letters, phonecalls and four in-person meetings, she feigned sexual interest in him and he admitted to sexual fantasies involving violence.

According to reports he told the officer he had fantasised about Miss Nickell’s killing – but he never admitted responsibility.

In fact, when she wrote: ‘If only you had done the Wimbledon Common murder. If only you had killed her, it would be all right’, he replied: ‘I’m terribly sorry, but I haven’t.’ 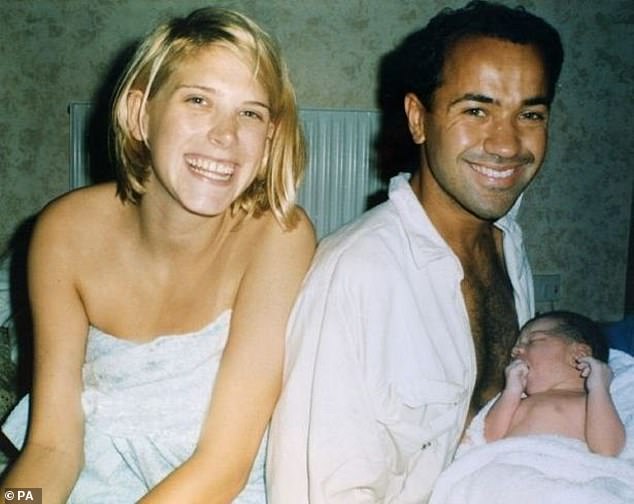 At that point, wrote Mr Clegg, profiler Paul Britton nonetheless claimed the conversations had satisfied him Mr Stagg was guilty of murder. He was arrested shortly afterwards.

At a lengthy legal hearing over whether the ‘honey-trap’ exchanges would be presented to the jury at the Old Bailey, according to Mr Clegg: ‘I disputed the expertise of Britton, arguing that his opinion was not properly to be admitted as expert evidence. When one analysed what he had done, I argued, one realised he was relying on guesswork and supposition.’

He argued that, had Colin Stagg volunteered incriminating information to an undercover officer that would have been perfectly well and good, but what had in fact happened was that Stagg had been tricked by police into saying things the criminal profiler merely claimed were incriminating.

The judge threw out the honeytrap evidence and the case was dismissed.  Colin Stagg, after spending a year on remand in Brixton prison, was free to return to his pet Brandy. 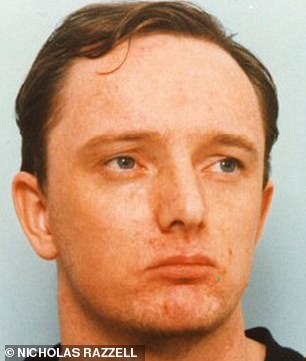 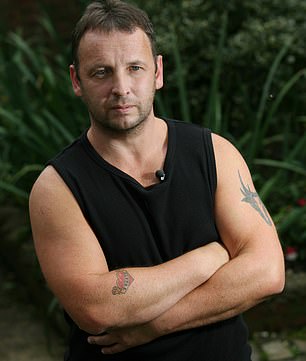 Colin Stagg in 1994 (L) and last year (R). The innocent man spent a year in prison on remand

The Old Bailey judge said the use of the honey-trap tactic was ‘not merely an excess of zeal, but a blatant attempt to incriminate a suspect by positive and deceptive conduct of the grossest kind’.

The detective from the Covert Operations Group, who was not criticised for her role, found the experience so stressful that she was off work for 18 months and later took early retirement.

She said the pressure of working on the case caused her to suffer post-traumatic stress disorder and accused Scotland Yard of failing to give her the necessary support.

She issued a writ against her employers in March 1999 and was reportedly awarded £125,000 compensation.

It was not until 2008 that Rachel Nickell’s son Alex, then 18, was granted some small measure of closure in the case, when Rachel’s true killer, serial rapist and murderer Robert Napper confessed to the crime.

Police missed a series of chances to arrest Napper before a four-year spree of sex and rape attacks, which included Rachel’s murder, was ended. 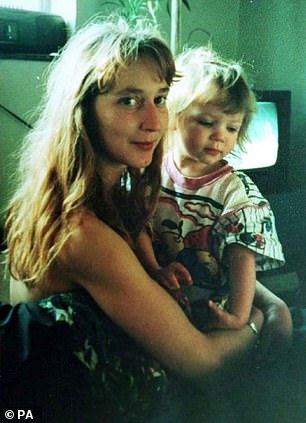 Robert Napper was arrested for the murder of Samantha Bisset and her daughter Jazmine, four, (pictured) in their one-bedroom flat in Plumstead, southeast London, in May of 1994. Eighteen years later he admitted killing Rachel Nickell in front of her infant son

Criminal profiling – the art of second-guessing – is often the stuff of Hollywood and television dramas.

In the Silence Of the Lambs, profiler Clarice Starling turns to psychopath Hannibal Lecter for help working out how to catch serial killer Buffalo Bill before he strikes again.

And before he was Hagrid in the Harry Potter movie franchise, Robbie Coltrane’s Cracker was an ascerbic  chain-smoking, Scottish criminal psychologist whose theories about killers’ behaviours helped Greater Manchester Police catch murderers.

In real life, offender profiling or criminal profiling is an investigative tool used to identify likely suspects especially in the case of a serial offender.

Psychological profiling seeks to identify a person’s mental, emotional, and personality characteristics based on things done or left at the crime scene.

Its use has grown steadily since the 1970s, but it has its detractors: ten years ago in The New Yorker journalist Malcolm Gladwell compared it to cold-reading and astrology for its lack of scientific rigour.

They failed to identify him as a suspect in the Wimbledon Common murder despite obvious similarities with other crimes of which he was accused.

But Mr Clegg has said he made the connection immediately, writing that when Napper was arrested for the murder of Samantha Bisset and her daughter Jazmine, four, in their one-bedroom flat in Plumstead, southeast London, in May of 1994, ‘the growing realisation that whoever had carried out the murders was almost certainly the person who had killed Rachel Nickell.

‘For a start, it is statistically very unusual for a stranger to murder a mother in the presence of a young child. Second, both killings took place on or next to common land. Third, both women were stabbed many more times than was necessary to kill. Fourth, there was a sexual element to the killings. Finally, Napper bore a striking resemblance to Stagg.’

After Napper’s confession the Met made a £706,000 payout and apology to Colin Stagg – against whom they had continued to brief after his acquittal.

Earlier this year he said he had blown it all within ten years on a livish lifestyle and bad investment.

In early 2015, Alex Hanscombe returned to the site of his mother’s murder for the first time since he was found, one month shy of his third birthday, clinging to her blood-stained body, begging her to get up.

He said afterward: ‘I was on the Common for about an hour and when I got to the spot, where she was murdered, I knelt down and said a prayer for my mother, saying how grateful I was for everything she had given me.’

Under The Wig by William Clegg QC is published by Canbury Press at £16.99.