How did Stephen Hawking live so long with ALS?

ALS has a life expectancy of about three to 10 years, but Stephen Hawking lived with the disease for more than five decades.

Despite being confined to a wheelchair since his early 20s, that didn’t hold back the esteemed theoretical physicist, who earned comparisons to Albert Einstein and Sir Isaac Newton for his research on the cosmos.

He lost his capacity to speak in 1985, but a voice synthesizer allowed him to continue communicating – from conversations to interviews – until his death in the early hours of Wednesday morning at home in Cambridge.

Hawking, who wrote 15 books and starred in the Simpsons and Star Trek, was the second very high profile ALS sufferer after Lou Gehrig, the baseball player who catapulted the rare disease into the public eye.

And yet, scientists still cannot explain what causes the disease, nor how to treat it, slow it, prevent it or cure it.

It means Hawking was something of a medical marvel, offering hope to ALS sufferers globally who have no idea at diagnosis whether they could hope to live as long as him.

Here, we explain what we know about his longevity. 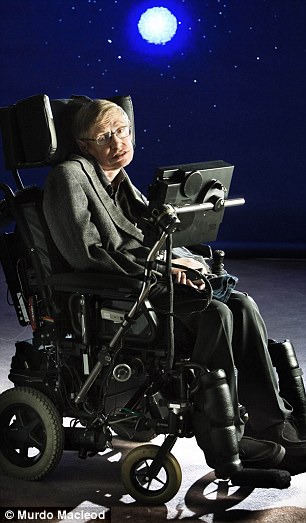 Hawking was given two years to live at 21 when he was diagnosed with ALS. He died at 76 years old early Wednesday morning at his home in Cambridge, beating the odds by 53 years

ALS is an acronym for amyotrophic lateral sclerosis.

It is also referred to as motor neurone disease, or Lou Gehrig’s Disease after the US baseball player when he was diagnosed in 1939 at just 36 years old.

WHAT IS THE LIFE EXPECTANCY?

Life expectancy for about half of those with the condition is three years from the start of symptoms. Some people may live for up to 10 years, and in rarer circumstances even longer.

Progressing as slowly as Hawking, however, occurs in just one percent of cases.

WHAT DID HAWKING TEACH SCIENTISTS ABOUT ALS?

Hawking’s case offered clear evidence to researchers that ALS is more variable than many realize.

There are multiple forms of the disease, generally broken down into four categories:

All of those forms have the potential to kill the patient by affecting the respiratory system (diaphragm) and muscles to swallow (which causes malnutrition and dehydration).

However, Hawking’s diaphragm and swallowing muscles remained intact until the end of his life.

It showed scientists that, if that is the case, the patient could live a much longer life than expected, even if they lose their capacity to move and talk.

His case also showed that ALS sufferers can escape damage to essential parts of the brain.

SOME REASON FOR HAWKING’S LONGEVITY

While scientists remain somewhat baffled by his long life, many posit that it could have something to do with him being diagnosed at such a young age.

The condition can affect adults of all ages, including teenagers, although this is extremely rare.

It’s usually diagnosed in people (mainly men) over 40, but most people with the condition first develop symptoms in their 60s.

Juvenile ALS, however, progresses at a much, much slower rate than later-in-life cases.

A lot of it, however, may be down do his genetics. Hawking famously did not use a ventilator, unlike the vast majority of other sufferers, suggesting the disease affected him in a way unlike most others.

Experts also believe much of his longevity may also be attributable to his high quality care.

WHAT ARE THE CURRENT TREATMENT OPTIONS?

It also tries to compensate for the progressive loss of bodily functions such as mobility, communication, swallowing and breathing.

The most esteemed treatment option is a drug called Radicava, approved by the FDA last year – the first drug approved for the disease in 20 years.

Radicava, the brand name for edaravone, was approved after a successful six-month clinical trial conducted in Japan.

In the trial, 137 participants were randomized to receive edaravone or placebo.

At week 24, individuals receiving edaravone declined less on a clinical assessment of daily functioning compared to those receiving a placebo.

Radicava is also associated with serious risks that require immediate medical care, such as hives, swelling, or shortness of breath, and allergic reactions to sodium bisulfite, an ingredient in the drug.

Some patients take the gamble of getting stem cell therapy, transplanting a donor’s immune system into their own body.

In some cases, the treatment has slowed or even reversed their symptoms. But in others, such as in the former NFL player Steve Gleason, it has drastically advanced the disease, since it can drive the body to attack itself.