How do Liverpool and Bayern Munich compare on the pitch ahead of last-16 tie?

Liverpool and Bayern Munich will go head-to-head in the first leg of their Champions League last-16 tie at Anfield on Tuesday night.

The Reds are suffering from a shortage of defenders with Virgil van Dijk suspended and both Joe Gomez and Dejan Lovren injured, leaving Fabinho to surely partner Joel Matip at centre back.

Bayern also have injury concerns of their own with Arjen Robben, Jerome Boateng and Corentin Tolisso all expected to be out. Thomas Muller is also suspended.

Ahead of the mouthwatering clash, Sportsmail compares their strongest XIs based on current form and fitness in our high court.

Alisson (Liverpool): Aside from a few nervy moments in the early stages of his Anfield career, the Brazilian finally looks to be the stopper Liverpool have been looking for since Pepe Reina.

He is very much proving to be worth the sizeable £67million investment Liverpool made in the summer. Alisson also made a crucial stop in the dying stages of their win over Napoli that got them through to the knockout rounds. 9/10

Manuel Neuer (Bayern Munich): The German has been arguably the best goalkeeper in the world for the past five years and has won almost everything possible in his homeland and on the international stage.

Neuer’s agility and distribution is second to none and the 32-year-old has managed to shake off an injury to his hand in order to be fit. 9/10 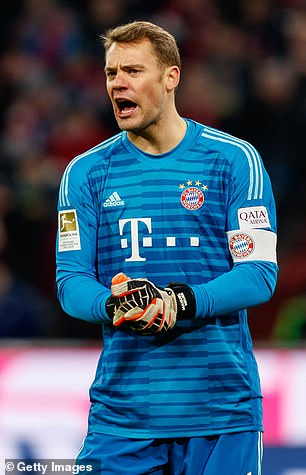 Trent Alexander-Arnold (Liverpool): Liverpool fans will be relieved to see the youngster has overcome a knee problem and should take his place in the starting line-up.

The 20-year-old has been a revelation in the last 18 months for Jurgen Klopp and offers a dynamism and offensive threat that Bayern must be wary of. 8.5/10

Joshua Kimmich (Bayern Munich): Coming from the German second division to establish himself as a world-class player by the age of 22, Kimmich has been one of Bayern’s most consistent performers in recent seasons.

Now 24, Kimmich has displayed immense versatility and looks equally adept at right back, centre back and defensive midfield thanks to his decisiveness and composure on the ball. 9/10 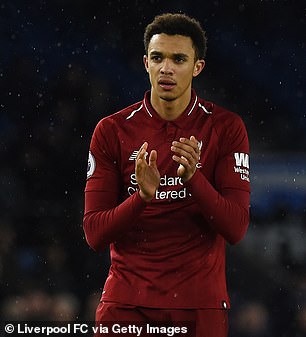 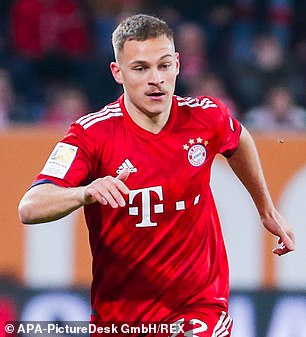 Fabinho (Liverpool): The Brazilian took his time to settle in after arriving from Monaco in the summer but has grown in importance at the base of Liverpool’s midfield in recent weeks.

He is expected to move back into defence on Tuesday night and impressed there in the 1-0 Premier League win at Brighton in January. 8/10

Niklas Sule (Bayern Munich): The German arrived from Hoffenheim in the summer of 2017 and took his time to dislodge Jerome Boateng from the team. He has managed to win a first-choice place now though.

At 6ft 5 with a huge frame, coupled with pace and power in abundance, the 23-year-old has played in all but two Bundesliga games this season. 8/10 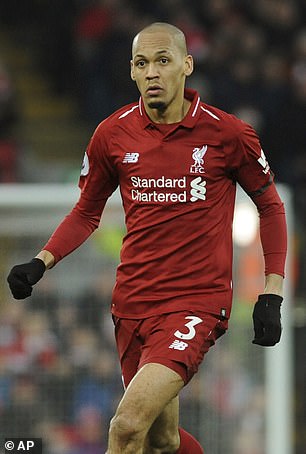 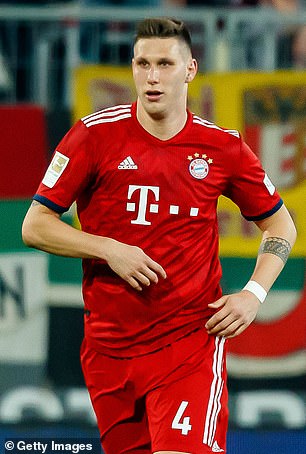 Joel Matip (Liverpool): When everybody is fit and available Matip is probably Liverpool’s fourth choice centre back but that shouldn’t be a marker of his ability. The Cameroonian is a shrewd operator with good passing range and defensive ability.

He must be at his best against Bayern though to help guide Fabinho through 90 minutes against one of the world’s best strikers in Robert Lewandowski. 7.5/10

Mats Hummels (Bayern Munich): Hummels and Sule have managed to build a strong partnership at both club and international level and will hope to continue that against Liverpool’s devastating attack.

Hummels has been one of the leading centre backs in the world for years now but will still hold memories of Liverpool’s dramatic turn around against his Borussia Dortmund team in the Europa League in 2016. 8.5/10 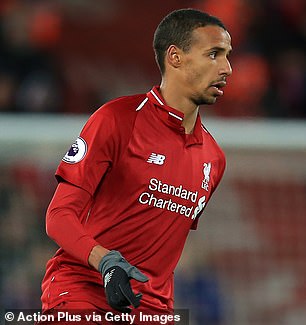 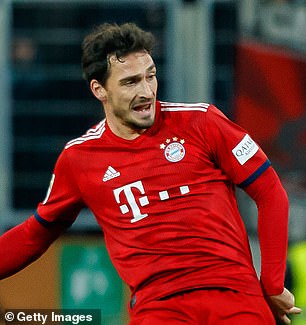 Andy Robertson (Liverpool): The Scot has become one of Liverpool’s most important players after breaking into the first team just over 12 months ago.

Robertson’s constant energy and endless running down the left flank will keep his opposition busy and his crossing, which compliments his defensive work perfectly, is always pinpoint. 8.5/10

David Alaba (Bayern Munich): Alaba’s dynamic and offensive nature must be reined in against the dangers of Sadio Mane and Mohamed Salah as Liverpool look to counter attack.

The Austrian’s pace means he can get back in time to recover and stop attacks while his ability to drive forward and cross from deep makes him a threat going the other way too. 8.5/10 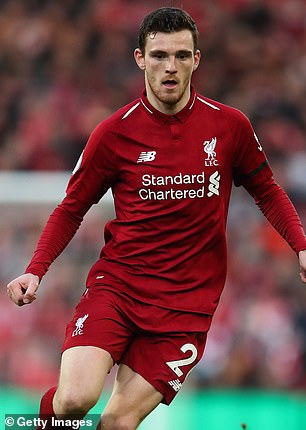 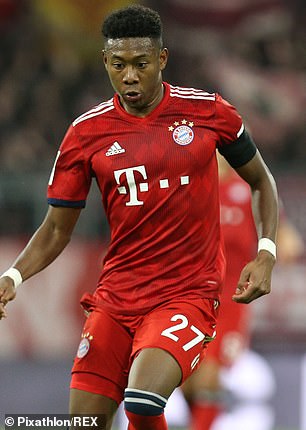 Jordan Henderson (Liverpool): The Liverpool captain still remains a divisive figure among fans. His energy and commitment is endless though and he continues to grow into his position at the base of Liverpool’s midfield.

In the absence of Van Dijk’s dominance at the back, Henderson must keep his emotions in check and navigate his team through a difficult contest. 8/10

Leon Goretzka (Bayern Munich): Goretzka was one of the most sought-after midfield talents in world football when he announced he would be leaving Schalke last summer on a free transfer.

He has settled into life at Bayern well and has become a regular starter in their midfield. He also has a taste for goals, netting six in 19 Bundesliga games so far this season. 8.5/10 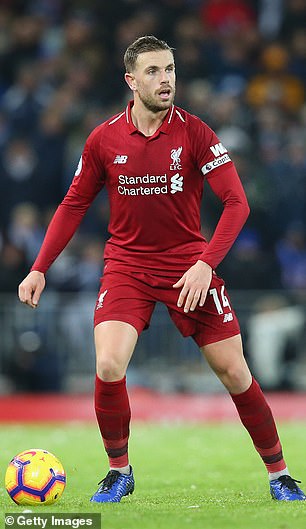 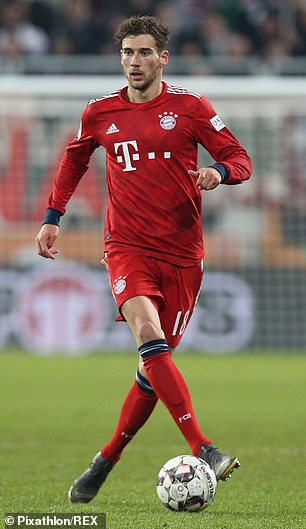 James Milner (Liverpool): Having been deployed at right back during Liverpool’s recent injury crisis, Milner will be relieved to return to a more familiar role on Tuesday night.

The veteran’s experience and constant running are both valuable assets and his leadership qualities will be needed in the heart of midfield. 8/10

Thiago (Bayern Munich): Thiago was signed from Barcelona by Pep Guardiola and even now remains the team’s midfield linchpin. He keeps them ticking over and is often the orchestrator of any attack.

He missed a game at the start of February with a muscle issue but has since returned to start both league matches. Liverpool must get a hold of the Spaniard early on. 8.5/10 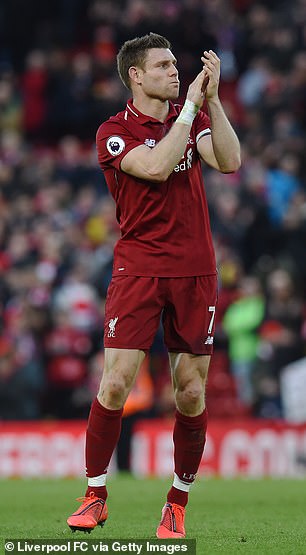 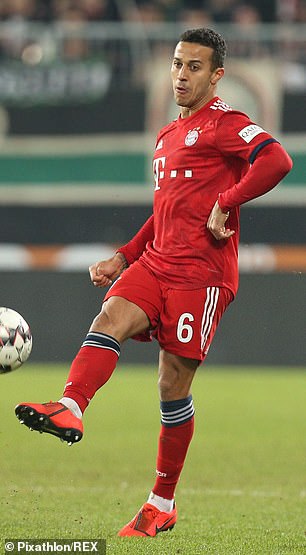 Georginio Wijnaldum (Liverpool): The Dutchman’s importance to this Liverpool team is laid bare when he is unavailable. Missing in the draw at West Ham, the Reds sorely missed his presence in midfield as they laboured to a draw.

His composure on the ball, the way he breaks up attacks and his energy to get forward and back make him the ideal midfielder in Klopp’s system. 8.5/10

James Rodriguez (Bayern Munich): Rodriguez struggled to make an impact at Real Madrid after joining in 2014 and has since been shipped off to Bayern.

The Colombian continues to frustrate and has been in and out of the team after failing to find consistent form. On his day, Rodriguez can be a match-winner but sadly those sort of performances are few and far between. 8/10 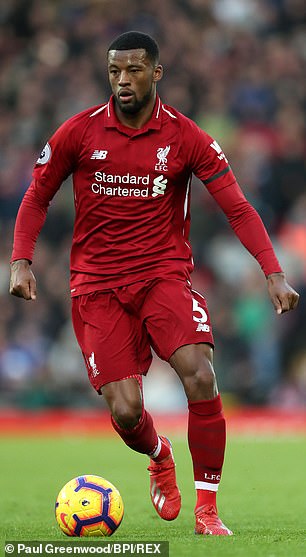 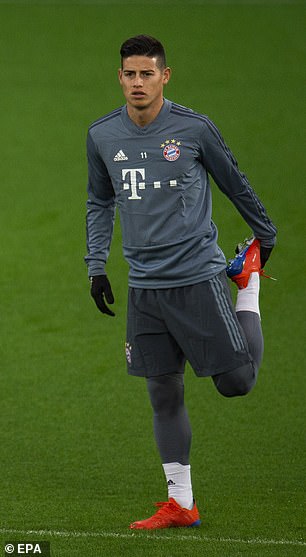 Mohamed Salah (Liverpool): Liverpool’s ‘Egyptian King’ has scored 20 goals in 34 appearances so far this season and some will still question whether he is truly performing at his best level.

Salah was immense in huge European ties with Manchester City and Roma last season and will need to replicate that sort of form to help the Reds past their German opponents. 9.5/10

Kingsley Coman (Bayern Munich): Not many players have played for Paris Saint-Germain, Juventus and Bayern Munich at the age of 22 but Coman has been moved around Europe’s elite without truly finding a home.

He went off injured after scoring two goals as Bayern twice came from behind to beat Augsburg on Friday night. With five goals in 15 appearances this term, Coman is more than capable of striking a decisive blow. 8/10 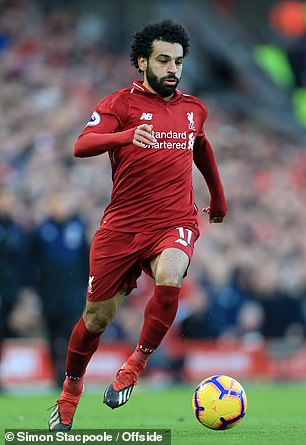 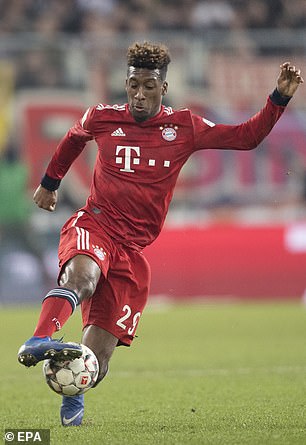 Roberto Firmino (Liverpool): Disaster appeared to striker Liverpool before the day of the game when Firmino was banished from training because he had a virus. Reports suggest the Brazilian always had a good chance of playing and he was pictured meeting up with his team-mates on Tuesday morning.

The Brazilian has been in-and-out of form so far this season but his ability on the ball and work rate mean he is the perfect foil to Salah and Mane. His inclusion is a major boost for the Reds 9/10

Robert Lewandowski (Bayern Munich): While Liverpool’s regular striker looks to be ill, Bayern have their deadly Polish forward available. Arguably the world’s most complete forward, Lewandowski has struck 25 times in 30 games in all competitions this season.

Klopp knows how best to handle the Pole from their time together at Borussia Dortmund and Matip and Fabinho will have to be at their best to keep him at bay. 9.5/10 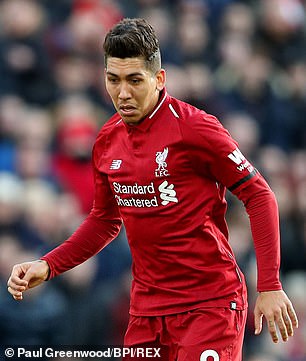 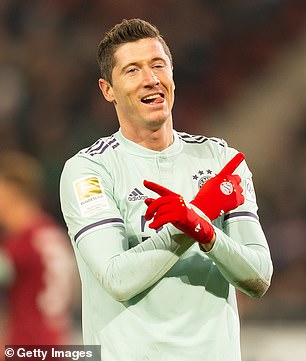 Sadio Mane (Liverpool): The left prong of Liverpool’s three-man attack has contributed four goals in his last four Premier League matches and his raw pace and power will worry Bayern.

Last season saw Salah and Mane tear Roma’s fragile defence apart in the semi-finals and if they can come close to replicating that performance at Anfield then the Germans are in for a long night. 9/10

Franck Ribery (Bayern Munich): Bayern had originally left Ribery out of their matchday squad for the game, but the Frenchman has now decided to join up with his team-mates.

Ribery, who at the age of 35 still remains a key figure in Bayern’s attack, only came on from the bench for the final 26 minutes on Friday night, with Serge Gnabry and Coman used on the wings. 8/10 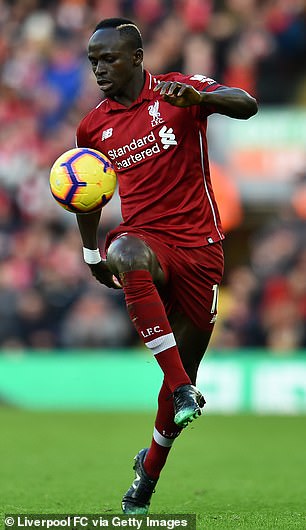 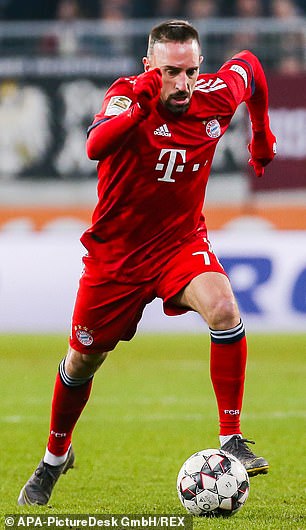