Marcus Rashford turns 20 on Tuesday and can certainly reflect with fondness on the teenage years he is now leaving behind.

The Manchester United and England striker’s meteoric rise over the last 18 months has been quite astonishing and the excitement for Rashford is that his best years lie ahead and the potential is limitless.

It’s easy to forget now that Rashford only burst onto the scene at Old Trafford in February last year, when he seized his chance by scoring two debut goals against Midtjylland to spare United humiliation in the UEFA Europa League. 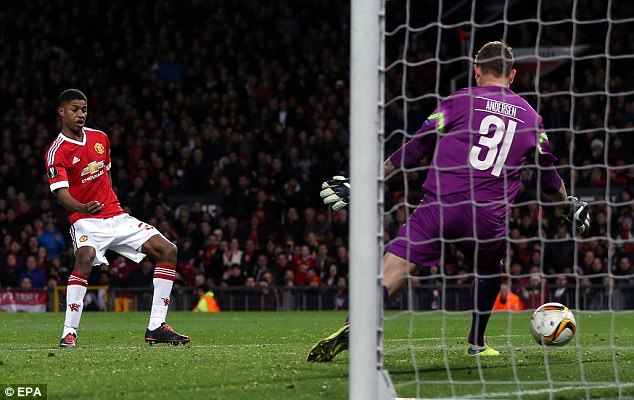 Rashford only played that night because Anthony Martial limped out of the warm-up and there were no other fit strikers for Louis van Gaal to call upon.

He hasn’t looked back, scoring twice on his Premier League debut against Arsenal three days later. Rashford has since scored on his debuts in the FA Cup, EFL Cup and Champions League, and within three minutes of his first England start.

There has been plenty of success for such a young player as well – Rashford has won the FA Cup, EFL Cup and Europa League with United, the perfect start to what looks certain to be a glittering career. 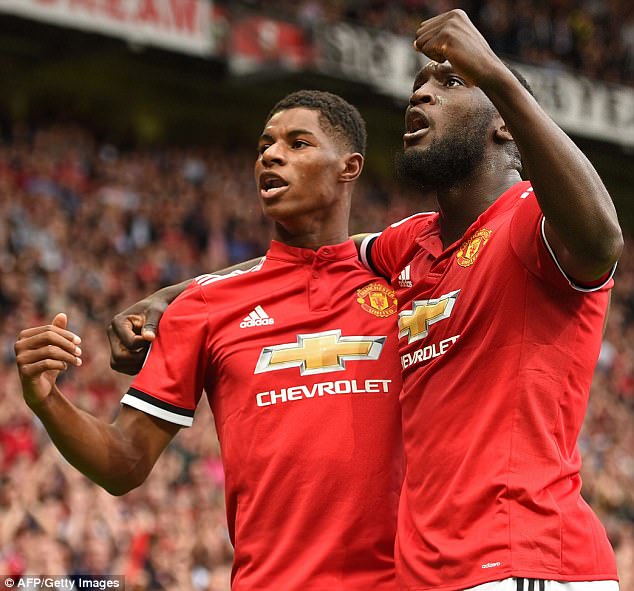 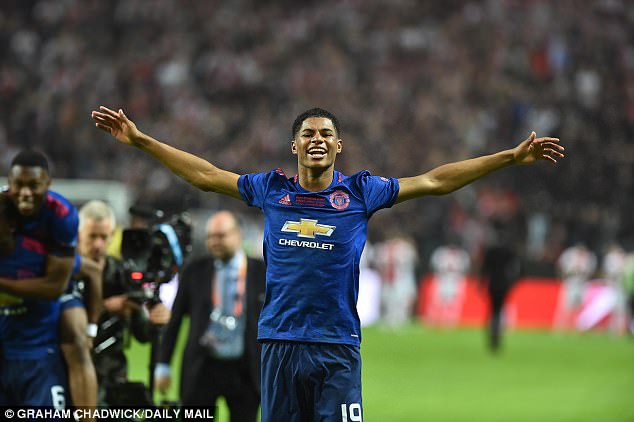 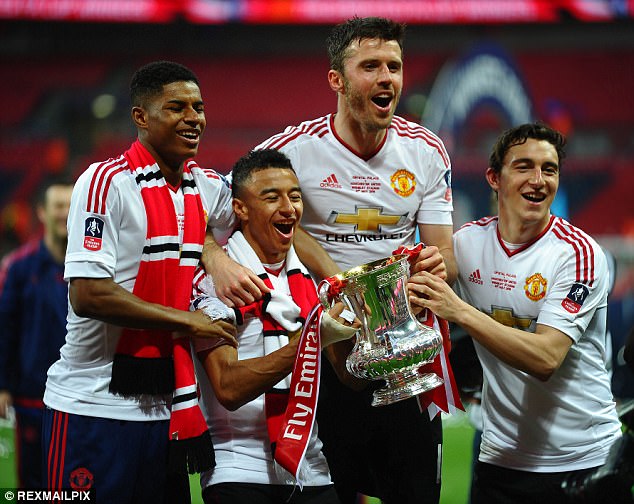 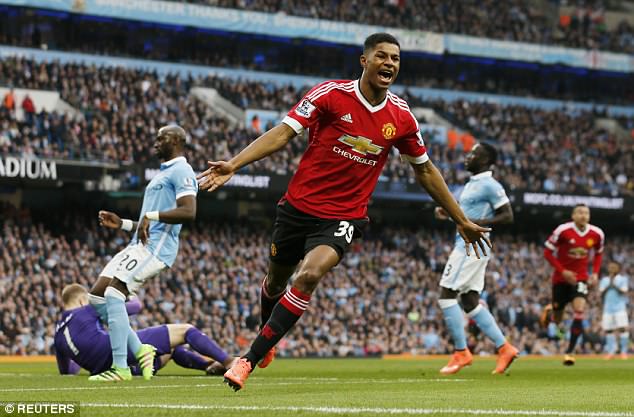 Rashford has scored some crucial goals, including this winner at Manchester City in 2016

He has scored 26 goals in 87 appearances for his club and two goals in 13 caps for England and has been in especially good form at the start of the current campaign.

But Rashford comes in only joint-10th on the list of teenage goalscorers in the Premier League. His tally of 13 league goals put him on a par with Emile Heskey, though one ahead of Ryan Giggs.

It’s Liverpool players who shine in this list, with Michael Owen scoring 40 goals as a teenager and Robbie Fowler netting 35 times in Premier League matches.

Rashford will have a great chance to mark his 20th birthday in style when United play Benfica in the Champions League on Tuesday night. 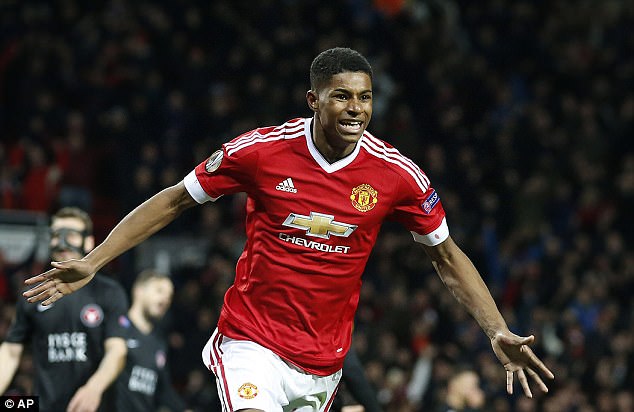 Rashford celebrates scoring during his United debut against Danish side Midtjylland 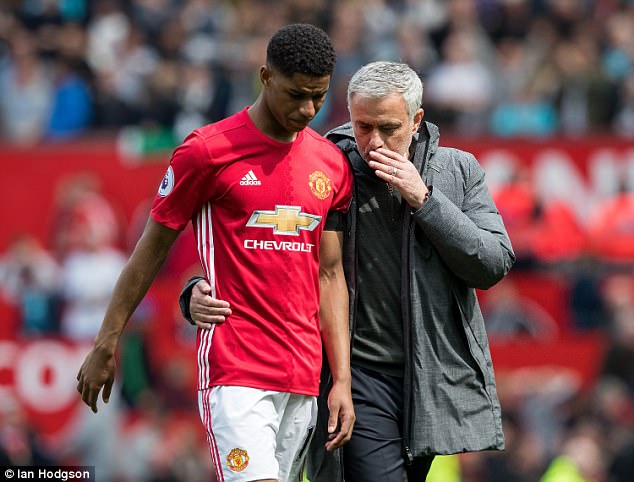 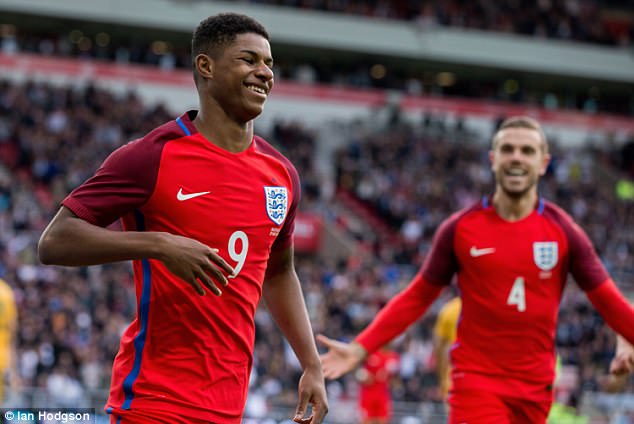 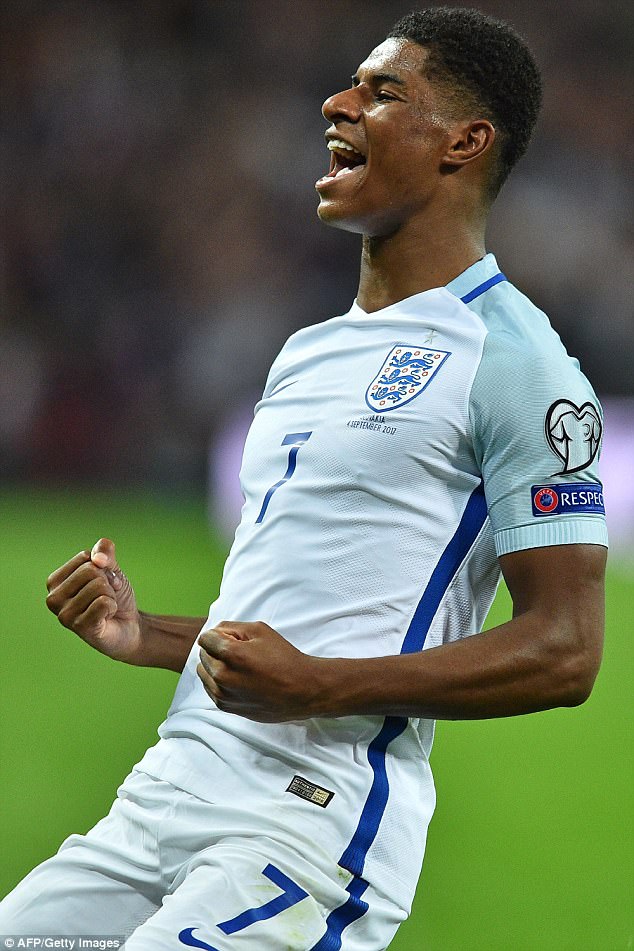