The government based its app off one used in Singapore, TraceTogether, where the biggest issue was not privacy – but battery life.

When Australians download the app, they are prompted to give it certain permissions, including turning Bluetooth on and enabling location sharing – which are proven to drain battery life.

Just 12 per cent of people in Singapore have downloaded the app, after many discovered it drained their charge within hours – with iPhone users unable to use their phones while it was in use.

Both the Singaporean version and Australia’s own COVIDSafe use Bluetooth to connect with nearby phones to determine who a person has been into close contact with.

It means that if a user later tests positive for COVID-19, officials can easily find out who else may be at risk.

To run the COVIDSafe app, users have to agree to turn their battery optimization off – meaning they cannot try and use a power saving mode

For those with Android phones, they are able to use their device as normal, with COVIDSafe running in the background – but still using battery life.

WHAT PERSONAL DATA IS COLLECTED?

– The name you choose to provide

– Information about your encrypted user ID

– Information about testing positive for coronavirus

– Contact IDs should you consent to that being uploaded.

– Bluetooth data is also uploaded, so officials can decide who needs to be notified if you test positive

But iPhone users in Singapore soon found the app had to run permanently, not in the background but on the screen, rendering phones useless and users unable to work other apps.

The Australian government believes it has already solved the problem seen in Singapore, with the fix due to be brought in within a few weeks.

But it doesn’t mean that battery usage won’t be affected.

One user on Twitter revealed they had to delete the app after it drained their battery in just three hours.

‘I downloaded it at around 9am this morning,’ she wrote.

‘At midday I deleted it. My Note 10 plus lost 20 per cent battery in that time – it would normally only lose about 8 per cent.

‘I’m open to the idea of an app, but not if my phone isn’t available when I need it.’

Addressing concerns it may drain battery, the Department of Health’s Daniel Keys said  those already running Bluetooth on their phones will not notice a difference.

This means if you do not normally have Bluetooth running, but do so purely to use the app, you will notice a chance in your battery life.

‘If you are already running Bluetooth it only uses marginal normal battery life compared to any other app,’ he told reporters on Monday.

‘So if you use it, it’s only a marginal increase on the battery drain of the phone. 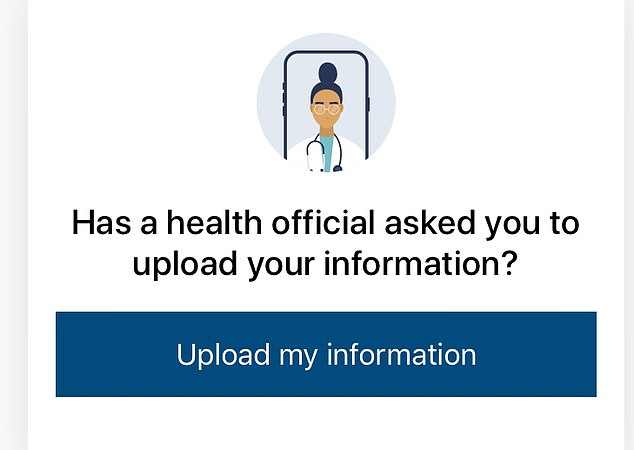 Another prompt on the app asks whether ‘a health worker asked you to upload your information?’

Even Australian officials warned that if an iPhone user is trying to save battery in low power mode, it affects the app’s ability to trace contacts.

Those with Android phones are prompted to disable ‘battery optimization’, as the app needs devices to be running at full capacity.

The flaws mean a user cannot try and save battery, even if you’re running low.

For the app to work, it must run in the background at all times as it uses Bluetooth to scan for other devices every minute.

‘COVIDSafe app needs to be open to work effectively,’ the government’s covidsafe.gov.au website said on Sunday.

‘Keep the app open and notifications on when you’re out and about, especially in meetings and public places. Activate the in-app power saver mode (flip your unlocked device upside down or face down while the app is running). 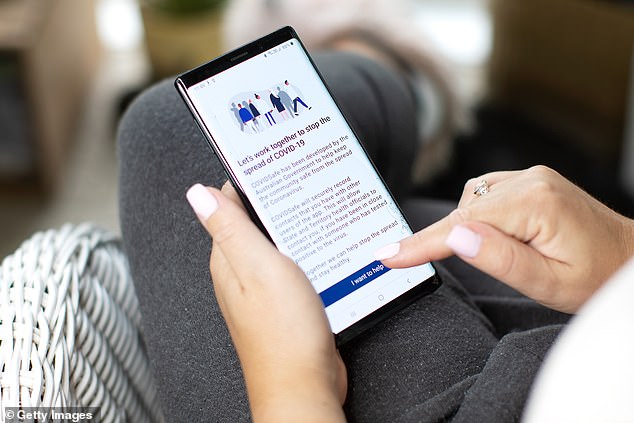 ‘This keeps the app open with a dimmed screen so that it can detect other devices running COVIDSafe app.’

This advice was later changed to: ‘Keep COVIDSafe running and notifications on when you’re out and about, especially in meetings and public places.’

It is not mandatory to download the app, but officials are hoping for widespread uptake – which will be difficult if it proves a drain on battery life/

When COVIDSafe is downloaded, it prompts users to  allow it certain permission to operate on the phone.

Disabling battery optimization means the app cannot be put into sleep mode or on standby, meaning it will continue to run in the background 24/7.

Having apps on in the background can kill a phone’s battery within hours.

Chief medical officer, Brendan Murphy, has previously said he wanted more than 50 per cent of the population to download the app.

The aim of COVIDSafe is to assist with the contact tracing process, one of the most time-consuming but effective ways of stopping coronavirus spreading further.

‘It assists in the early alert and finding of people who may have been in contact with a person who is positive with a diagnosis,’ Health Minister Greg Hunt said on Sunday.

Deputy Prime Minister Michael McCormack insisted the app was safe, and pledged that his whole family would be downloading it. 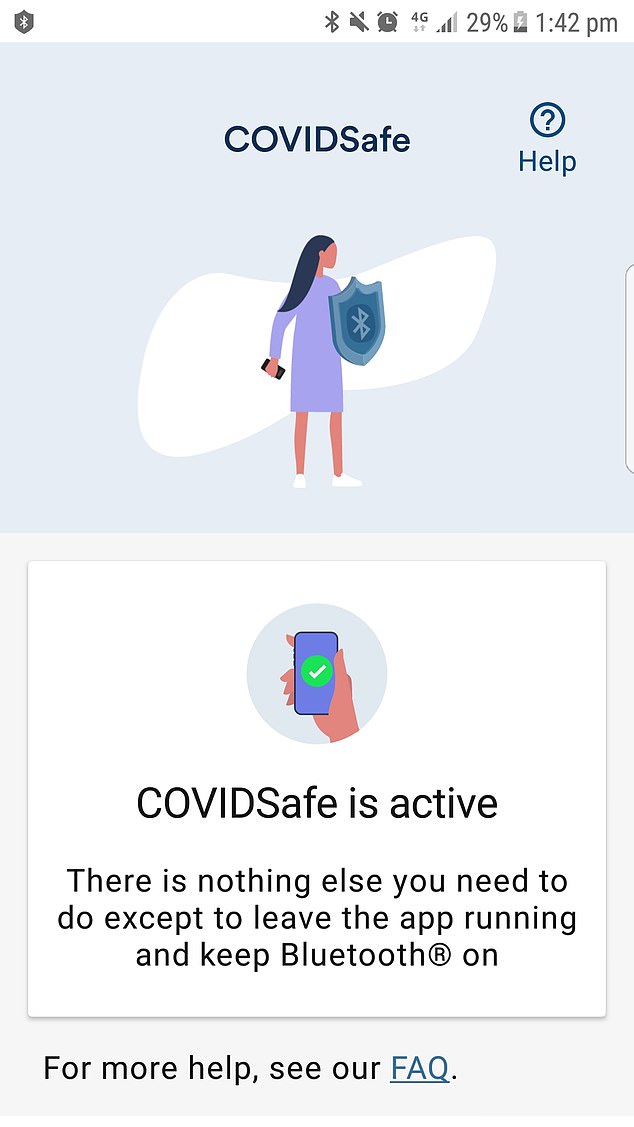 If you give the app permission to turn on your Bluetooth, have access to your location, turn off battery optimization and allow push notifications, the app starts running (pictured)

Privacy concerns have been an issue for many people who don’t like the idea of the government using their mobile phones to track them.

Mr Hunt addressed those privacy concerns on Sunday, saying the data was encrypted and that nobody had access to it other than public health officials for the limited purpose of coronavirus contact tracing only.

He said there was no geolocation, that courts would be prohibited from accessing the data, that the information had to be kept on servers located in Australia and that it would be deleted once the pandemic was over.

Those who are diagnosed are asked permission a second time to consent to release the data from their phones.

More than 1.13 million people downloaded the voluntary app within the first 12 hours of its release on Sunday evening.

The federal government is aiming for more than 10 million people to use it.