Facebook tried to undermine rivals including Snap by telling influencers not to include external links to their sites and threatening to remove their blue ticks on Instagram if they did, according to documents contained in a dossier on its dirty tactics labelled Project Voldemort.

The tactic is one of several used by Facebook to try to squash competition, according to officials cited by The Wall Street Journal on Monday.

Others include Mark Zuckerberg allegedly telling Snap CEO Evan Spiegel that if he did not agree to sell to him at his desired price, he would face years of Zuckerberg trying to duplicate Snap’s features.

He is said to have given the same ultimatum to Dennis Crowley, co-founder of Foursquare Inc.

The tactics are among those now being examined by government anti-trust investigation into Zuckerberg and the company. 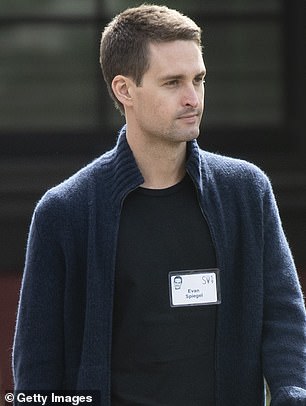 Mark Zuckerberg tried to threaten Evan Spiegel by telling him to accept the price he was offering for Snap, formerly known as Snapchat. Snap Inc CEO Evan Spiegel turned down Facebook’s offer to buy it for $3billion in 2013

According to the Journal’s report, insiders at Snap – formerly known as Snapchat – have long been accustomed to Facebook’s attempts to trample competitors.

For years, the legal team at Snap has been keeping a file on those efforts.

The file was given the suitably nefarious name Project Voldemort, in reference to the all-seeing Harry Potter villain whose name is seldom spoken for fear of retribution.

They say that despite users employing hashtags like ‘Snapchat’, content was never promoted on Instagram’s ‘explore’ feature. They also think that Instagram blocked searches of Snap hashtags.

Another tactic was to approach influencers and threaten to shrink their platform if they promoted Snap.

According to the dossier, Facebook told the influencers they would risk being stripped of their blue ticks which verifies them as legitimate users if they kept promoting Snap.

Facebook was able to learn about how popular Snap was becoming after acquiring Onavo, an Israeli start-up which was an analytics company. 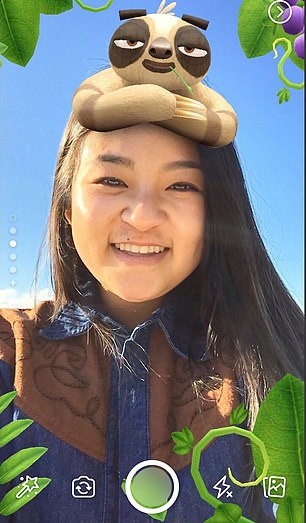 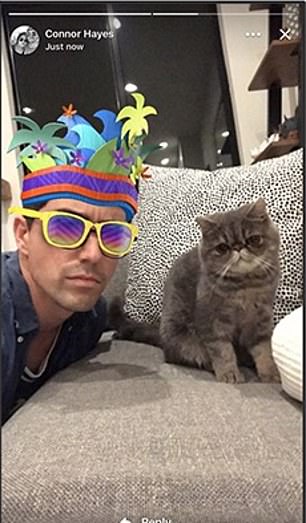 Facebook soon started imitating Snap’s most popular features – its stickers and filters – after they were released. Left, an example of a Snap. Right, a tile from a Facebook story

It redirected internet search traffic to Facebook’s servers so Facebook could see which apps people were using most.

While they would not have been able to see the content that was being shared on Snap, if a user had both Snap and Onavo on their phones, Facebook would be able to tell how often they used Snap.

Onavo claimed to protect users privacy when they searched the internet.

It was shut down amid growing concern about Facebook’s data privacy policies earlier this year.

Zuckerberg has been under constant fire for the last two years with concerns over his tech monopoly ranging from privacy and data concerns to politics and censorship.

The lawmakers say he cannot be trusted to self-govern, especially given how many scandals it has been rocked by. He is resisting on every turn.