How fears of a Labour government have already sent investors running

At the peak of the financial crisis a decade ago, I found myself bombarded by friends with questions as to what they should do with their cash to keep it safe.

Once again, many of the same concerns are haunting people of means. A high degree of uncertainty has unsettled their lives.

The precise impact of Brexit on business interests obviously is a factor.

But even though it could reshape the way we are governed and live for generations, it does not cause the same amount of consternation as the potential sight of Jeremy Corbyn and his Marxist Shadow Chancellor, the deceptively bank manager-like John McDonnell, marching up Downing Street.

Threat: Jeremy Corbyn and his Shadow Chancellor, John McDonnell are seen by many as a more serious threat than Brexit

McDonnell’s lengthy Who’s Who entry declares ‘generally fomenting the overthrow of capitalism’ as one of his recreations.

At the heart of the issue for everyone who believes in free markets are Labour’s economic and financial proclamations.

Aside from the threat of wholesale nationalisation, ranging from the railways to the big six energy companies and land banks held by housebuilders, Labour wants to overhaul property rights and taxes.

One McDonnell idea is to grab 10 per cent of the shares of every company, public and private, with more than 250 workers.

The result of which would be a calamitous fall in stock markets and wealth held in shares.

Among the policies outlined is a restoration of taxes on companies to previous higher levels of 30 per cent or more, from the current 19 per cent.

This is despite the evidence showing that the lower rate has generated more income because it disincentivised avoidance.

The changes to personal taxation proposed include a return of the highest-rate 50 per cent band on people earning £80,000 a year, plus tax surcharges on existing wealth. 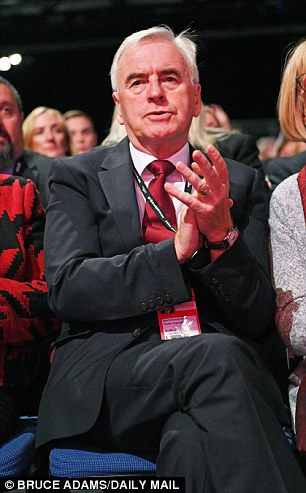 Given these threats both in the past and more recently it is not surprising that many people are already taking actions to protect their interests.

Baron de Rothschild, the effective head of the famous banking dynasty, saw his family’s French wealth all but destroyed by the late President Mitterrand’s nationalisation of banking.

He had to rebuild from the ground up under Mitterrand’s successors. More recently, the Francois Hollande government in France (2012-17) raised the top rate of tax to 80 per cent.

This triggered a large migration of French nationals from Paris to London to escape the blight of unconscionable high taxes.

Several trends are emerging as investors seek defensive strategies. Some of the most wealthy have been engaged in disinvestment from the UK, moving wealth offshore to low-tax destinations.

A mixture of concerns about the future of the retail market in Britain and America (partly as result of the competition online) led him to cash out of his Westfield shopping centre group.

He sold to European retail holding company Unibail-Rodamco for an astonishing £18.5billion in cash. 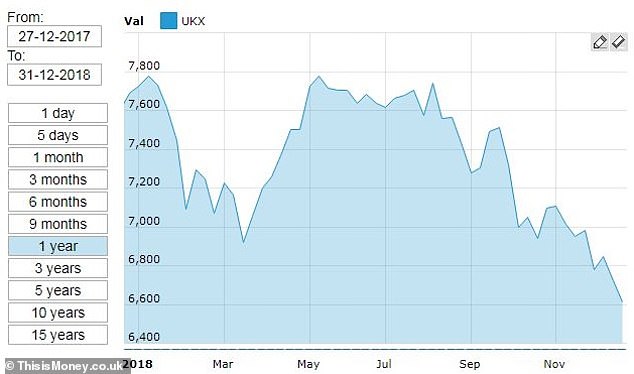 It’s been a rough year for the FTSE 100, which has fallen 16 per cent from its May high

An estimated £800bn has left the UK

That money is moving out of the UK is indisputable. A recent survey by data crunchers EPFR (part of the Informa media group) found that £800billion has left UK equity funds, money invested in UK shares, since the Brexit referendum in June 2016.

A survey of financial advisers for blue-blooded investment house Schroders found that 35 per cent of the clients have moved money overseas because of Corbyn-related concerns.

The United States is the most favoured destination for UK residents. When I recently questioned a property philanthropist about what he proposed to do about Corbyn he confirmed that he already had taken precautionary action, preferring to invest new money overseas rather than the UK.

A pharmaceuticals entrepreneur has tipped much of his wealth into a charitable foundation where it should be safe from Labour’s marauders.

Another family I know was advised by their Manchester-based financial advisers to rewrite will and inheritance plans.

Using actuarial tables the adviser conducted an audit of life expectancy, generously budgeting for each year including putting money to one side for care costs at the end of life.

Having assessed actual needs the remainder of the money is now being distributed to children and grandchildren with instructions to make sure it is spent or locked up in tax-efficient vehicles, such as pension funds.

Other friends are focusing on holding some of their wealth in more traditional stores of value such as gold bullion and diamonds.

Josh Saul of the City-based Pure Gold Company reports an upsurge of bullion buying as a result of Brexit uncertainty and the increasing risk of a Jeremy Corbyn-led government which might follow.

Do you want another Brexit vote?

‘The majority of our clients are buying gold for the long term but there has been a 36 per cent uptick in clients buying gold to hold for the short term and take advantage of market volatility.

Other buyers have sold property and converted it to gold rather than have a large sum of cash in a bank account.

‘Some of them are waiting for a better buying opportunity as they expect property prices to fall in the near future.

‘While they wait they seek protection in something they know will be there in the morning.’

Not everyone is panicking at the prospect of a Corbyn-led government.

But the examples of socialism in France under Hollande, and the extreme example of economic and social collapse in Venezuela, offer haunting images of what can go wrong.

Clever money already has moved offshore and property developers have in some cases been liquidating portfolios.

Individuals are establishing assets in Florida, among other places, to make sure their wealth is out of reach of Brexit turmoil and Corbynism.

In making such difficult choices, they have history on their side.