Britain enters a new era tonight after nearly four years of intense civil war over whether Brexit should happen.

Since the beginning of 2016, politicians have been engaged in a bitter struggle for the soul of the country.

The period has been among the most dramatic in the UK’s history – with three Prime Ministers, a referendum and two elections.

The deadlock was finally broken on December 12, when Boris Johnson won a stunning Tory majority with his simple message of: ‘Get Brexit done.’

Here are some of the key dates as the chaos unfolded.

February 20, 2016: David Cameron announces the date for the referendum on whether to leave the EU.

July 13, 2016: Theresa May becomes PM after seeing off challenges from Boris Johnson and Michael Gove.

March 29, 2017: Mrs May formally notifies the EU that the UK is triggering the Article 50 process for leaving the bloc.

June 8, 2017: The Tories lose their majority in the snap election called by Mrs May in a bid to strengthen her hand on Brexit. Mrs May manages to stay in power propped up by the DUP. 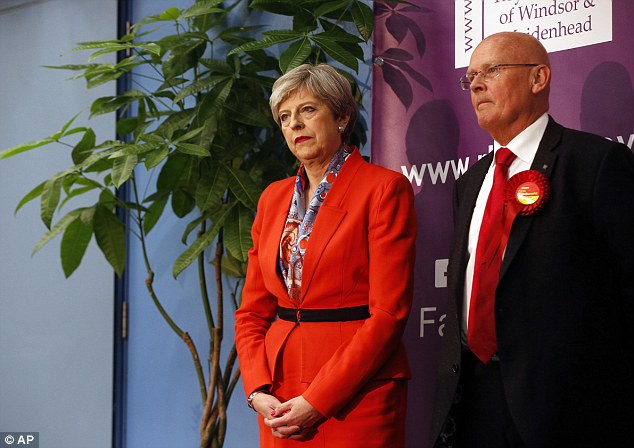 The Tories lost their majority in the snap election on June 9, 2017, which was called by Theresa May in a bid to strengthen her hand on Brexit. She is pictured at her count in Maidenhead

July 12, 2018: Mrs May forces her blueprint for the future relationship with the EU through Cabinet during lengthy talks at Chequers. But both David Davis and Boris Johnson resign afterwards.

November 2018: Mrs May finally strikes a Withdrawal Agreement with the EU, and it is approved by Cabinet – although Esther McVey and Dominic Raab resign.

December 2018: Mrs May sees off a vote of no confidence in her leadership triggered by Tory MP furious about her Brexit deal.

January 15-16, 2019: Mrs May loses first Commons vote on her Brexit deal by a massive 230 votes. But she sees off a Labour vote of no confidence in the government.

March 12, 2019: Despite tweaks following talks with the EU, Mrs May’s deal is defeated for a second time by 149 votes.

May 24, 2019: Mrs May announces she will resign on June 7, triggering a Tory leadership contest.

July 23-24, 2019: Mr Johnson wins the Tory leadership battle after solemnly vowing that Brexit will not be extended beyond October 31, and becomes PM the following day. 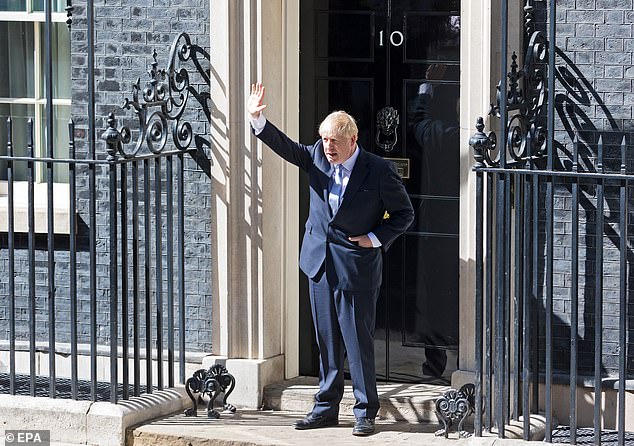 Mr Johnson won the Tory leadership and became PM in July last year, after solemnly vowing that Brexit will not be extended beyond October 31

September 3-4, 2019: MPs seize control of Commons business and pass a law requiring a Brexit extension to avoid No Deal. Mr Johnson tries to call a snap general election but does not secure the two-thirds majority of MPs needed.

September 24, 2019: The Supreme Court declares the prorogation of Parliament illegal.

October 21, 2019: Mr Johnson strikes a new Brexit deal with the EU, incorporating many elements of Mrs May’s but deleting the Northern irish backstop and proposing a much looser alignment.

October 22, 2019: MPs approve Mr Johnson’s deal at second reading stage in a major breakthrough – but they vote down his proposed timetable and vow to try to amend the Bill later. The PM responds by pausing the legislation and again demanding an election.

October 29, 2019: MPs finally vote for an election, after the SNP and Lib Dems broke ranks to vote in favour, forcing the Labour leadership to agree. 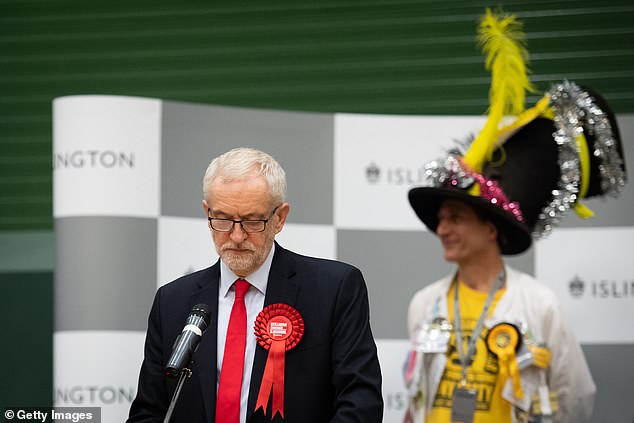 In the election on December 12, 2019, Jeremy Corbyn’s Labour recorded its worst performance since 1935 after he sits on the fence over Brexit. He is pictured at the Islington North count

December 12, 2019: The Tories win a stunning 80 majority after vowing to ‘get Brexit done’ during the campaign. Jeremy Corbyn’s Labour records its worst performance since 1935 after he sits on the fence over Brexit, saying there should be a second referendum and he wants to remain neutral.

December 20, 2019: The new-look Commons passes Mr Johnson’s Withdrawal Bill by a majority of 124.

January 9: EU Withdrawal Agreement Bill cleared its Commons stages, and was sent to the House of Lords.

January 22: The EU Withdrawal Bill completed its progress through Parliament after the Commons overturned amendments tabled by peers, and the Lords conceded defeat. 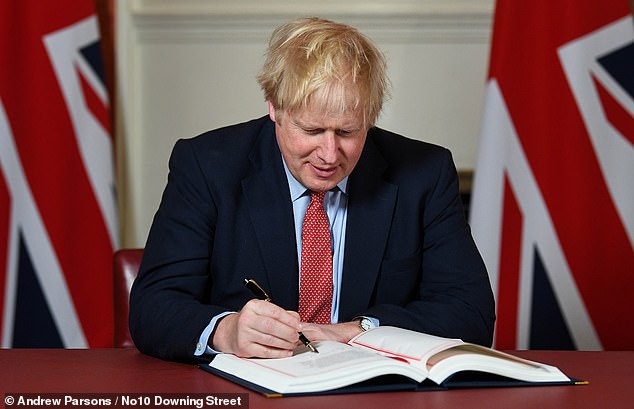 January 29: MEPs approve the Withdrawal Agreement by 621 to 49. Amid emotional scenes in Brussels, some link hands to sing a final chorus of Auld Lang Syne.

11pm, January 31: The UK formally leaves the EU – although it will stay bound to the bloc’s rules for at least another 11 months during the transition period.