Fred West joked about his crimes when he showed police the location of his victims in the basement his home, a detective on the horrifying case has revealed.

The infamous serial killer murdered at least 12 young women and girls between 1967 and 1987, burying the remains of nine under 25 Cromwell Street in Gloucester.

Now, Terry Moore, the deputy senior investigating officer on the case, has revealed how West showed police around his property after admitting to the killings. 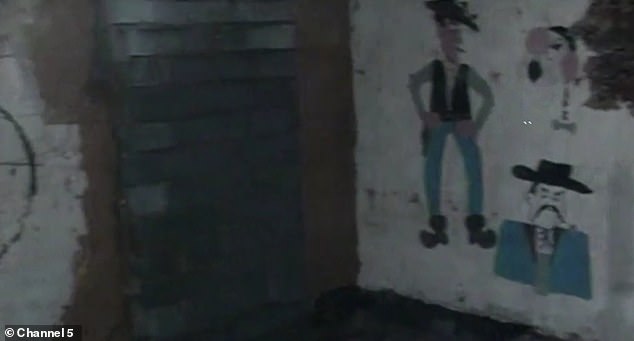 Police were shown around the basement of the home in 1994, which had drawings on the walls 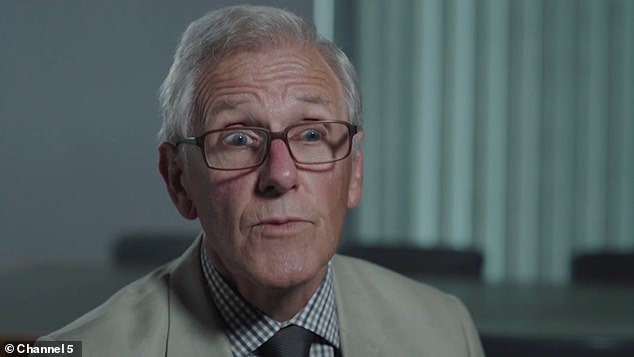 Detective chief inspector Terry Moore, the deputy senior investigating officer on the Fred and Rose West case in the 1990s, has spoken out on Channel 5 to give his first TV interview

Giving his first TV interview, Mr Moore told a Channel 5 documentary how West led police through the home and basement, showing the location of his victims.

The detective chief inspector said: ‘We took him to 25 Cromwell Street, and he was quite able to pinpoint where all of the victims there had been actually buried.’

West used a spray paint can to spray crosses and wrote the word ‘bodey’ on the wall with a pencil to show police in 1994 where he had buried his victims.

Mr Moore said: ‘He was slightly jokey about things, it wasn’t ‘I’m full of remorse and I shouldn’t have done…’. It was nothing like that. It was just very matter of fact. 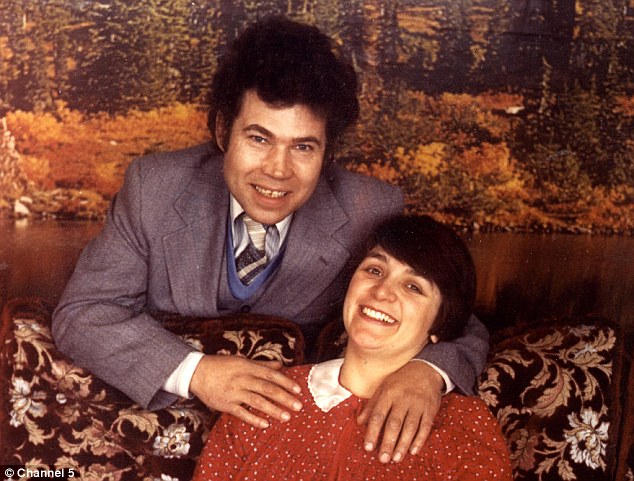 Fred West murdered at least 12 young women and girls between 1967 and 1987 in Gloucester, while his wife was convicted of ten killings and is still in jail today, serving a whole life sentence 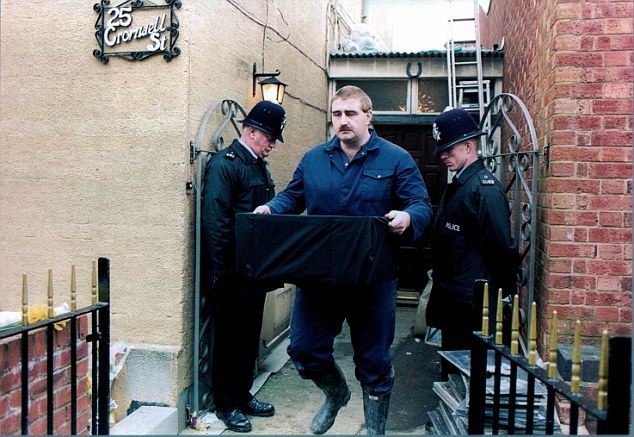 Mr Moore also told how police had initially been investigating the disappearance of the Wests’ eldest daughter Heather who had not been seen for six years.

He said: ‘I led the team of officers to the address along with the search team Fred was out doing work, rose was there at the time.

‘From Rose there were some choice words, but she could see we’d come armed with digging equipment and we were not going to be swayed by anything she said.’

The documentary revealed that while Rose used to hit the children, West used to joke that ‘if you’re not careful, you’re going to end up in the garden, under the patio’.

Mr Moore said: ‘It wasn’t treated particularly seriously, thinking that it was probably something that was just being said and not necessarily being believed at that stage.’ 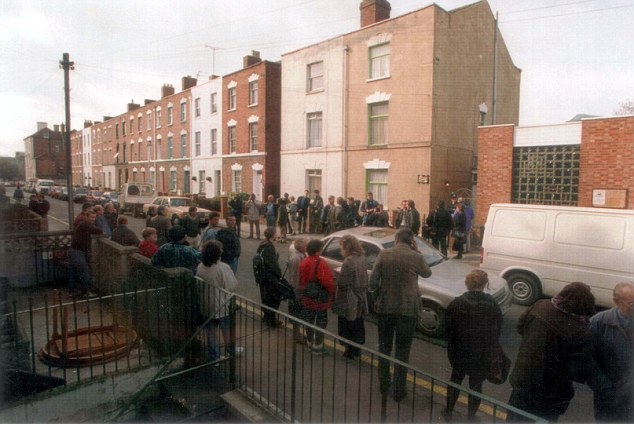 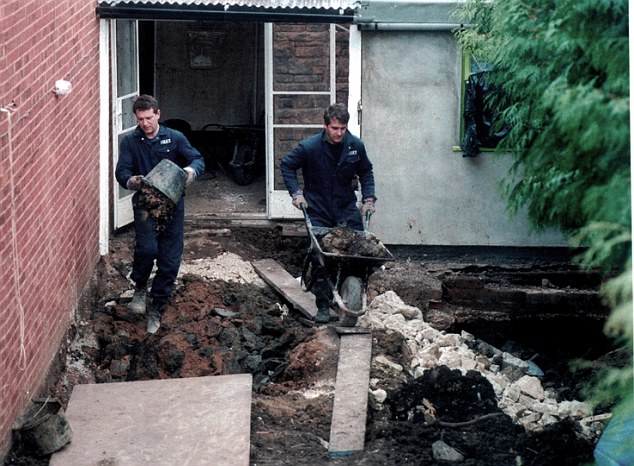 The couple came up with various stories of what had happened to Heather, ‘all of which seemed to be quite plausible’, Mr Moore added. 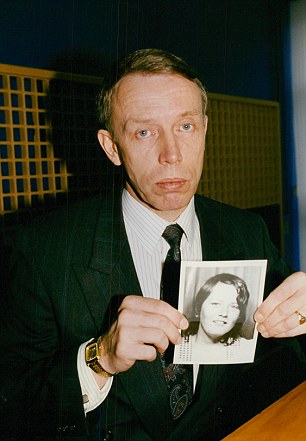 Detective Supt John Bennett holds a picture of missing girl Carol Ann Cooper in March 1994, who was one of the murder victims

He said: ‘We carried out extensive enquires to try and locate her. We carried out all the usual checks locally and nationally to try and find where she might be, but these all drew a blank.

‘We were in that situation, where do we take things from here? And that’s when I decided with senior officers for a search warrant for 25 Cromwell Street just to make sure there wasn’t anything there.

‘I suppose I was slightly sceptical as to whether there was going to be something that we would find.’

He said they initially found nothing, and West came to the police station later that day to say: ‘Well, you’re wasting your time, I don’t know what you’re doing’.’

West had claimed Heather was a drug dealer, and was maybe in Dubai or Birmingham, and that she had run off with a ‘girl in a red mini skirt’.

But the next day police went back and West’s position had changed. Mr Moore said: ‘Two of my officers went to the house to see Fred West. 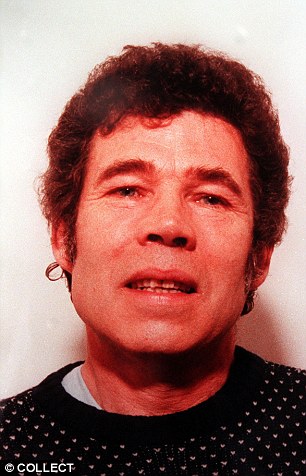 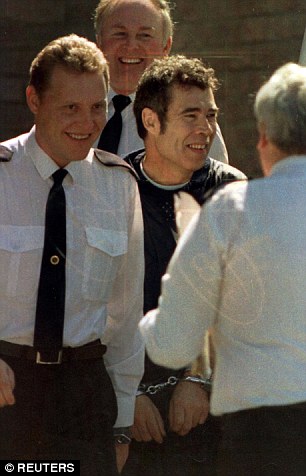 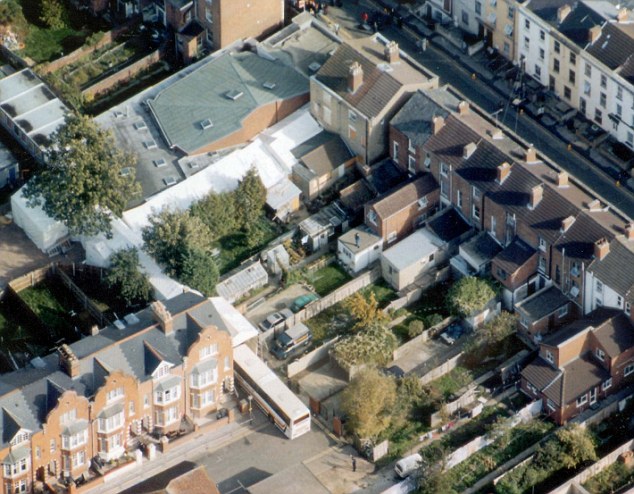 ‘Within a short space of time they had returned to the police station because he’d admitted killing Heather and burying her in the garden.’

In an effort to stop detectives continuing to dig up his garden and find more victims, West confessed as they were walking from his front door to the police car.

Later on in the interview room, he told police: ‘And then I got the two hands up and grabbed her around the neck.

West killed himself in January 1995 before he could be tried, while his wife Rose was convicted of ten murders later that year and is serving a whole life sentence. Police investigate in March 1994. West killed himself in January 1995 before he could be tried 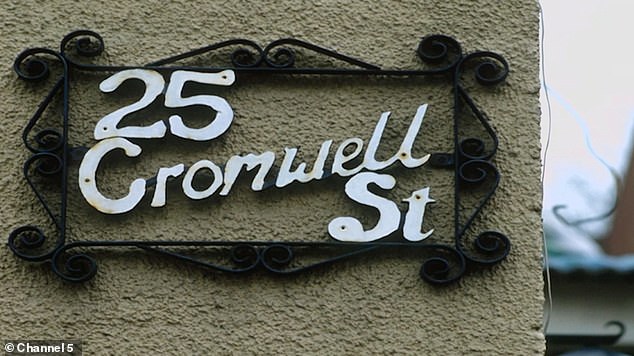 Speaking about West’s suicide by hanging at Winson Green Prison in Birmingham, Mr Moore told how he had previously raised concerns that this might happen.

He said: ‘(My colleague) John Bennett and I had been up to see the governor there to say that we were concerned that he might attempt to commit suicide.’

The governor told them ‘leave it to us, we’ll make sure that everything is OK’ – but with just one month until his committal hearing, he was found dead in his cell.

Fred & Rose West: 5 Clues That Caught the Killer is on Channel 5 tonight at 10pm

THE TRAGIC VICTIMS OF THE HOUSE OF HORRORS MURDERERS

Although Fred West was convicted of killing 12 women and Rose ten, the pair are thought to have killed up to 20 more.

One victim who was almost certainly killed by West was his former girlfriend Anne McFall who like the others, was found in a shallow grave with body parts missing. West denied it.

The warped pair used whips to torture their victims including their own children.

Fred West committed suicide by hanging himself in a prison cell in January 1995 — before he could stand trial for the murders.

Rose West is still a prisoner, having been handed a rare ‘whole life tariff’ for her part in the killings.