How Google is held hostage by protesting employees

For the past three years, Google has been wracked by acrimonious employee protests that contributed to the termination of a Pentagon contract and a project to build a censored search app in China, according to a new report.

The outrage culture among the search giant’s rank-and-file has only increased since the 2017 firing of engineer James Damore over a controversial memo about Google’s diversity policies, according to lengthy report from Wired based on interviews with 47 current and former Google employees.

‘Over the past three years, the structures that once allowed executives and internal activists to hash out tensions had badly eroded,’ wrote Wired reporter Nitasha Tiku in the report published on Tuesday.

‘In their place was a new machinery that the company’s activists on the left had built up, one that skillfully leveraged media attention and drew on traditional organizing tactics. Dissent was no longer a family affair,’ Tiku continued.

Google employees demonstrate against Trump’s travel ban in Mountain View on January 30, 2017. A new report claims that Google has been held hostage by outraged employees 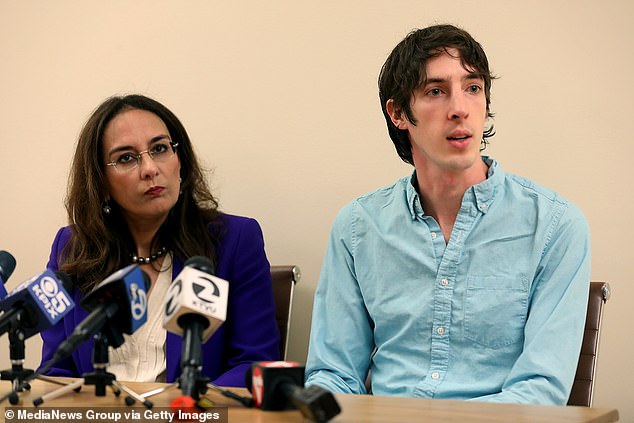 James Damore, a former Google employee who wrote a controversial diversity memo, appears alongside attorney Harmeet Dhillon during a press conference in January 2018

In August 2017, Damore circulated on internal Google employee forums his now-infamous memo, which argued that the predominance of men in engineering roles was likely due to biological differences in preferences and aptitudes between men and women.

Damore was fired after the memo leaked to the public. On August 10, Google CEO Sundar Pichai was set to address the controversy at one of the company’s employee town hall meetings, known as TGIF.

In the chaos, and as Damore appeared outside Google’s Mountain View headquarters in a publicity stunt, the TGIF was cancelled, spurring even further employee outrage.

Google, which had been quickly left behind by Amazon in the realm of cloud computing services, was eager to expand its cloud customer base with government contracts, and was bidding at the time on a project it hoped would jump-start deals with the Pentagon. 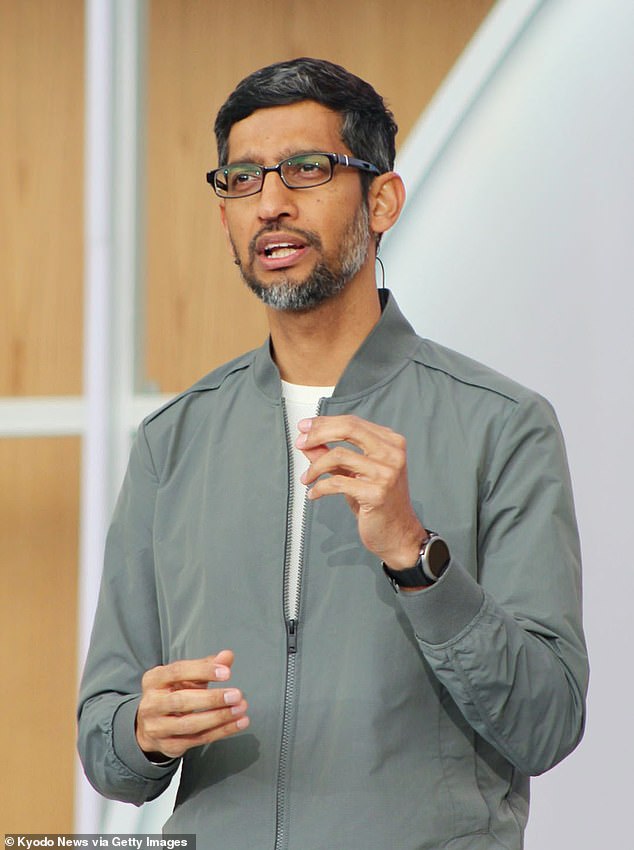 Google CEO Sundar Pichai delivers a speech in Mountain View on May 7, 2019. The company has struggled to contain employee fury over various issues in recent years, a report claims

Dubbed Project Maven, the project involved training an algorithm to identify certain objects in video from surveillance drones — objects such as cars, or people, for example.

The relatively small project was viewed as a foot in the door for winning the much more massive Joint Enterprise Defense Infrastructure Cloud, or JEDI, contract, a $10 billion, 10-year deal that is currently held by Amazon, but is up for renewal.

In September 2017, Google won the Maven contract, but decided to keep the deal secret, even from its own employees.

the head of Google’s cloud division, Diane Greene, responded by locking down mailing lists, deleting documents, or asking employees to redact Google+ posts, according to Wired.

On May 30, 2018 the New York Times published a story about Maven that included the emails Fei-Fei Li, a Stanford professor and Google Cloud’s chief scientist for AI, had sent to other executives about weaponized AI.

‘Avoid at ALL COSTS any mention or implication of AI,’ wrote Li. ‘Weaponized AI is probably one of the most sensitized topics of AI—if not THE most. This is red meat to the media to find all ways to damage Google.’ 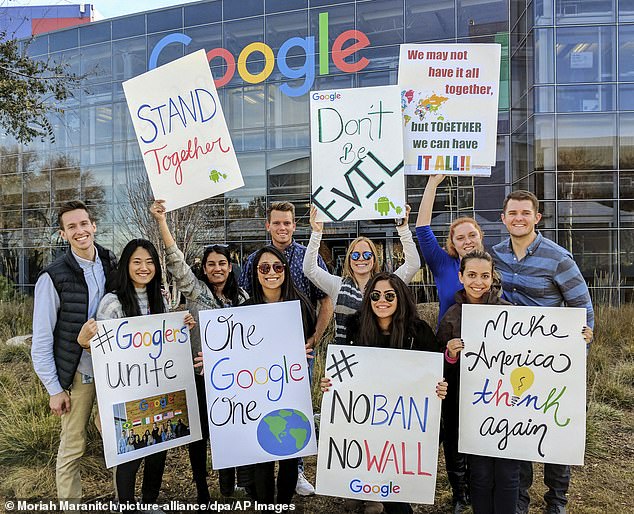 Two days after the leaked emails were published, Greene announced that Google planned not to renew the Maven contract, citing intense backlash, according to Gizmodo.

Google ended up dropping out of the bidding process for JEDI, which is currently on hold with Amazon and Microsoft as the finalists, amid accusations of unfairness from competitors who did not make the shortlist.

In August 2018, Google faced backlash again when the Intercept published details of its plan to build a censored search app in China, dubbed Project Dragonfly.

Amid the uproar, CEO Pichai tried to calm employee’s concerns at a town hall meeting – only to discover that someone was leaking remarks of executives live to a New York Times reporter, who was posting them on Twitter even as the meeting progressed.

Last month, a Google executive confirmed in Congressional testimony that Dragonfly had been shuttered.

However, Google continues to maintain a controversial AI research lab in Beijing, which its website says is focused on ‘university education, research on natural language understanding and market algorithms, user experience, and development of our globally available tools.’ 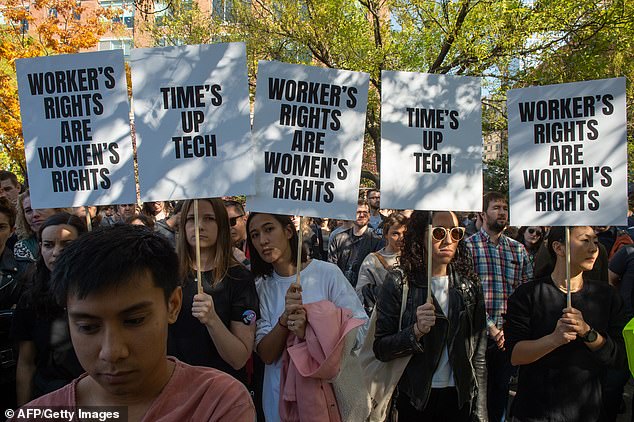 Google employees stage a walkout on November 1, 2018, in New York, over sexual harassment

But perhaps the biggest employee backlash at Google followed an October 25, 2018 report in the New York Times revealing that a woman who worked for Google had accused Android cofounder Andy Rubin of coercing her to perform oral sex in a hotel room.

Google, the story reported, had investigated and found the claim credible but let Rubin leave the company with a $90 million exit package.

Outrage among Google employees, and women in particular, was swift and intense. On November 1, more than 20,000 employees at Google offices around the world walked out to call attention to sexual harassment issues.

Executives struggled to respond to the fury, according to Wired. ‘[T]he Women’s Walkout appears to have perturbed executives in a way that the protests against Dragonfly and Maven had not,’ wrote Tiku.

In response, the TGIF meetings have been transformed into scripted press conferences, with no live questions allowed, Wired reported.

Google has also responded by cracking down on dissent and arguments on internal message boards, according to the report.

Google did not immediately respond to a request for comment from DailyMail.com on Tuesday.