How ‘grand-nannying’ duties drive a wedge between older couples

For many older couples, looking after the grandchildren together is one of their greatest pleasures.

But for some it’s nothing more than a source of marital strife, research shows.

Scientists found marriages are coming under strain because grandmothers are left to do the bulk of the hard work – such as feeding and bathing young children – while grandfathers mainly focus on fun activities and play.

For many older couples, looking after the grandchildren together is one of their greatest pleasures. But for some it’s nothing more than a source of marital strife, research shows [File photo]

Around five million grandparents regularly take on childcare responsibilities, according to the charity Age UK.

Just under 90 per cent of these babysit at least once a week. But in one in ten cases, they look after grandchildren at least once a day – sometimes for a total of five years or more.

The majority get involved to help their own children work more to support the young family.

A boom in weddings among older people has kept married people in the majority, a breakdown of family life shows.

It found that the numbers of women over 65 who marry each year has almost doubled – 9,357 in 2017 compared to 5,637 in 2007 – while young people are increasingly indifferent to the long-term and legal commitments of married life.

The shift means 50.2 per cent of people over 16 live as part of a married couple, says the Office for National Statistics.

It said the rise in marriages among over-70s was partly due to increased longevity.

However, many of these weddings are remarriages, as divorce rises rapidly among those in their fifties and sixties.

Meanwhile fewer than one in ten people wed before 30, and seven in ten under-30s who are part of a couple are unmarried cohabitees.

But the latest research, published in the Journal of Family Issues, suggests some pay a heavy price in terms of their own relationships.

Researchers from the University of Massachusetts in the US tracked more than 7,000 pairs of grandparents over a four-year period.

The results revealed that those caring for children daily or several times a week were 21 per cent less likely to feel close to or supported by their partner than couples who very rarely babysat.

Even grandparents providing occasional care – less than once a week – were 12 per cent less likely to have a close relationship with each other.

Researchers said most of the complaints came from grandmothers who felt they were carrying the burden of care.

‘And these effects are more pronounced among grandmothers than grandfathers – especially those providing high-level care.’ 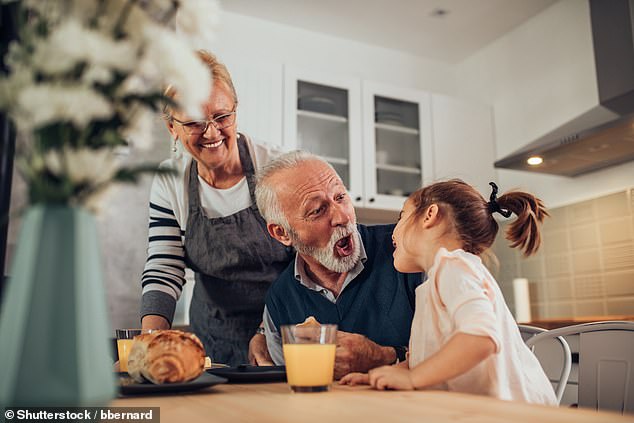