How Grey’s Anatomy raising awareness about sexual assault, according to a new study

Earlier this year, a group of researchers analyzed the impact of an episode called ‘Silent All These Years,’ which included a storyline about a patient who had been sexually assaulted and ended with a PSA for the National Sexual Assault Hotline.

The researchers found that calls to the hotline spiked in the 48 hours after the episode aired, and the number of Google searches and tweets mentioning the hotline and the nonprofit that runs it shot through the roof.

Doing good: Grey’s Anatomy is raising awareness about sexual assault and possibly even getting more victims to seek help, according to a new study 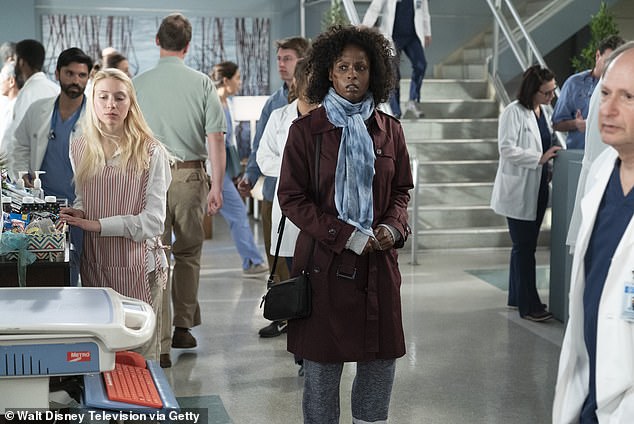 Impact: Researchers analyzed the impact of an episode called ‘Silent All These Years,’ which included a storyline about a patient who had been sexually assaulted

In episode, which premiered on March 28, 2019, a patient named Abby comes to the hospital. The doctors learn she was raped, and she has to undergo surgery.

At the end of the episode, Grey’s ran a PSA read by star Ellen Pompeo, which directed viewers to the National Sexual Assault Hotline, which is operated by the Rape, Abuse & Incest National Network, or RAINN (800-856-HOPE).

Researchers at the Oklahoma State University Center for Health Sciences in Tulsa studied the impact that the episode had, getting call volume data from RAINN and paralyzing Google and Twitter trends for two weeks before and one week after the episode aired.

They found that call volume to the hotline increased increase by 43 per cent in the 48 hours after the episode aired. 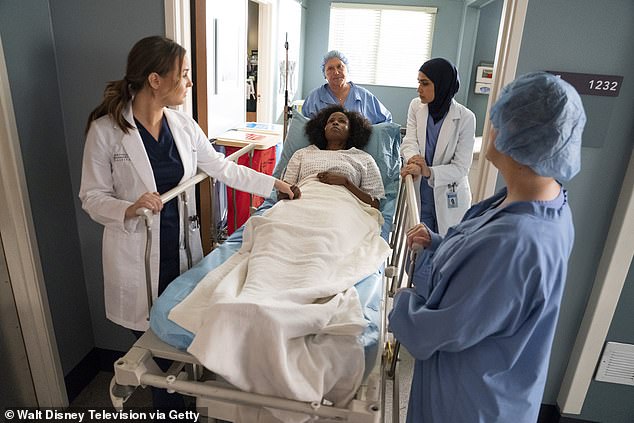 Seeking help: The researchers found that calls to the National Sexual Assault Hotline spiked in the 48 hours after the episode aired

Tweets mentioning ‘sexual assault hotline’ and ‘RAINN’ were 1,995 per cent and 292 per cent higher than usual, respectively.

‘Engagements with the @RAINN Twitter account and tweets mentioning “sexual assault hotline” increased by 1,097 per cent the day after the episode,’ Trevor Torgerson, a medical student, told Reuters.

Torgerson noted that there were several factors that may have contributed to the increase in traffic and engagement.

‘The fact that the episode [featured] a topic that has been stigmatized for a long time is important,’ he said, pointing out that it may have showed survivors what they were in for if they sought help.

He also said that it may have helped that they had Pompeo read the call to action, rather than having it just show on the screen. 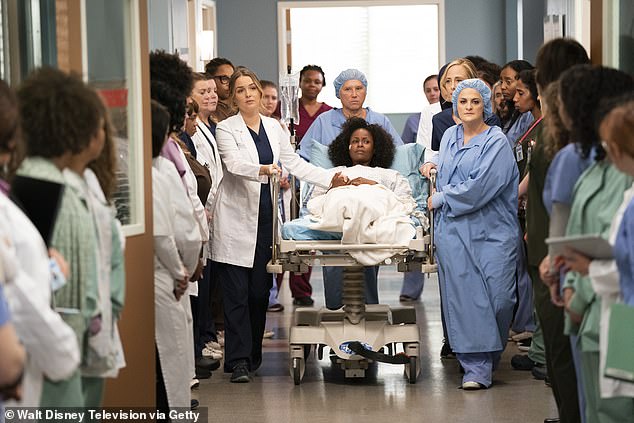 Talking online: Tweets mentioning ‘sexual assault hotline’ and ‘RAINN’ were 1,995 per cent and 292 per cent higher than usual, respectively 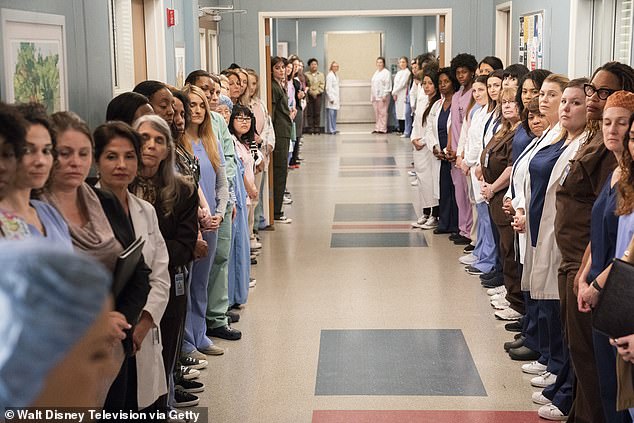 Call to action: A PSA, read by Ellen Pompeo, was read at the end of the episode

Grey’s Anatomy knew what it was doing when it aired the episode and the following PSA.

The show had connected with Hollywood, Health & Society at the USC Annenberg Norman Lear Center in Beverly Hills, California to collaborate on the episode.

‘TV storylines can have a powerful impact on viewers, and when coupled with an action item, such as a hotline or website, we often see a significant spike in outreach directly after the show and public service announcement,’ the organization’s director, said.