Wishing somebody a ‘Happy Australia Day’ could be determined as offensive, according to advocates in the indigenous community.

Kado Muir, who is a leading advocate for Aboriginal culture, heritage and awareness said the phrasewas an ‘ignorant gesture’, news.com.au reported in 2019.

He said the annual debate, which has been reignited in 2020, brings sadness to his heart.

‘This issue is extremely divisive and sensitive to all Australians,’ Mr Muir said. 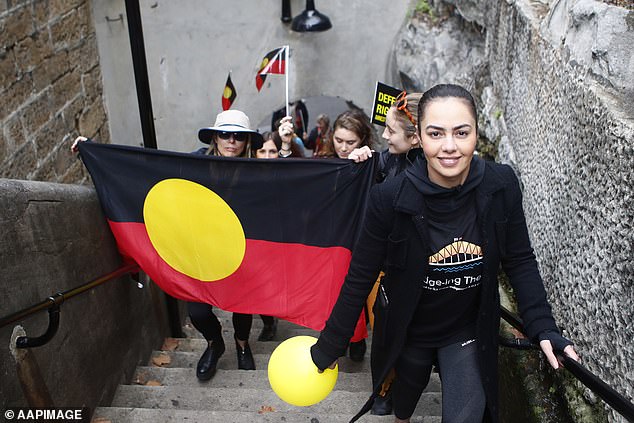 He called on Australians to rise above the ‘base destructive emotions’ in the debate and instead shift focus onto the aspects that unite the country.

She said the national day of commemoration on January 26 was a sad day for First Nations people.

She said she saw the raising of the Australian flag as the moment Aboriginal history and culture was threatened.

The 28-year-old has been pushing for the Aboriginal flag to be flown atop the Sydney Harbour Bridge all year round.

As it stands, the flag is flown for 18 days a year, of which one of those days is on Australia Day.

Despite the 105,000-strong Change.org petition to raise the flag permanently, Premier of NSW Gladys Berejiklian has stood firmly against pressure.

Thousands of Australians are expected to protest the national holiday as Australia Day celebrations kick off today.

January 26 marks the anniversary of the 1788 arrival of the ‘First Fleet’ to Sydney Cove, carrying mainly convicts and troops from Britain.

For many indigenous Australians, who trace their lineage on the continent back 50,000 years, it is ‘Invasion Day’, the start of Britain’s colonisation of Aboriginal lands and their brutal subjugation. 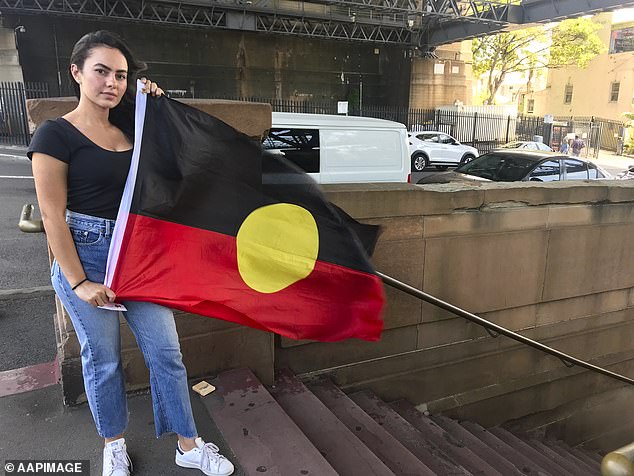 The 28-year-old has been pushing for the Aboriginal flag to be flown atop the Sydney Harbour Bridge all year round (pictured, Ms Toka) 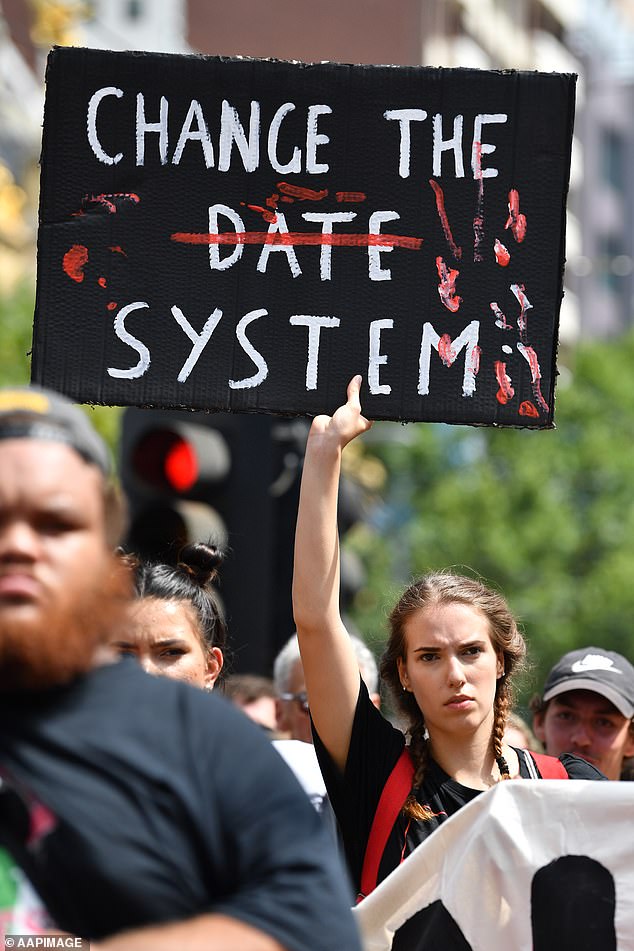 Thousands of Australians are expected to protest the national holiday as Australia Day celebrations kick off today (supporters at an Invasion Day rally outside Parliament House, Canberra in 2018)

‘To celebrate an invasion which has seen our people dispossessed, displaced and oppressed for some 230 years, is plain offensive,’ he told Reuters.

Australia’s 700,000 or so indigenous people track near the bottom of its 25 million citizens in almost every economic and social indicator.

While opinion polls suggest up to half the country supports changing Australia Day, the conservative government is under pressure to legally entrench Jan. 26 as a national holiday.

‘We should keep the 26th of January as a special day in our calendar,’ said Nick Folkes, a painter from Sydney.

‘It means respect and acknowledgement of the sacrifices made by explorers, settlers, our convicts,’ he added. 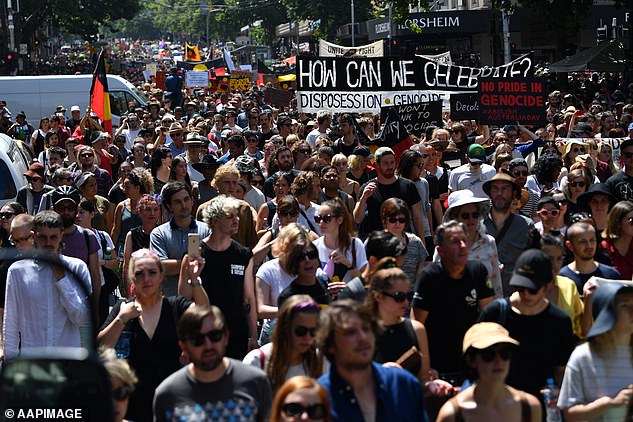 This month it ordered local councils to hold induction ceremonies for new citizens on Australia Day and the Australian Citizenship Day holiday on Sept. 17, or have their authorization revoked (pictured, Invasion Day rally in Melbourne)