How has Carlo Ancelotti got the better of Jurgen Klopp’s Liverpool?

Very few managers are able to say they have beaten Jurgen Klopp and his dominant Liverpool team over the past two years.

Yet Carlo Ancelotti can celebrate beating them not once, but twice since the start of last season thanks to two impressive performances from his former Napoli side in the Champions League.

Two wins in Naples and one point from four at Anfield mean Ancelotti is well and truly a thorn in Liverpool’s side. Now, with the Italian in charge across Stanley Park, Reds fans are right to be fearful over Sunday’s FA Cup tie against Everton. 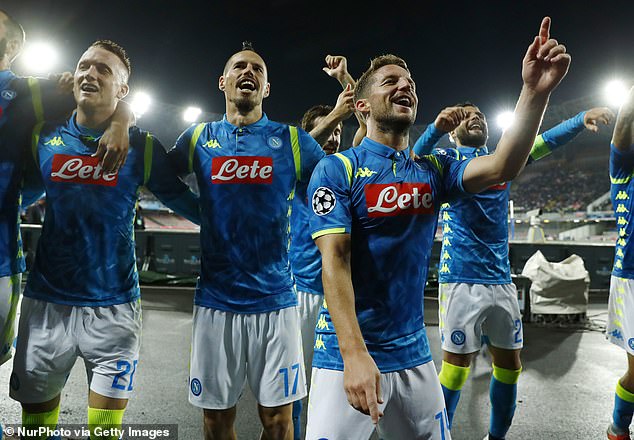 It has not taken long for Ancelotti to turn this Everton team around. Two wins from his two matches in the dugout has them looking up rather than over their shoulder and they go into the game with renewed confidence.

Spirits around Goodison Park are a far cry from the clouds that gathered after their last trip to Anfield, when a rotated Liverpool side tore through Everton and Marco Silva lost his job in the aftermath of a 5-2 defeat.

There is genuine hope for an FA Cup upset with Ancelotti in charge. The Italian knows how to win this competition too, leading Chelsea to the double during his first season in charge at Stamford Bridge.

So just how has he got under Liverpool’s skin in recent seasons? Ancelotti has used a mix of styles and formations, switching between 4-3-3 and 4-4-2, to get the better of the Reds, sometimes choosing to dominate possession while conceding the ball in others.

In their first group stage meeting back in October 2018, it proved to be a frustrating night for Klopp’s side that ended with Lorenzo Insigne scoring a late winner. 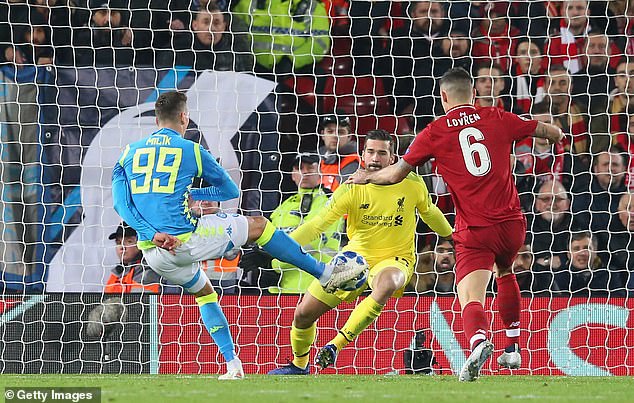 Napoli had 56.8 per cent of the ball that night, passed it with accuracy and precision and barely let Liverpool’s front three have a sniff.

The away game that season was also a tight affair, settled by a piece of magic by Mohamed Salah and a remarkable save by Alisson.

Ancelotti’s side had 51.8 per cent of the ball at Anfield but made less passes and more tackles as they tried to snatch a point that would have taken them through the knockout stages.

Just eight shots to 14 from the first game and an expected goals figure down from 1.93 to 1.17 shows Ancelotti’s intentions that night and it could be a strategy he reverts to on Sunday.

Fate brought the two teams back together in this season’s Champions League group stage and Napoli emerged with an impressive four points from the two games.

The game in Naples again proved to be a miserable night for Liverpool as they barely created any chances before being stung by two goals. Napoli scored a dubious penalty, given for a foul by Andy Robertson, before an uncharacteristic mistake from Virgil van Dijk handed them a second. 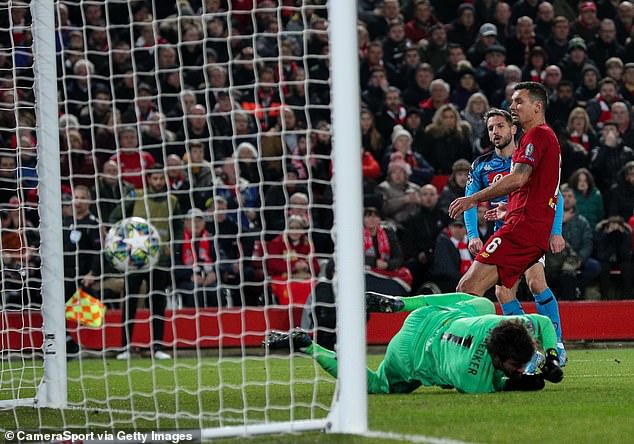 Ancelotti’s style changed again with the Italians having 47.6 per cent of the ball in the home game and just 28.2 per cent of it at Anfield. It was clear he had learned from the season before and had no intention of allowing Liverpool to play their expansive game.

Napoli made their fewest passes in all four matches at Anfield this season, registering just 293 while just four shots was also the lowest that figure had been in all four games.

They also attempted the fewest dribbles in any of the four games and had the smallest expected goals number at 0.49.

So it looks like Ancelotti will look to frustrate Liverpool on Sunday, knowing the Reds cannot play their pressing game if a team is willing to sacrifice the ball completely.

It seems that not only does Ancelotti have one over on Liverpool but he also has a good record throughout his career against Klopp. As well as their meetings with Liverpool and Napoli, the pair also went head to head while they were in charge of Borussia Dortmund and Real Madrid.

They squared off in the quarter-finals of the Champions League in 2013/14. Real convincingly won the first leg 3-0 thanks to goals from Gareth Bale, Isco and Cristiano Ronaldo to hand Ancelotti his most convincing win over Klopp.

Too much damage had been done in the first leg and Dortmund could not recover, despite winning the second leg in Germany 2-0. Marco Reus scored a quickfire brace in the first half but Real held on before going on to lift the trophy in Lisbon. 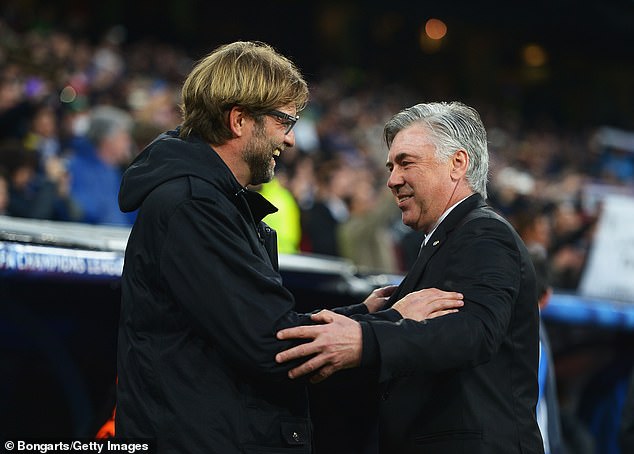 So, can Ancelotti get this Everton team to do exactly as he wants. So far the signs have been good and much improved from Marco Silva’s last two games in charge.

When comparing Ancelotti’s first two games in charge to Silva’s final two at the helm of the club, statistics show the Toffees have been outperforming themselves massively in recent weeks.

Everton played 956 passes in the wins over Burnley and Newcastle with a success rate of 80.2 per cent, in comparison to the 614 played in Silva’s final two games with a 35.8 per cent completion percentage.

It also seems Ancelotti has tightened things up defensively, too. They are now having to make less tackles and less interceptions, facing just five shots on target over the past two games.

Their opponents’ expected goals figure has dropped from 4.23 to 2.11 and they will need that figure to remain low to have any chance of progressing past Liverpool.

Ancelotti has certainly been Liverpool’s kryptonite in recent seasons. If he can somehow mastermind Everton’s first win at Anfield since September 1999 then it will be a heroic effort. 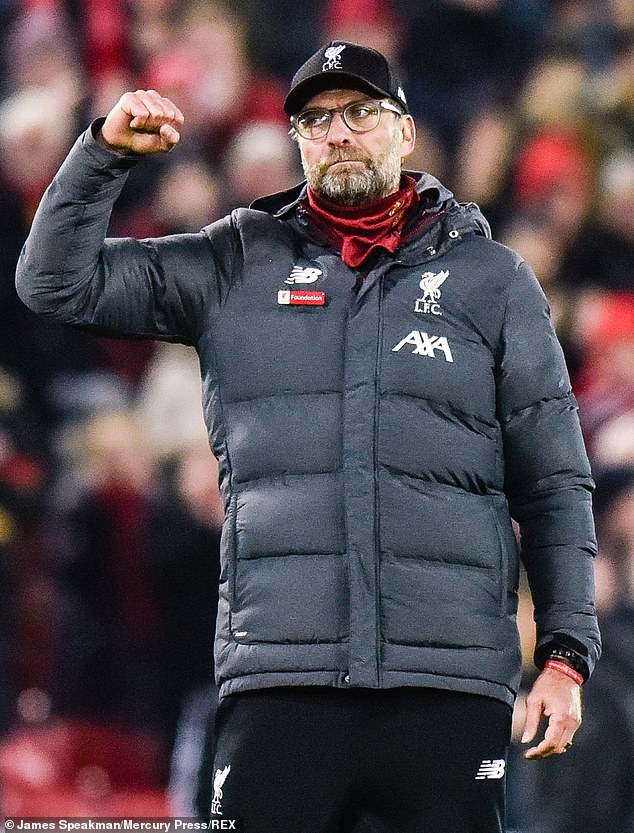 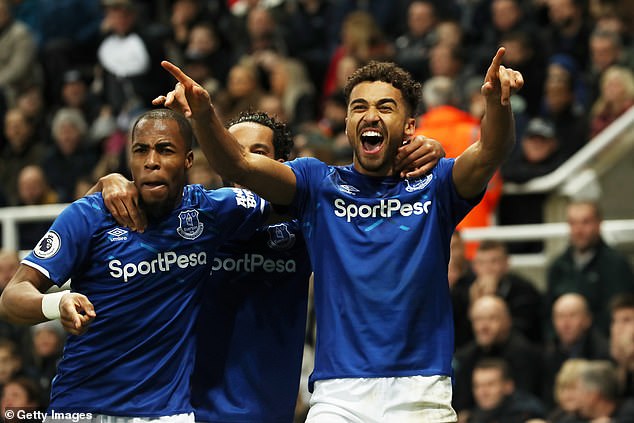