‘How I stay in shape while travelling’: SUSAN WARD DAVIES on healthy holiday eating

‘How I stay in shape while travelling the world’: Travel editor SUSAN WARD DAVIES reveals how to enjoy healthy and delicious holiday eating

By Susan Ward Davies For The Daily Mail

For years, something put me off going on a cruise: the fear of acquiring the inevitable cruise paunch (too many all-you-can-eat-meals). I am currently on my very first one, in Alaska, and I am determined not to let this happen to me.

I’ve spent 35 years as a travel editor, mostly at Elle magazine, exploring more than 90 countries, so I have learnt a thing or two about not piling on the pounds on the road. 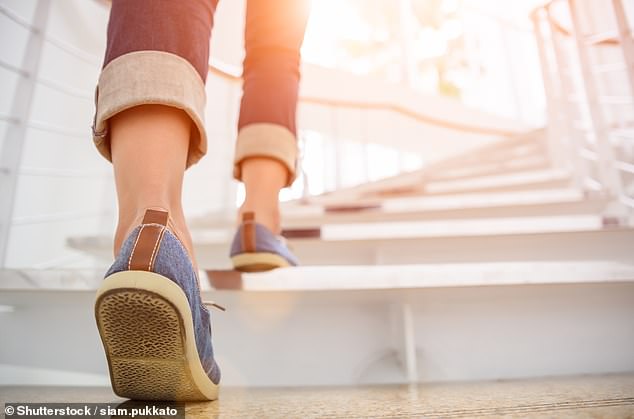 Susan says that stairs workouts can help stave off the weight gain. She says: ‘On day one I was left puffing, but by day five, I’m practically sprinting up and down…’

Admittedly the biggest disincentive to overdoing the breakfast buffet is travelling with a fashion team.

I used to produce a lot of shoots in all kinds of exotic locations from Bali to Brazil. Being a rounded size 14, there is nothing like sneaking down to the beach for an early swim and being joined by a couple of beanpole models to make you swerve the pastries for the rest of the trip.

Exercise — such as those early swims — is key to staving off the holiday half stone.

On my cruise, I have banned lifts — and there are 12 decks, so that’s quite a stair workout. On day one I was left puffing, but by day five, I’m practically sprinting up and down.

The outside running track on Deck 10 is an unexpected bonus, and views of snow-capped mountains and ice-blue glaciers certainly distract from how many laps you have to notch up. Ship bathrooms don’t have scales (it wouldn’t do to depress the guests), but I can still fit into my shorts, so I think my plan is working. 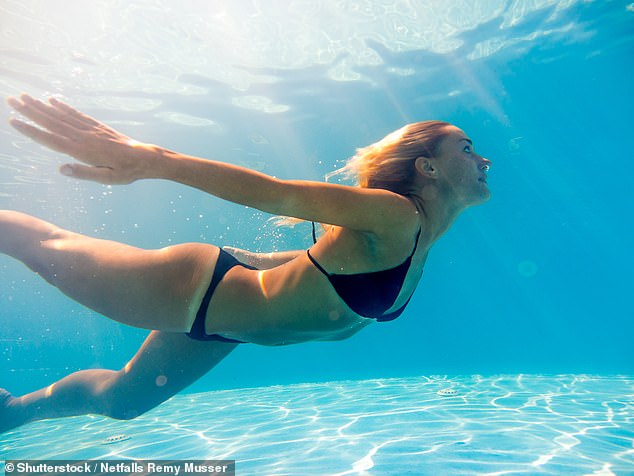 ‘Exercise — such as those early swims — is key to staving off the holiday half stone,’ Susan had explained

But one of travel’s greatest pleasures is trying new food: it would be pretty sad if body image hang-ups stopped us from enjoying the local burrata.

The secret to holiday eating is to apply the feast or famine approach. There is no way I am going to forgo a treat like a hotel breakfast buffet, but I ignore fancy croissants and fry-ups and fill up on healthy food such as fruit, yoghurt and eggs. After a hearty breakfast, I’ll have a light lunch so that I can enjoy a big slap-up dinner.

Now, if you’ll excuse me, the buffet has an Alaskan salmon roll with my name on it. That’s 50 steps up and down, so I might just have two.

Susan Ward Davies is the Travel & Lifestyle Editor of The Calendar Magazine.