How Interstates tore through the heart of America’s cities

The heart of American cities was cut open by Interstate roads built in a $521 billion project to connect the country, a stunning picture gallery has revealed.

Thousands were displaced as the roads cut through cities including Cincinnati, Rochester and Oakland from 1951, leading to protests and possibly fueling the civil rights movement and formation of the Black Panther Party.

Dwight Eisenhower ordered the construction of the 46,876 miles of road in the 34-year initiative in a project that saw many drawn away from America’s center to its coastal edges.

Professor Nathaniel Baum-Snow, from the University of Toronto, told the Visual Capitalist that the roads led to the decline of central cities population by 17 per cent at a time when metropolitan areas were growing by 72 per cent. By 1990, upon completion of the roads, less than a third of all jobs were located in the centre.

He suggests that if the roads had never been built central cities would have grown by 8 per cent.

The gallery of aerial photos showing a birds-eye view of how cities have changed since the 1930s was put together by the Institute for Quality Communities.

The city’s downtown was surrounded by a ring-road as construction got underway in the 1950s, with the ability to carry up to 10,000 cars a day on its Eastern side.

The New York region city, on the southern shore of Lake Ontario, was turned into one of America’s first boomtowns by the construction, as people were able to travel there from across the country.

The highway wasn’t popular however and, in 2017, authorities completed a $22million Inner Loop East Highway Removal Project, which saw up to a mile of the old freeway buried beneath the ground.

The six-acres that were freed up have since being the subject of several planning proposals aiming to enhance the standard of living in the area. 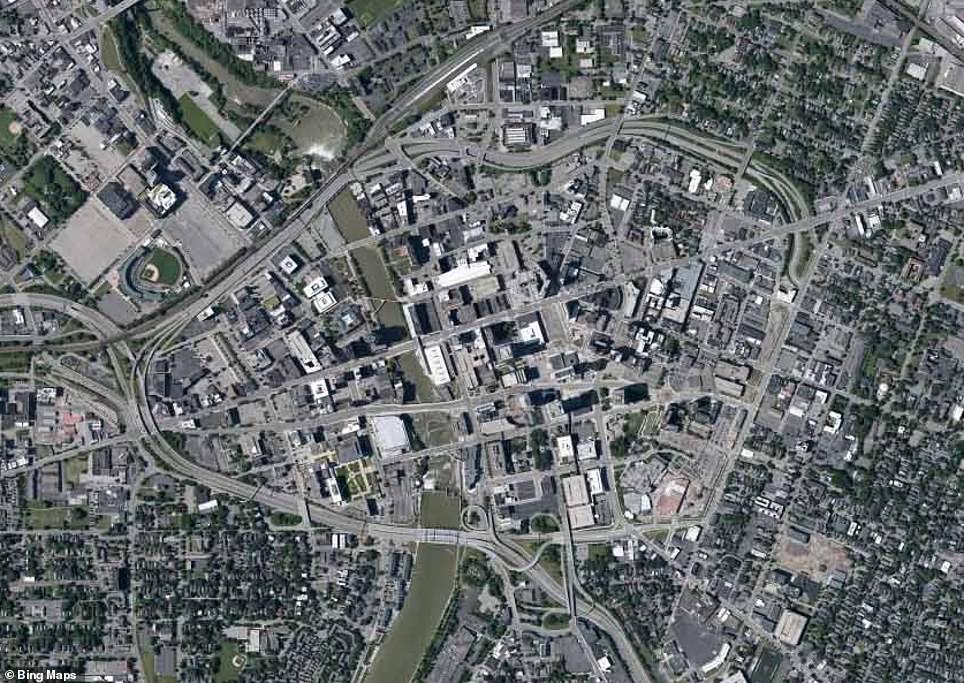 The beating heart of Downtown Providence was sliced in half by the highway project, as this map clearly shows.

The Rhode Island capital saw hundreds of homes and businesses removed in the construction of the I-95. The southern area was also cleared to make way for a medical campus and parking facility.

In 2013 Providence launched the $610 million Iway project, which worked to relocate I-195 and I-95 to free up space in the downtown’s jewelry district. Authorities also ordered a signature pedestrian bridge over the river to be built. 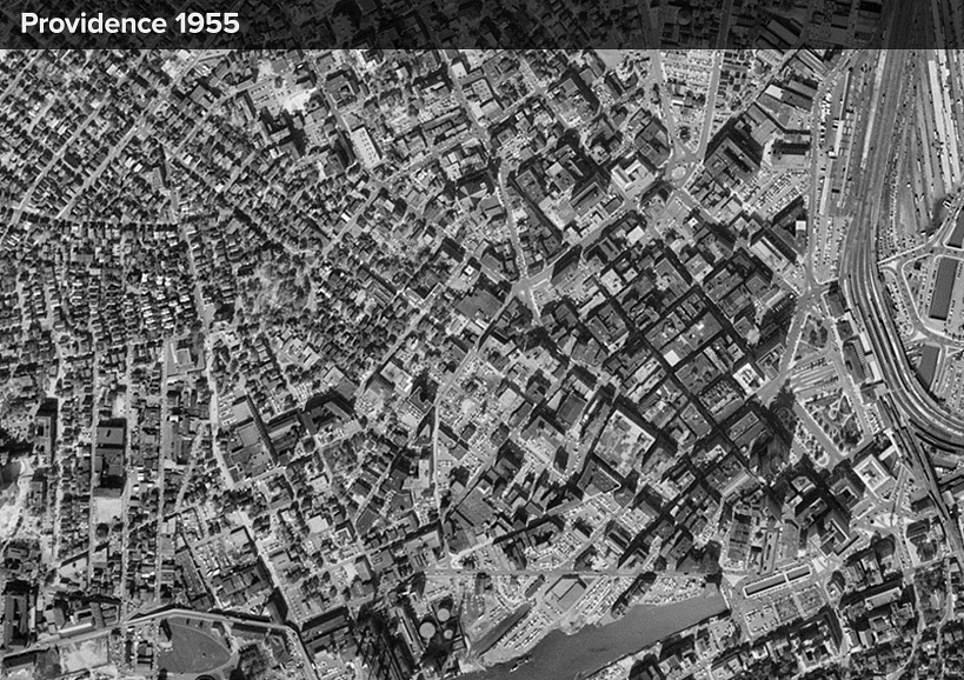 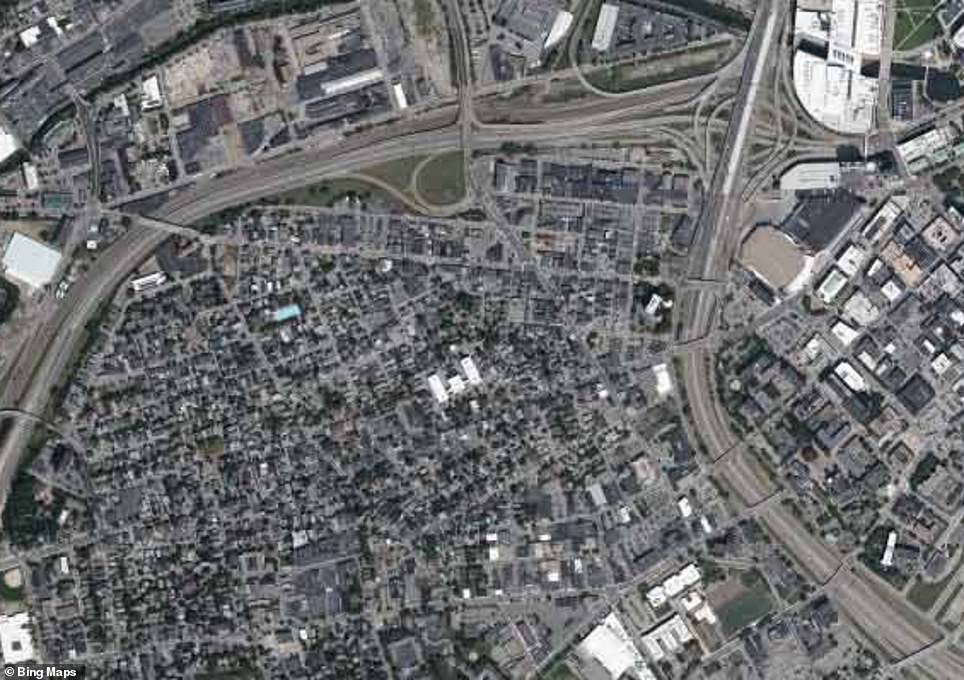 Vast swathes of the Mid-western city were cleared for highway spurs and large-scale redevelopments, leaving its downtown area encircled by highways.

Recently, however, city authorities have taken action to remove a confusing intersection and replace it with the Campus Martius Park, which opened in 2004.

They have also been looking at removing or pedestrianizing the I-395 since 2014, due to the high crash rate, although a decision has not yet been made. 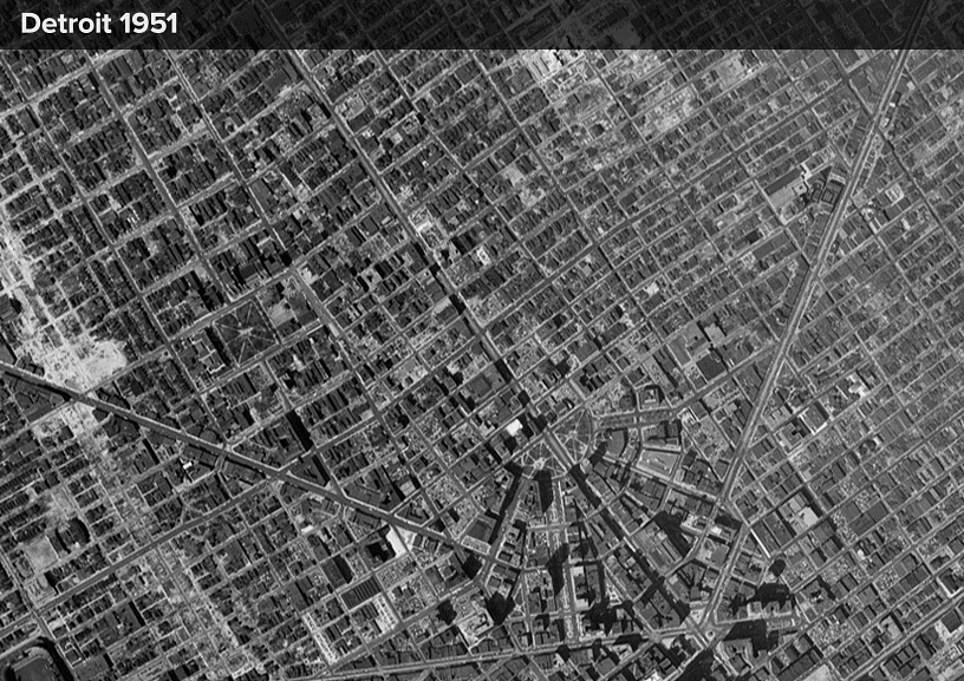 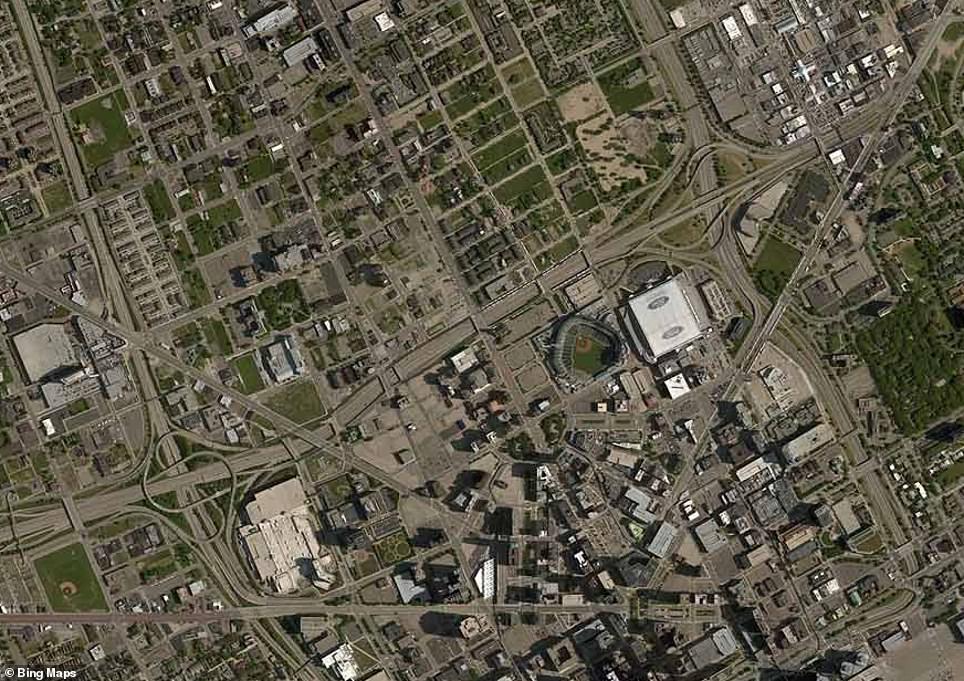 The city’s dense urban neighborhoods were completely destroyed in the west and downtown areas in order to make way for the giant Interstate highways.

To rectify this, authorities proposed a $91million redevelopment plan in 1996, aiming to remove the highway to create 300 apartments, 76,000 square feet of commercial space and 6,000 parking spaces.

The project did so well it was expanded to a phase two, which included a further 300 apartments and offices totalling 60,000 square feet of commercial space. 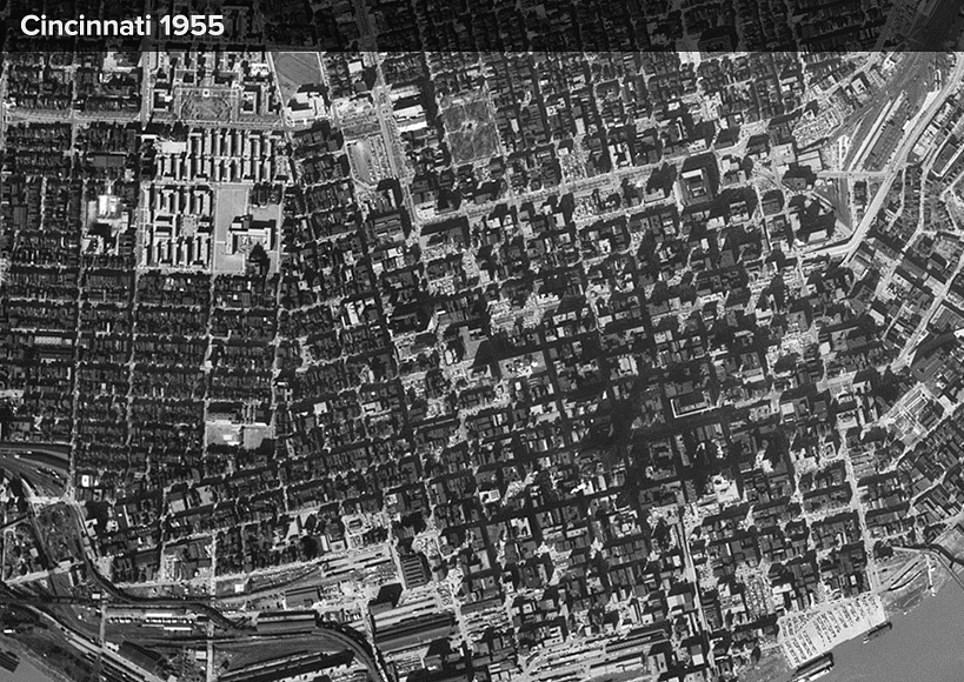 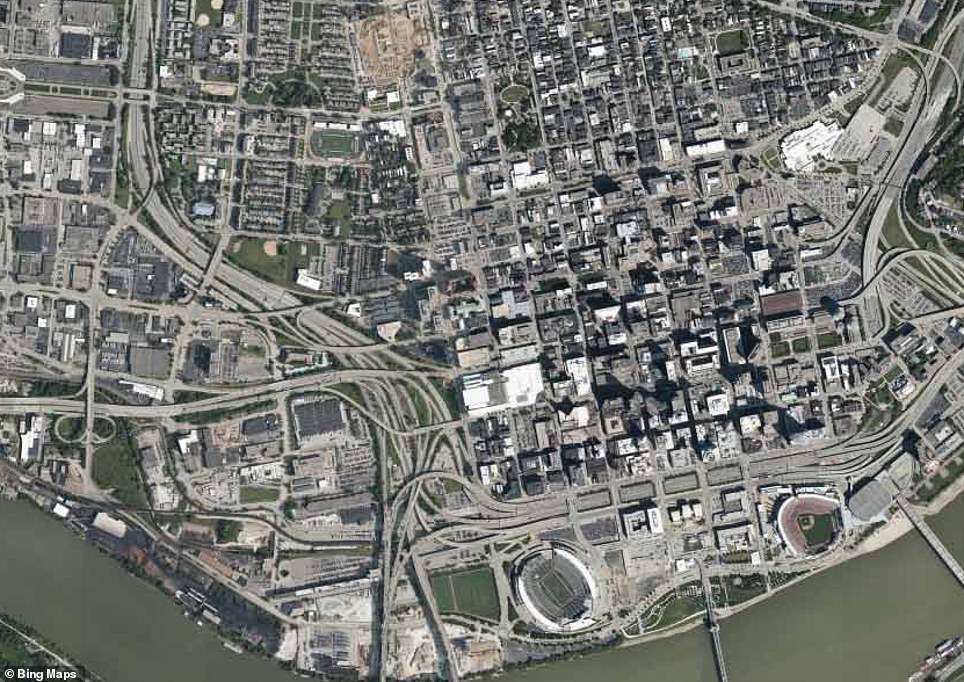 Cincinnati, in Ohio, saw the clearance of hundreds of homes to make way for the city’s freeways

The Florida capital saw a boom thanks to the highways, as people flocked to the coastal areas. Its center was not left immune to the highways, however, as one was cut right through the middle cutting off its coastal and central areas.

The Institute says the roads led to the construction of 83 tower blocks and 23,000 condos in the city prior to the housing crash. 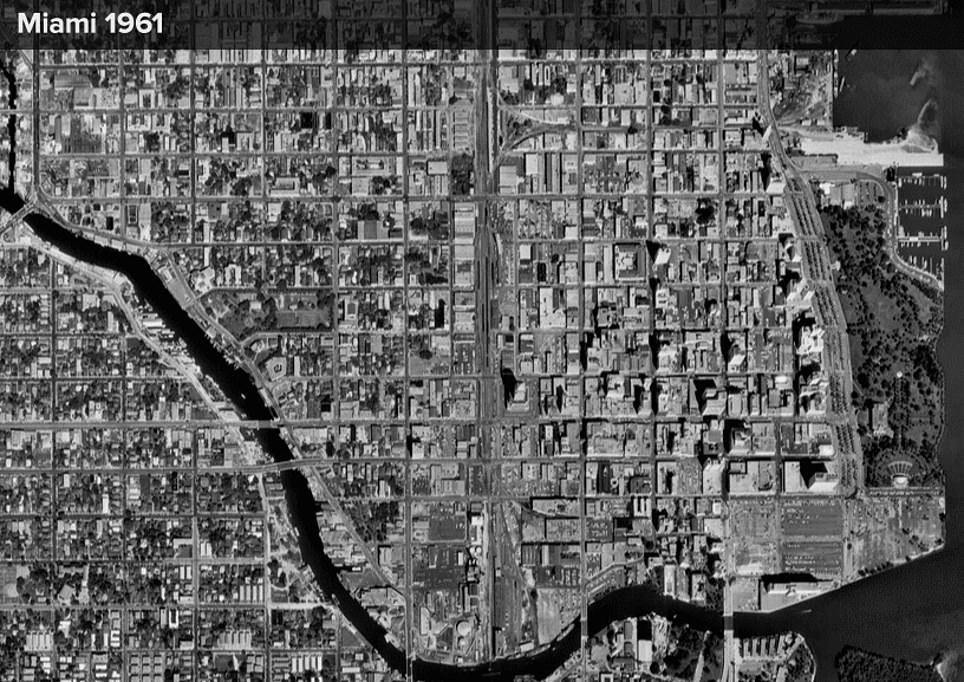 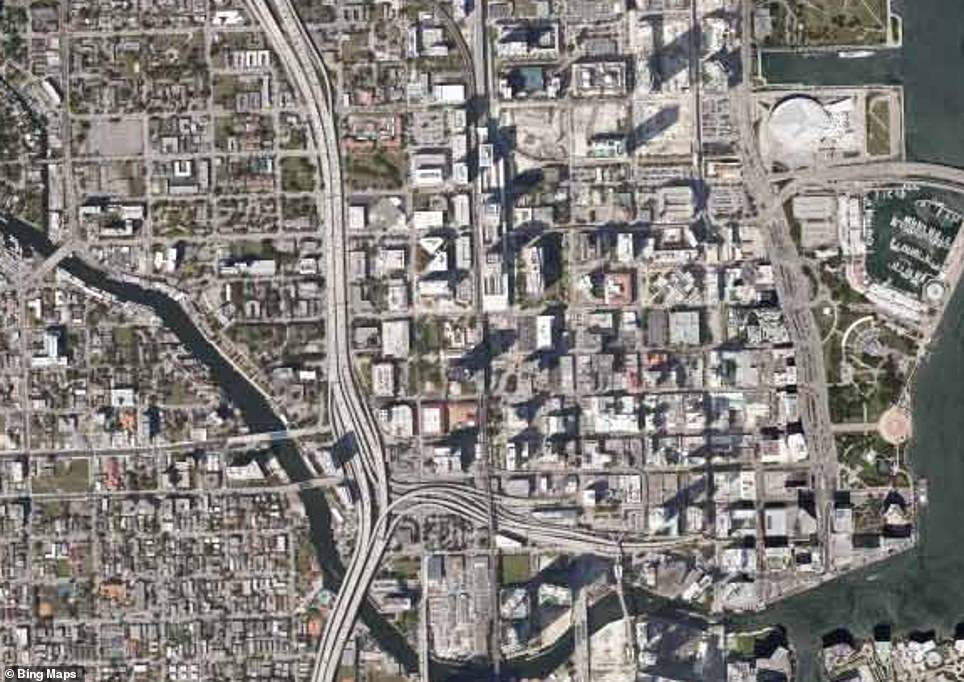 This central Californian city saw its downtown neighborhoods cut apart by the I-980 and Nimitz Freeway when they were constructed, displacing many in the Latino and African-American communities.

The social disturbance caused by the highways may have led to the city’s position at the heart of the Black Panther Party, which patrolled African-American areas to protect residents from the police before developing Marxist ideological undertones.

Opposition locally to the protect was so strong that developers initially abandoned construction in 1971, only to return to complete it a decade later. 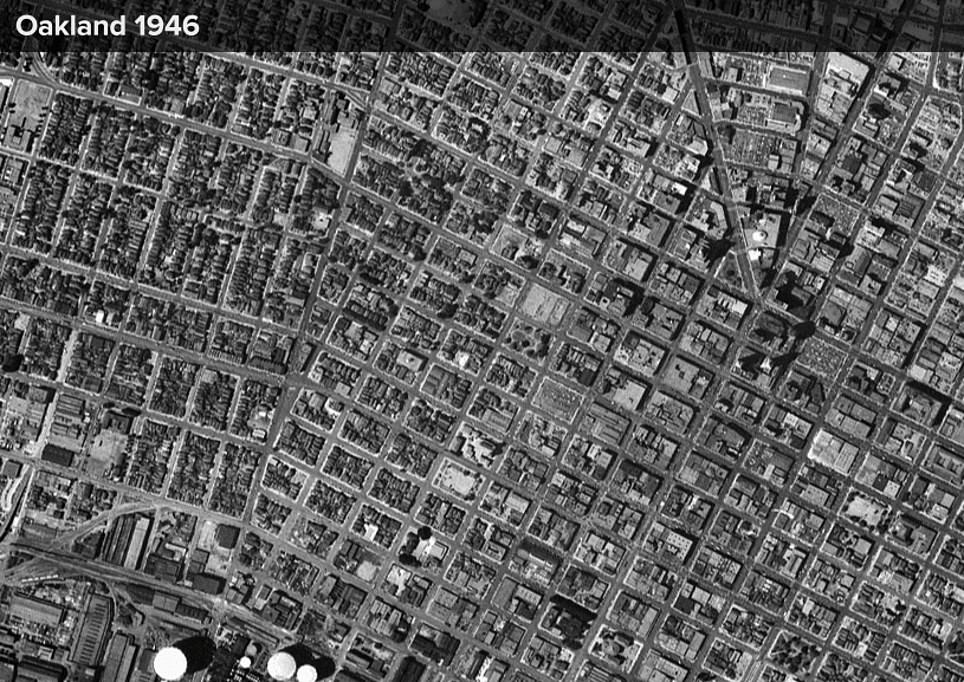 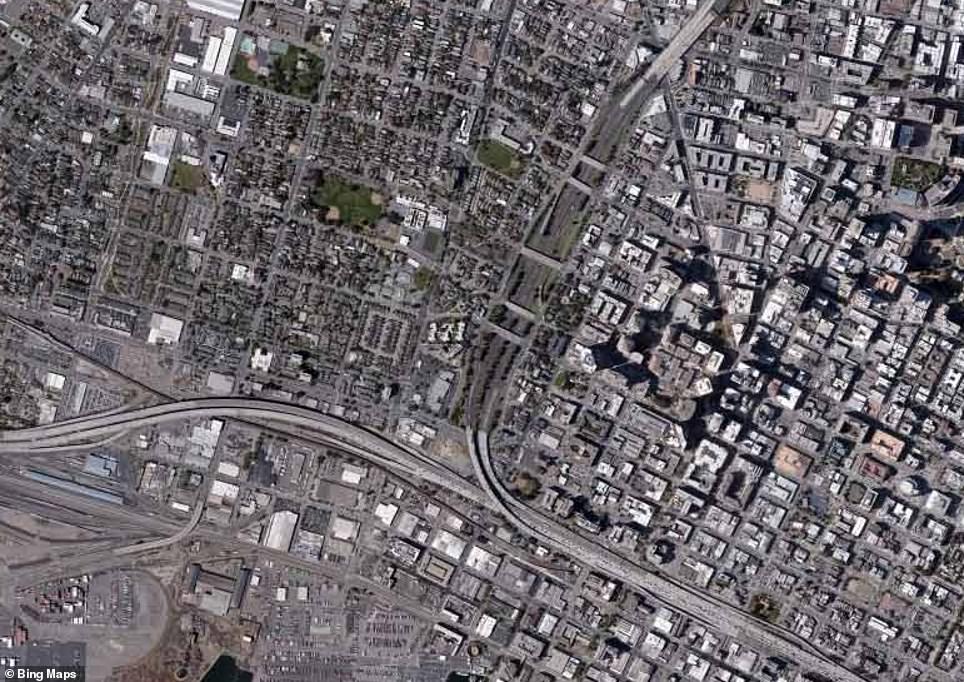 Hundreds of homes were cleared in Oakland for its freeway, which may have contributed to the formation of the Black Panther Party