It might not surprise our regular readers that the top performing funds of the first quarter of this year were focused on the UK and small caps. And the topmost on the intersection of the two.

Britain has organised a strong vaccine rollout, and despite some debate about the speed of reopening allowed to businesses – particularly compared to the other frontrunner, the US – investors are betting that its companies have been given a headstart.

That has been benefiting the more domestically focused FTSE 250 – which hit record highs yesterday – rather than the more global FTSE 100. But it is small caps both here and abroad that are set to reap the biggest benefits from the recovery, being nimble and full of rapid growth potential.

Investors considering their new Isa year’s options will often look to medium-term – and in volatile times like this, short-term – trends when choosing funds. But they must be confident that the narrative will persist into the long term.

There’s no reason to think that UK small caps will not continue prosper (EU trade wrangles and exchange rate issues aside perhaps), but a fair amount of that future success might already have been priced into funds and trusts.

There are other obvious pitfalls of basing investments purely on momentum. A look at the best performing investment companies of the year so far – in the same article (table reproduced below) – reveals a few.

In top place is All Active Asset Capital with an impressive year-to-date gain of 185 per cent. It is an eight-year-old UK-listed investment company, although not a member of the Association of Investment Companies and based in the British Virgin Islands.

According to online information it operates in Asia Pacific and Europe, with a focus on early-stage firms in technology, agriculture, forestry and plantation, mining, natural resources, and property.

But a closer look on the Morningstar website shows that it holds 43 per cent of its portfolio in cash, 37 per cent in UK-listed tech investor Asimilar Group and 18 per cent in Myanmar Allure, which is a travel company.

The latest Morningstar data shows AIM-listed All Active is trading at a premium of 3,500 per cent.

That’s because its current share price gives it a market capitalisation £510m, whereas its estimated net asset value is £14m. Now the latter is out of date as it only reports NAV semi-annually.

But still, all this shows that even the risk-tolerant investor must do plenty of research, so they are happy with what they’re getting into. What it also shows is that some investment companies can be very different beasts from funds – whether closed or open-ended.

Big investment trusts might operate in a similar fashion to OEICs but some investment companies are small, niche affairs and at the extreme just a vehicle for backing a particular firm or project.

The latter are often not members of the AIC, and while this is no way a signifier that there’s anything wrong with a company, it means it’s probably not a large, diversified investment fund. And it makes it more difficult to compare with peers: the AIC website has some excellent resources for analysing and comparing the 392 investment trusts that fall within its remit.

Second up is Agronomics Ltd with a YTD return of 136 per cent. According to Morningstar it invests in ‘the nascent industry of modern foods, which are environmentally friendly alternatives to the traditional production of meat and plant-based sources of nutrition’. 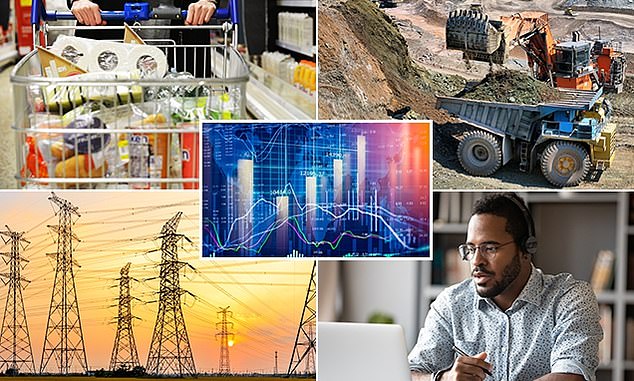 Investors considering their new Isa year’s options will often look to medium-term trends when choosing funds. But they must be confident that that trend will persist into the long term.

The Isle of Man-based company, which has been around for 10 years, has a market cap of £144million and is not in the AIC. It’s also a hot AIM stock, as noted recently by our print colleagues.

For adventurous investors wanting a thematic play as a satellite holding in their portfolio, it could be an interesting choice. The average Isa investor might want to proceed with caution.

There is after all the possibility that shares in a fashionable sector have been bid up to frothy valuations, with the danger that you are coming late to the party. Renewable energy companies and trusts recently suffered something of a correction – although that does not necessarily damage the long-term outlook for the sector.

Next up are two similarly named vehicles that are not to be confused. Drum Income Plus is a real estate investment trust with ‘a diversified portfolio of commercial real estate, retail and industrial sectors’ that is 74 per cent up on the year. It is however nearly 25 per cent down over 12 months, suggesting a certain amount of volatility.

Drum REIT’s performance charts do show a sudden boom recently although it is hard to detect why in news sources. It is also very small with a market cap of just £20m – but it is an AIC member and is running at a near-29 per cent discount to NAV.

That might give some investors comfort, as it does after all offer a yield from its property investments of 5.7 per cent.

Drumz meanwhile (LSE ticker DRUM, not in AIC) is a tech investment company with a particular interest in software firms across Europe. It’s tiny with a market cap of just £2.3m and is running at a hefty 127 per cent premium, as its latest estimated NAV is just £1m. It also levies an ongoing charge of nearly 7 per cent.

That’s not to say there is anything wrong with Drumz but these are signs it’s really not one for the vast majority of retail investors.

Three months is obviously far too short a timescale to judge any sort of investment. But what these sorts of list can do is highlight themes and trends, and give you ideas.

So, intrigued by small growth and tech firms? Then consider something with a great track record like Herald IT.

Want some exposure to property to diversify your portolio and earn some income? There are some big name investment trusts with excellent recent performance like Ediston and BMO Real Estate.

While investing should rightly be a long-term pursuit there’s no harm in favouring the better performers of the last year or three – as long as you know who they really are and what they do.