The late Karl Lagerfeld, who died in Paris on Tuesday, will perhaps be best remembered for reversing the fortunes of ailing fashion label Chanel.

The designer, who passed away at the age of 85, transformed the French luxury house, once known for its sensible tweed two-pieces, into a cutting-edge fashion powerhouse synonymous with show-stopping couture and futuristic minis.

When he took the helm of Chanel in 1983, he shifted focus away from fragrance and accessories and focused on updating its heritage pieces, injecting much-needed life into its couture line following the death of legendary founder Coco Chanel.

As of 2019, he he boasted an A-list following including the likes of Keira Knightley and Kristen Stewart and Chanel was turning over around $10bn (£7.7bn) a year – but the fashion chief never succeeded in winning over the royal family.

The late Princess of Wales once favoured Lagerfeld’s designs (pictured in a Chanel suit in Windsor, 1997, left) but she later refused to wear the label reportedly because it reminded her of Charles. Despite her love of designer labels, the Duchess of Cambridge has worn Chanel just once – during a visit to Paris in 2017 (pictured at Les Invalides military hospital, right)

Despite his celebrity clientele, Lagerfeld failed to secure a coveted spot in the royal wardrobe and, unlike other major luxury labels such as Prada and Dolce & Gabbana, was widely snubbed by Palace stylists.

The Duchess of Cambridge has notably worn Chanel just once – during a visit to the French capital in 2017 – while the Duchess of Sussex has not been seen in the label since her pre-royal days.

Insiders had long suspected the royal snub was linked to Lagerfeld’s acid-tongued remarks about the Middletons; after the 2011 wedding of the Duke and Duchess of Cambridge, he famously said that Kate has a ‘nice silhouette’, but that her sister Pippa ‘struggles’.

Speaking to a German magazine, he said: ‘Kate Middleton has a nice silhouette and she is the right girl for [William]. I like that kind of woman, I like romantic beauties.

‘On the other hand, her sister struggles,’ the designer added. ‘I don’t like the sister’s face. She should only show her back.’ 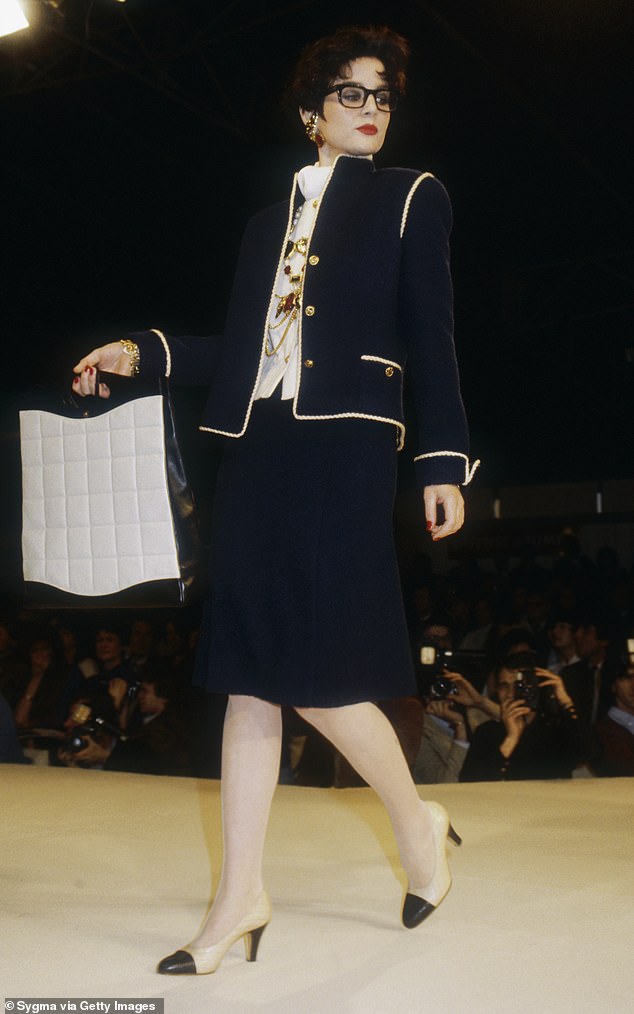 1983: A navy two-piece suit on the Chanel runway in Paris, one of Lagerfeld’s first shows for the French fashion house to present its AW 1983-1984 collection 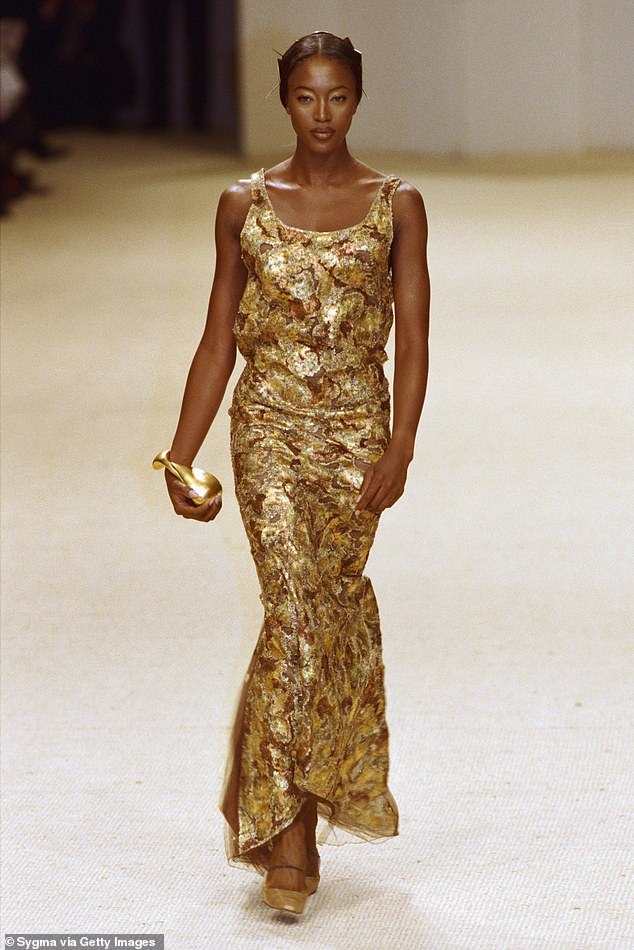 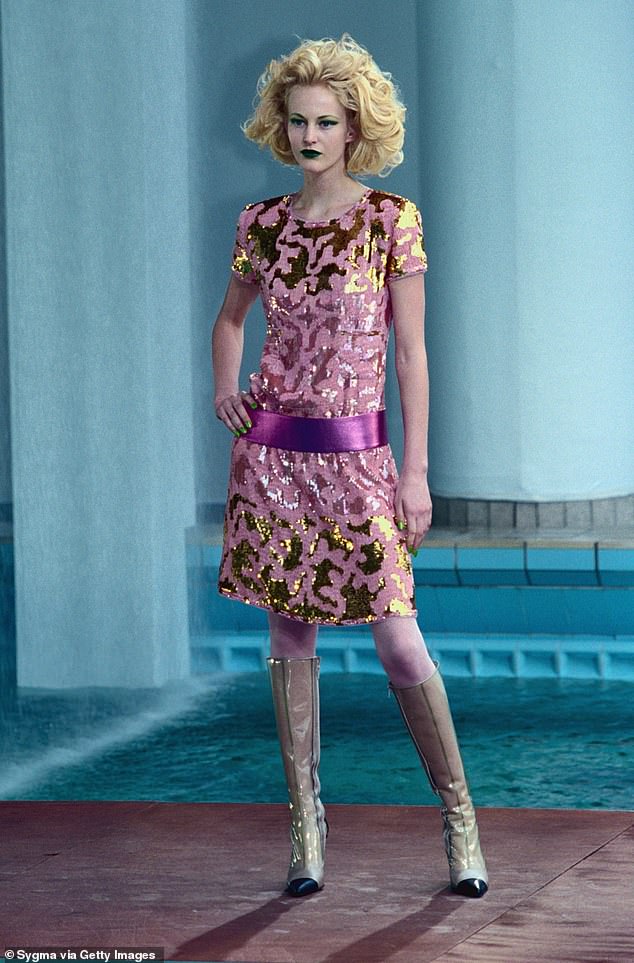 2000: A futuristic look on display at Chanel’s AW 2000-2001 haute couture show in Paris, 17 years into Lagerfeld’s tenure as creative director of the iconic French fashion house 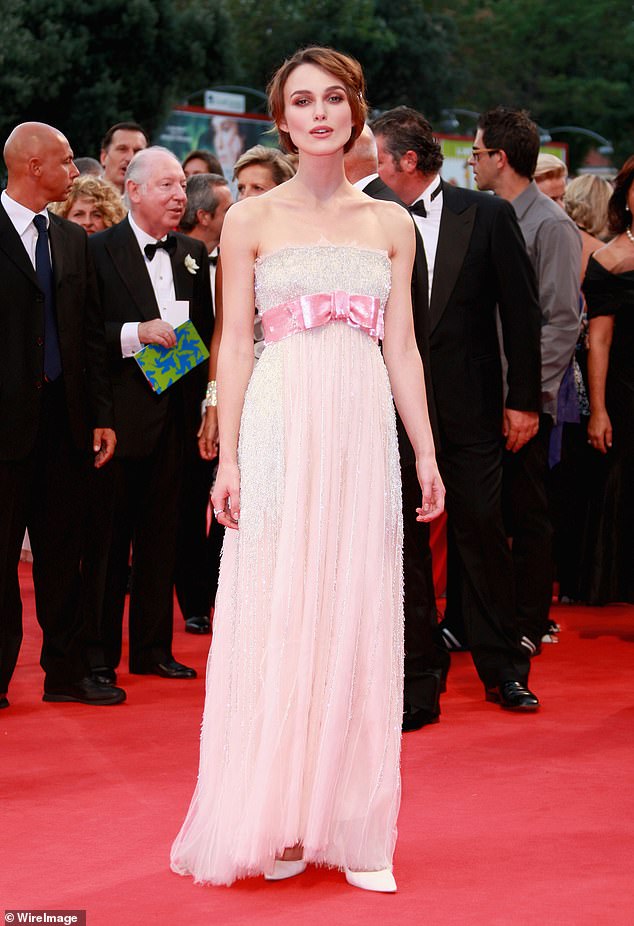 2007: Keira Knightley in Chanel couture for the Atonement premiere at the Venice Film Festival. The actress is a Chanel ambassador and has starred in fragrance adverts 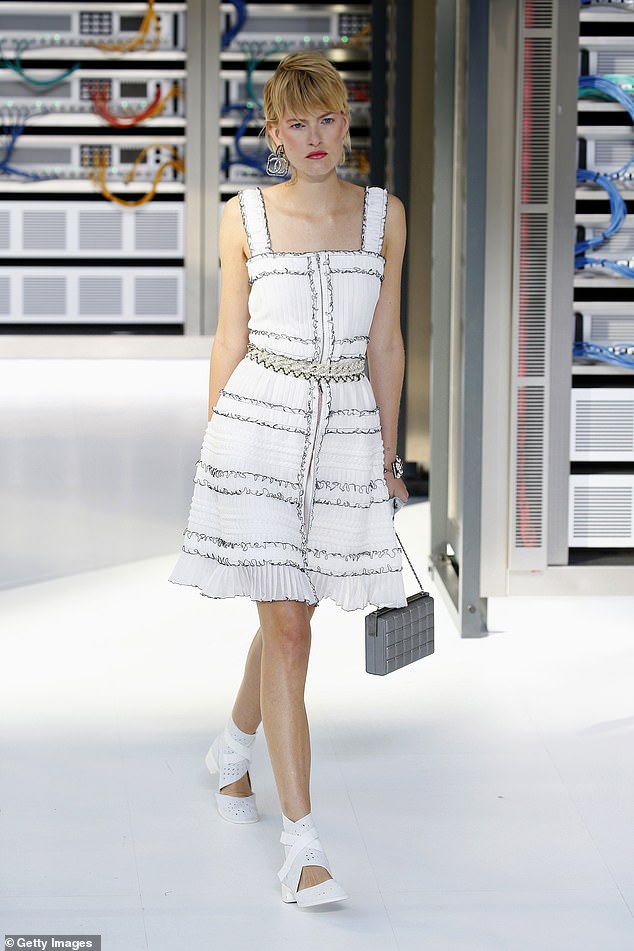 2016: A modern twist on an old classic with a floaty summer dress that harks back to Chanel’s iconic tweed designs, as seen during Lagerfeld’s PFW womenswear SS17 show 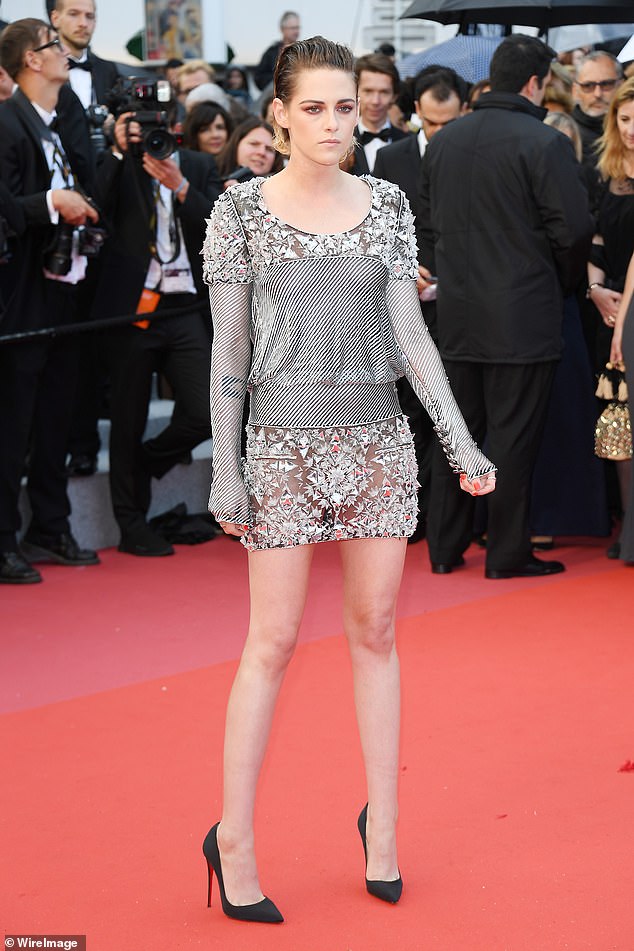 2018: Chanel has undergone an image overhaul of epic proportions, from tweed two-pieces to futuristic minis (pictured: Kristen Stewart in Chanel at the Cannes Film Festival last May)

While the late Princess of Wales once favoured Lagerfeld’s designs, she later refused to wear Chanel because its iconic double-C emblem reportedly ‘reminded her of Charles and Camilla’.

Chanel sources confirmed on Tuesday that Lagerfeld had died in Paris at the age of 85 following a period of ill health.

His death comes after he missed the Chanel haute couture show in Paris in January for the first time since his arrival in 1983.

Lagerfeld was also the creative director of Italian fur and leather goods fashion house Fendi, as well as his eponymous fashion label, which he launched in 1984.

The designer had worked with the likes of Chloé and H&M and was also an acclaimed photographer, having gone behind the lens for a number of high fashion magazines and for his own fashion campaigns.

Regarded as one of the most important fashion visionaries of the 20th and 21st centuries, he was known for regularly wearing sunglasses and a black suit with a white shirt, with his grey hair pulled back into a ponytail.

Runway shows that made Chanel the hottest ticket at Fashion Week