How Killing Eve’s Villanelle was inspired by The Tigress

How Killing Eve’s Villanelle was inspired by The Tigress: Show’s assassin was based on real-life hitwoman who used her legendary sexual prowess to help kill 23 for Basque separatists Eta

The writer of the novels behind the hit TV series, Luke Jennings, said he had drawn inspiration from Riaño after reading about the female assassin in Spanish newspapers.

Eta was an armed leftist Basque nationalist and separatist organisation in the Basque Country.

Riaño was jailed in the 1990s after being found guilty of killing 23 people while operating for the organisation.

She was released in 2017 after having served 23 years, one year for each murder she committed.

She was originally sentenced to 2,000 years behind bars for her ruthless crimes, although the maximum sentence a prisoner can serve in Spain is 30.

Riaño, also known as ‘The Tigress’, was fond of her own reflection, Jennings explained during an online interview for literary festival Lynne Crime. 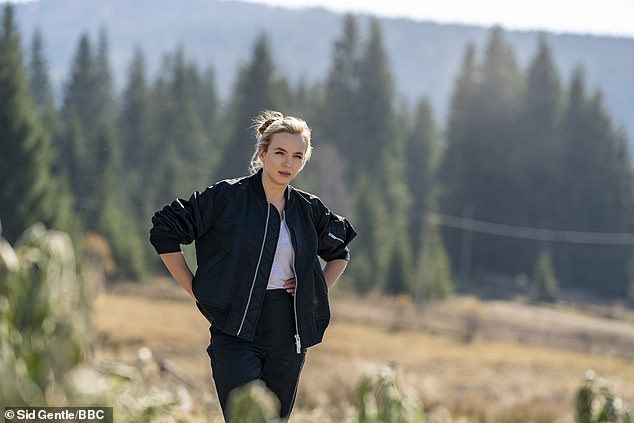 One of Riaño’s fellow Eta members once recounted how during a stakeout with the intention of killing a police officer, the assassin had become distracted by her own reflection in a shop window.

‘At the key moment Idoia, who was supposed to be doing the killings, didn’t actually see him because she was so entranced with the window of a fashionable store and her own reflection in it,’ Jennings said.

This is reflected in Killing Eve, as Villanelle, played by Jodie Comer, enjoys picking out haute couture garments in between murdering her targets, the Times reported.