The late Kim Porter inspired the plotline behind the 2002 hit movie Drumline – a motion picture that starred Zoe Saldana and Nick Cannon as teens who find romance through their love of the arts.

Dallas Austin revealed the story was based on his relationship with Porter – who passed away aged 47 on November 15 – in an Instagram post last week.

The music producer who produced the flick with the likes of Alicia Keys, Joe, and *NSYNC’s JC Chasez providing songs, told how the pair was ‘inseparable’ since childhood as he shared a prom picture.

‘Oh well here it goes :our famous prom pic : This is the hardest post I’ve ever had to do…my mom and Kim’s mom was pregnant with us at the same time in Columbus …I have never known a life without Kim porter from kindergarten through all of our life long experiences in high school, having matching bmws or her being the biggest believer in me making it as a producer and us getting out of Columbus to be somebody ..and we made it!!’ he posted about his ex.

‘We were inseparable I feel like a part of my soul has has been taken away ..most people don’t know that Zoe Saldana played the role of Kim in ‘drumline’ as nick cannon played my character.’

The name of Cannon’s character was Devon, a New York boy who meets Laila – played by Saldana – at Atlanta A&T University while he pursues his drumming dream in the marching band.

Drumline raked in $56million at the box office and $1.2million abroad. It was nominated for Teen Choice Awards, MTV Movie Awards – including Best Kiss between the stars – and even an NAACP Image Award for Outstanding Motion Picture. 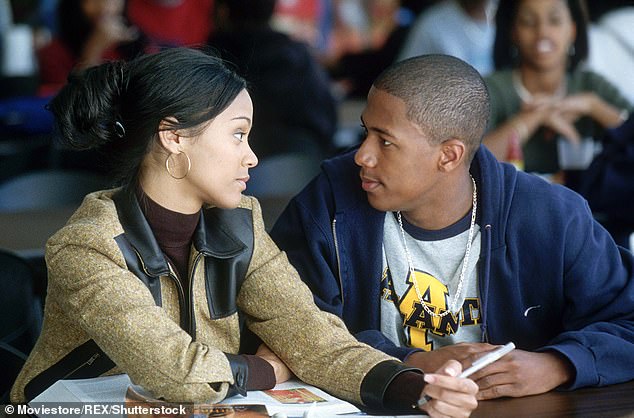 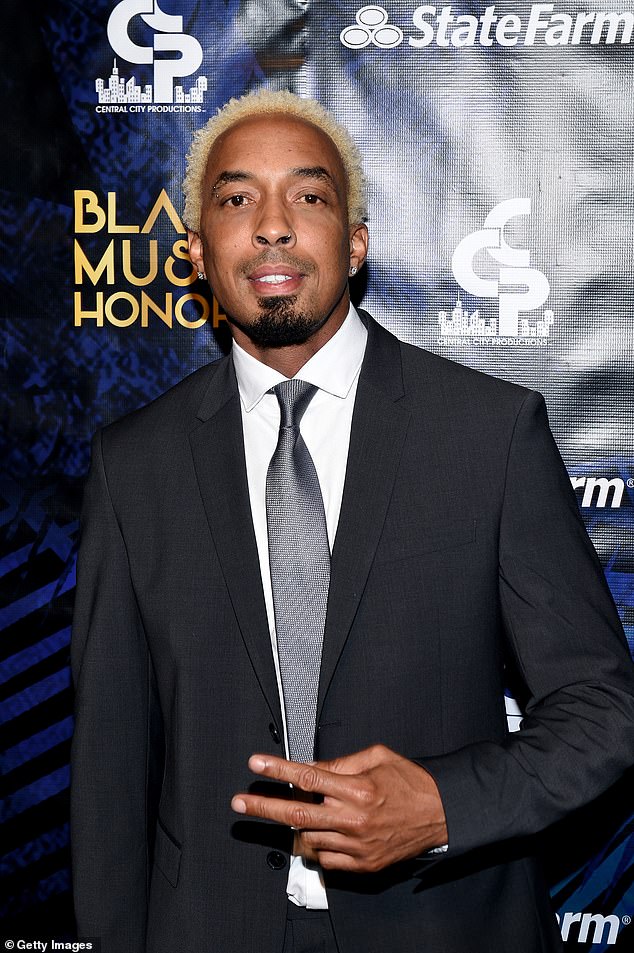 Austin had previously spoken about how he approached Fox Searchlight about making the movie reflecting Atlanta student life.

‘They were like, “What’s so interesting about it?”‘ Austin previously told MTV News. ‘So I filmed one of the competitions at the Georgia Dome and brought it back and was like, “See, they play Top 40 and hip-hop.” They were like, “Wow!” They’d never seen it before.

‘So I incorporated the story of my life about a kid in band who couldn’t read music but could play real good. … They were like, “Can we make it in college?” I’m like, “It’s bigger in college, are you kidding?”‘

Austin, 47, added in his social media post how the couple adored music.

He added: ‘We saw purple rain 15times in the theater and if you knew her you knew a strong beautiful smiling gangster angel ! I know GOD is perfect but sometimes even perfect can make a mistake. I send prayers out to the kids and our family and my brother @diddy this is a hard one but we will get though it love you @ladykp.’ 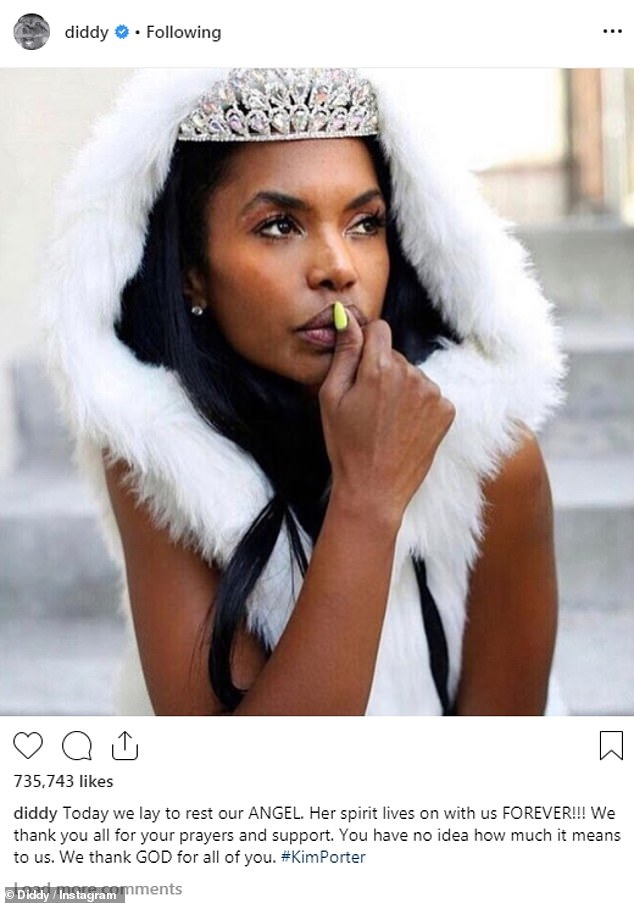 The procession headed to Evergreen Memorial Park to lay Porter to rest next to her mother. What’s Going On by Marvin Gaye played as they left and fireworks were shot at the site.

Singer Faith Evans is said to have performed His Eye is On the Sparrow while gospel legend, Yolanda Adams, sand Just a Prayer Away.

Sharing images of the model in her younger years she wrote: ‘Heaven couldn’t wait for you.’ 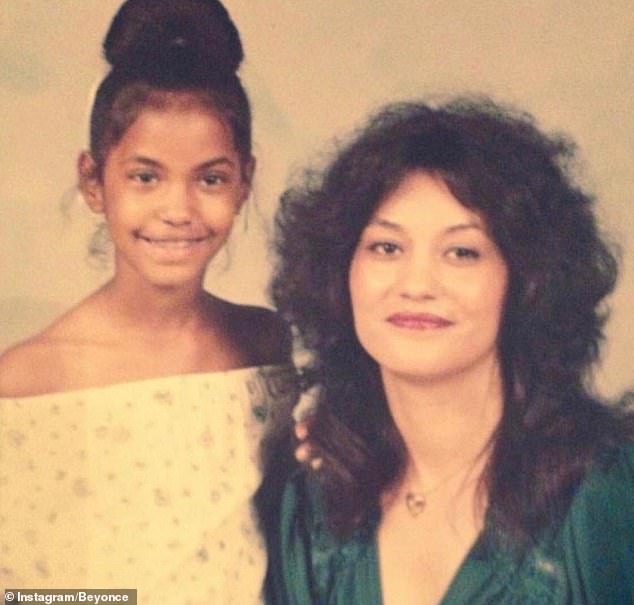 Austin said: ‘My mom and Kim’s mom [pictured] was pregnant with us at the same time in Columbus’ 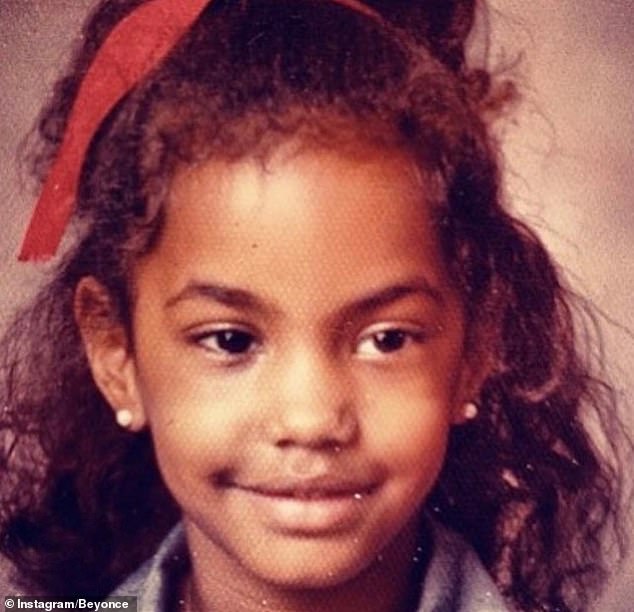 TV Pastor T.D. Jakes also posted a tribute on Twitter: ‘I’d like to offer love & condolences to @Diddy and his entire family, as they traverse the tragic loss of Ms. Kim Porter.

‘The beauty of love is that it knows no limits; not even death can contain the love established during her life. May God’s grace guide you through this time.’

The number of mourners in attendance was estimated to be between 1,200 to 1,500 loved ones.

She died last Thursday after suffering from a bout of pneumonia but her exact cause of death is unknown.

The couple had been on and off for 13 years and following their split, the pair continued to co-parent their children and remained like family with one another. 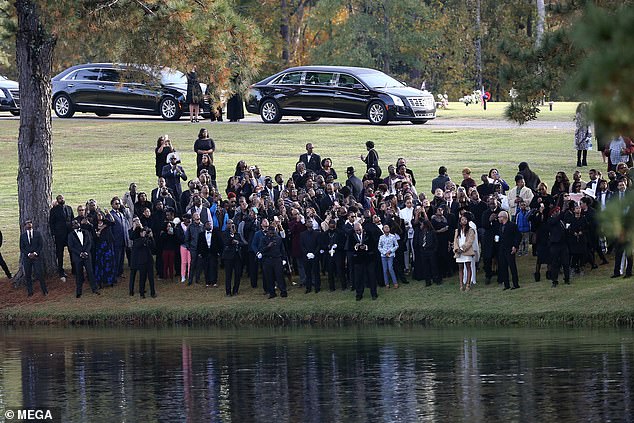 Music mogul Sean ‘Diddy’ Combs joined Kim Porter’s grandma at the memorial gardens where former girlfriend Porter, the mother of three of his children, was laid to rest Saturday