Lady Kitty Spencer has just been announced as an ambassador for luxury jewellery brand Bvlgari – cementing her status as fashion’s new IT girl.

In fact, experts say Kitty, 27, could be set to make up to £2million a year if she continues to secure lucrative contracts with fashion brands.

Princess Diana’s niece is already an ambassador for Dolce & Gabbana, starring in her first print campaign for the brand earlier this year.

She has also appeared on the catwalk for the Italian fashion brand, as well as being dressed by the brand for Prince Harry and Meghan’s wedding.

Branding experts say that Lady Kitty’s social media profile, along with her link to royalty, mean that she could be set to make millions a year. 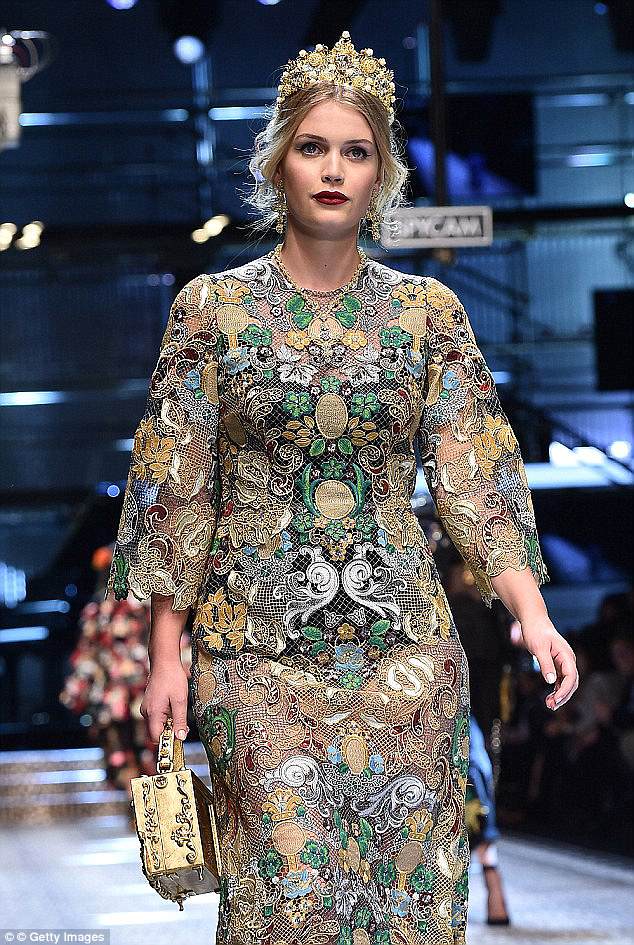 Princess Diana’s niece, 28, is already an ambassador for D&G – making her catwalk debut for the brand last autumn 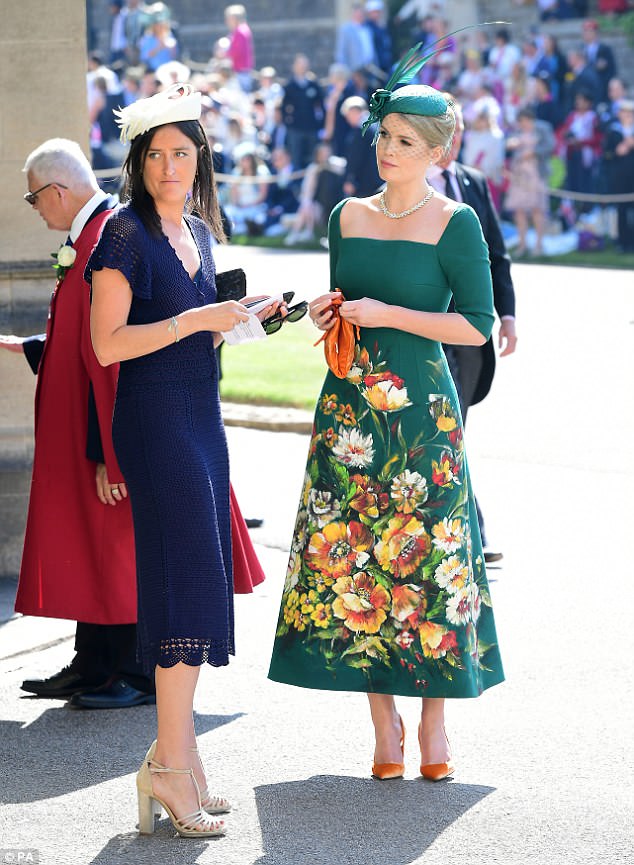 Chris Ogle, who advises on brand strategy for Flow Digital, said: ‘Lady Kitty Spencer’s partnership with Bvlgari highlights the value of personal brand preservation rather than selling to the highest bidder at the earliest opportunity.

‘Her value lies in a rare combination of having a large and engaged social media following, her royal title, her close association with fashion houses and her charitable work.

‘Much is still to be revealed about her official role for Bvlgari but it would be comfortable to say her partnership will be worth in the region £500,000 to £1m per year in salary and benefits.’

He added: ‘Her catwalk debut for D&G will have shot her profile right to the top of elite end endorsements for fashion brands and will no doubt received numerous offers for partnerships in the time since. 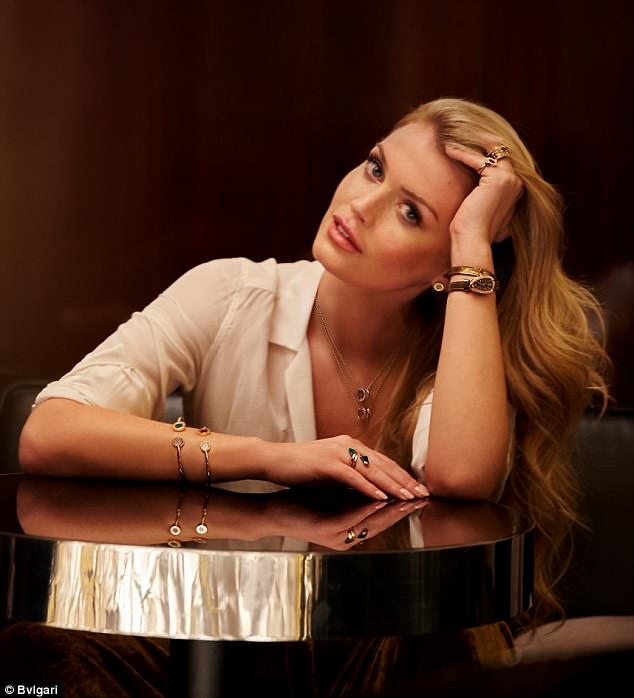 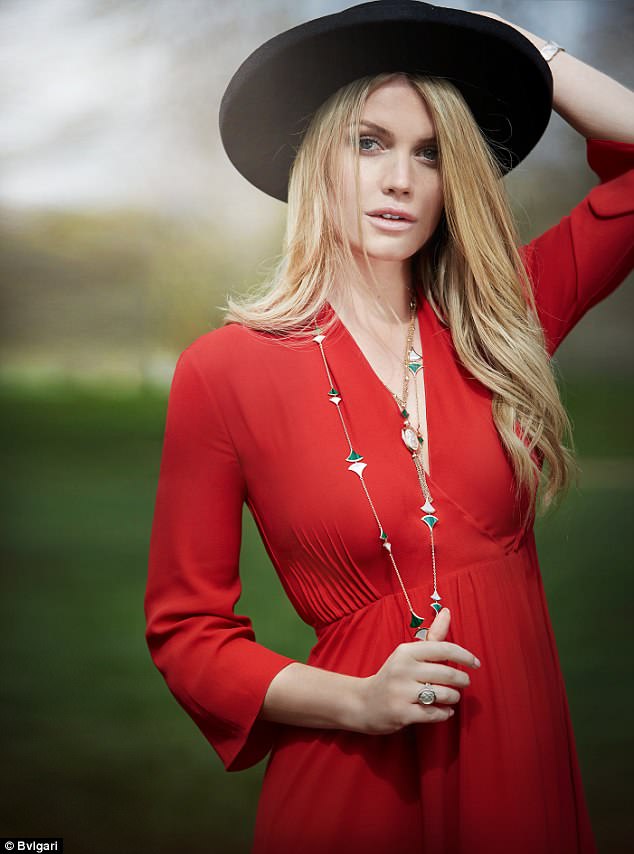 Experts say Lady Kitty’s social media profile, along with her link to royalty, make her very valuable to fashion brands 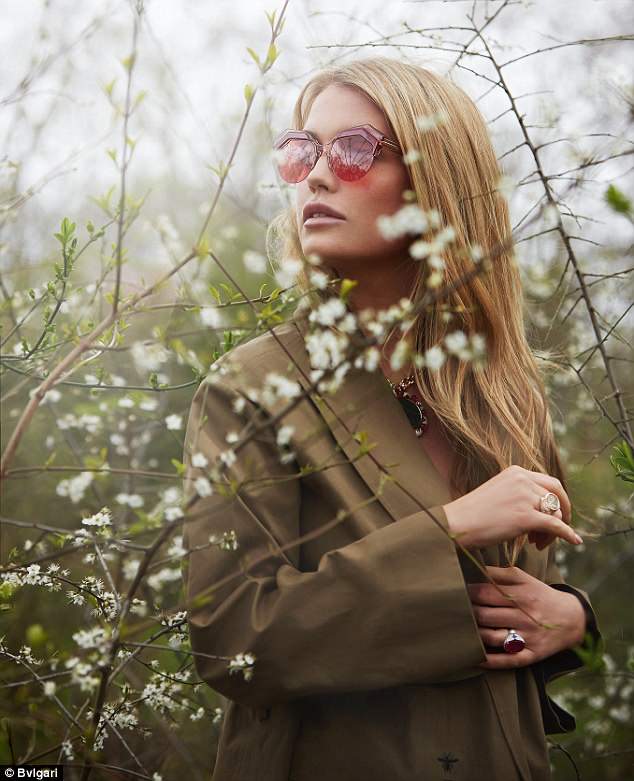 In fact, experts say that the socialite could make up to £2m a year if she continues to secure lucrative contracts

‘Should she maintain her personal brand and remain elusive to partner with, she may be able to leverage her royal background to as much as £1.5-2million per year should she look for the ideal opportunities.’

‘Already one of the faces of the Dolce and Gabbana Spring Summer campaign, becoming part of the Bvlgari family is just another milestone in Lady Kitty Spencer’s career,’ Emma said.

‘This is great exposure for her and will lead to more high-profile opportunities in future.’ 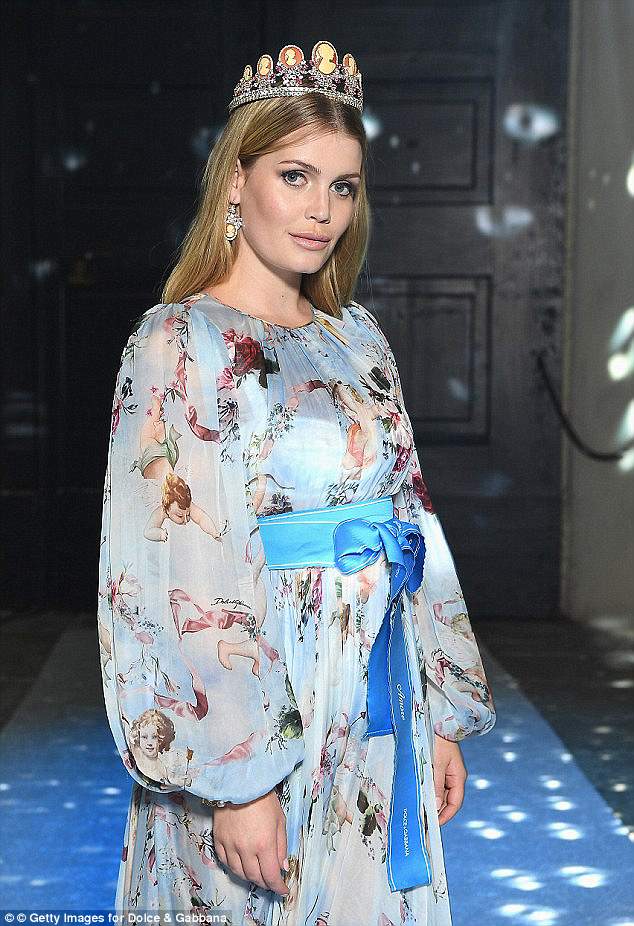 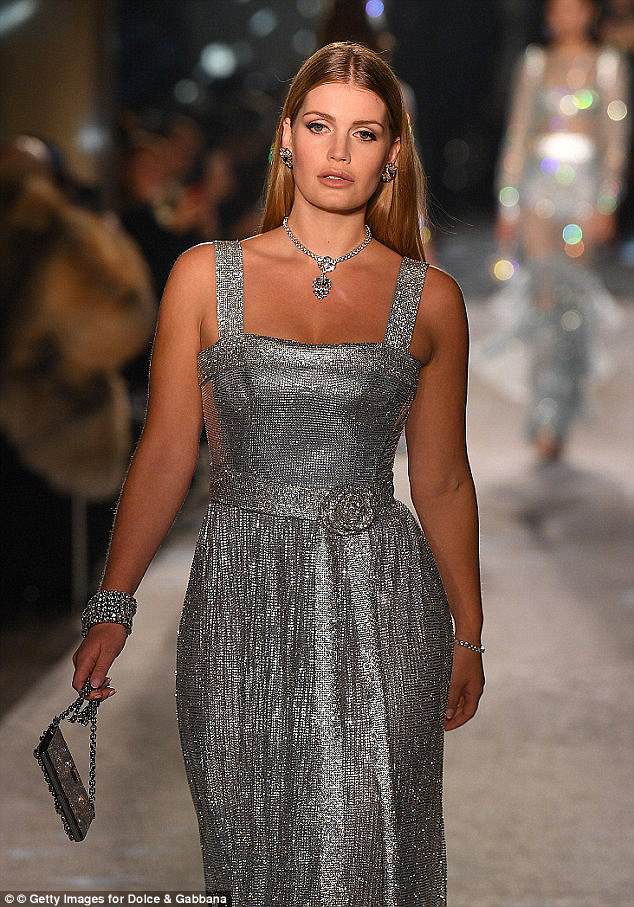 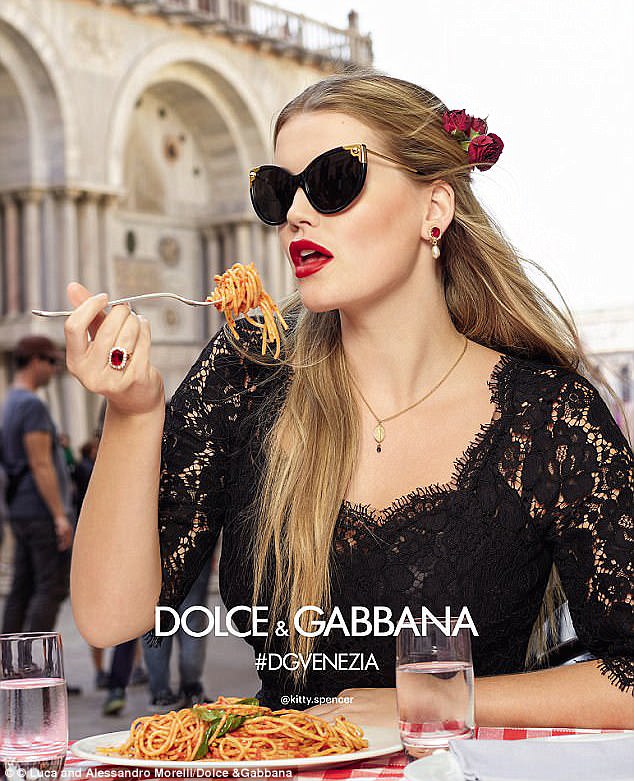 Lady Kitty also appeared in her first print campaign for D&G, shot in Italy, in the spring

Lady Kitty appeared in her first ad campaign for D&G in the spring, alongside Sabrina Percy and Frankie Herbert.

She also took part in the Italian fashion house’s ‘Secret and Diamond’ show during Milan Fashion Week in February, donning a tiara for the occasion.

Last year, Kitty made her catwalk debut for D&G in Milan as part of their ‘Millennials’ campaign, and has starred in various magazine shoots – including for Vogue Japan and Elle Russia.

She’s not the only one with royal connections to feature in campaigns for D&G, with Lady Amelia Windsor also previously modelling for the brand.