How Madeleine suspect slept in my attic

By Inderdeep Bains for the Daily Mail

This is the dingy attic bolthole where ‘nervous’ Madeleine suspect Christian Brueckner slept after leaving Portugal ‘to start a new life’.

Brueckner told landlord Alexander Bischof he was ‘between jobs and had no money’ and missed his English girlfriend.

Mr Bischof also said he agreed to take on the registration of Brueckner’s Jaguar, which is at the centre of the police inquiry, as a ‘favour’.

Brueckner arrived at his house in Braunschweig, near Hanover, shortly after the three-year-old vanished. 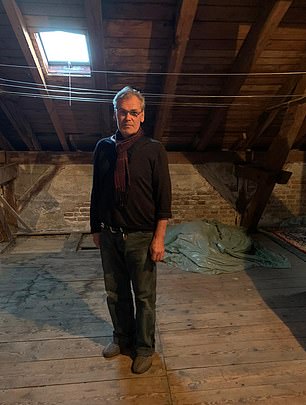 Retired Mr Bischof (right) was asked to help him by a mutual acquaintance – and Christian Brueckner (left) lived in his attic for two or three weeks at a time.

Retired Mr Bischof was asked to help him by a mutual acquaintance – and Brueckner lived in his attic for two or three weeks at a time.

Last night Mr Bischof, 64, told the Daily Mail: ‘He was always anxious, never relaxed. His eyes would always dart around the room when you were trying to have a conversation.’

But he was shocked when police later came to ask him about Madeleine. Former telecoms engineer Mr Bischof said: ‘He was always a little nervous. He just couldn’t hold down a job and I tried to encourage him to do so.

‘He said he grew up in an orphanage and never ever mentioned any family.

‘He never really stayed in one place. He only talked about his girlfriend Maria – I think she was English and was working in Portugal.

He said he missed her all the time.’ Showing his attic to Mail reporter Inderdeep Bains, Mr Bischof said he did not know Brueckner until they were introduced by a common acquaintance, who said Brueckner had been living in Portugal for some time but had decided to start afresh in Germany.

‘Mr Bischof added that they shared a ‘passion for Jaguar vehicles’.

He said he had agreed to take on the registration of Brueckner’s Jaguar XJR6. The car was registered to another driver the day after Maddie vanished. 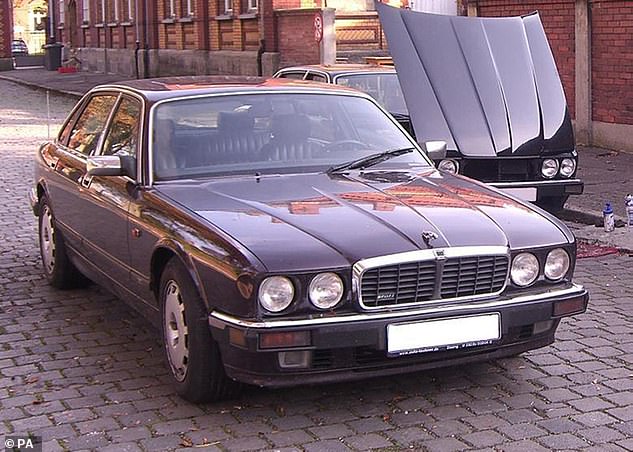 Mr Bischof revealed he asked Brueckner to leave his home after realising he was mixed up with drugs.

‘He was using my living space and is then dealing drugs. That’s a no-go, I thought,’ he said.

Some time after Brueckner left, he said police came to search his attic, mentioning ‘Maddie’ and a ‘murder’.

He added: ‘I was baffled. ‘I was stunned, it was unbelievable. I would never have thought that of him.

‘He never spoke a word about such things. We never talked about young children, our talks were always dealing with cars, football and Portugal. Men’s stuff.’

He said the detectives were ‘fixated’ on the Jaguar, which Brueckner had hitched up to his camper van and driven to north Germany. Mr Bischof also told the Mail that Brueckner returned from Portugal ‘with expensive things’.

He said: ‘He had a very expensive camera and also a laptop. He even came back with a Rolex once and even a Breitling watch.

‘He was trying to sell them, but I started to realise that he was stealing while working in his jobs in the hotels there.

‘I was uncomfortable and tried to encourage him on the right path.’

Mr Bischof said he soon realised Brueckner was using his roof to dry out marijuana that he was selling, saying: ‘He was proud he had dreamed up a way to dry it in the roof because of the heat. He was selling it and making money.

‘I thought something is not right with this man. It was not good for me or my mother and wife who lived here too.

‘My wife never liked him. When he entered the room, she would leave.’

Eventually they fell out and went their separate ways. Mr Bischof said he wrote him a letter a few weeks later.

‘I tried one more time to get him on the right path,’ he said.

‘I said it was only a matter of time before he would end up in the jailhouse and that he needed to sort out his ways. I never heard from him again.’