How man lost 32 kg in less than two months

A Melbourne tradesman who lost 30 kilograms in just two months after starting a diet in late January this year has revealed how he was able to make the life-changing transformation.

Brad Walker, 32, opened up about his previous struggles with his weight and explained the detrimental impact his weight was having on his life after realising the changes were essential to improve his quality of life.

‘I was so ashamed and was giving up to the fact that I was going to be big all my life. I was depressed and felt I had nothing to offer really purely because of my size,’ he told Daily Mail Australia.

‘I was lucky and met a woman who loved me for who I am, but I knew I had to work on myself for myself first, before doing it for others.

‘Initially, I did the usual go to the gym and that helped a bit. Six months of hard work allowed me to lose 10 kilograms. But come Christmas I lost control and put it back on.’

His mother suggested a diet plan which consists of strict clean eating, and offers ‘diet drops’ which lessen cravings for sugar.

‘Before I started the diet, I was 150 kilograms. I have very few photos of myself before because I was ashamed of my body and hated being anywhere near a camera.

‘I was a massive sceptic and didn’t believe this could work, but I knew I had to try something different,’ said Mr. Walker.

As well as following food outlined by his chosen diet plan, 123diet, Mr Walker said fitness played only a small part in his weight-loss success story.

With the help of his partner, he ditched his favourite foods like McDonald’s, pizza, chocolate and lasagne which he would turn to every smoke break, lunch and after work.

‘When I was out at a celebration and couldn’t drink it’s hard, but I figure if I put in the hard yards, it’s going to pay off.’ 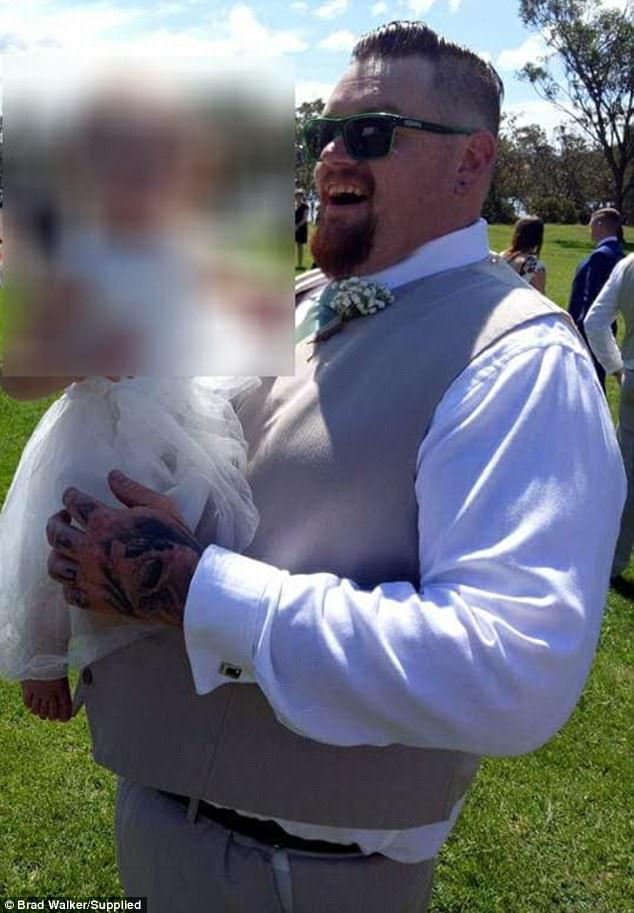 His mother suggested a diet plan which includes strict clean eating, and offers ‘diet drops’ to help with suppressing the urge for sugar 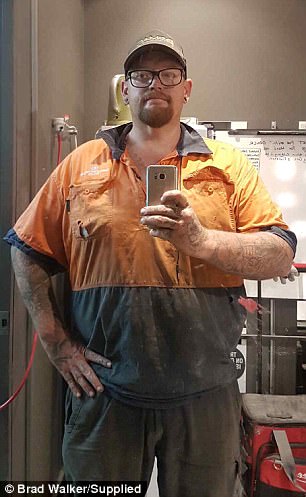 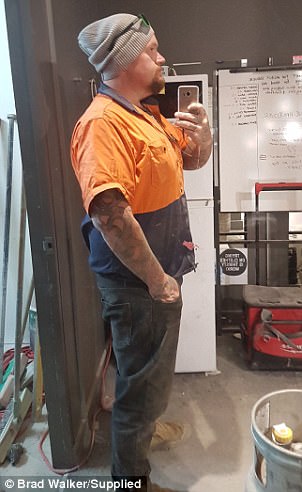 His new conscious eating approach has given Mr Walker the confidence to encourage others and give his support through their weight struggles.

‘I know what they’re going through. I don’t care how much those trainers on television think they know about how it feels to be big. Unless you have been there, you’re not going to truly know how it feels.’

Weighing now 118 kilograms, Mr Walker says his motivation was simple, ‘I wanted to change, for me and no one else. I’m more determined now to succeed than I have ever been in my life.

‘I feel so much better. I breathe easier, I feel lighter. I am playing sports for the first time in ten years, and I know soon I will be able to achieve my number one goal, which is to walk into a regular men’s clothing store and buy a shirt off the rack.’