‘All of my heart has been broken’: Mother speaks of pain after her son, 18, drowns in flood waters – as his mates thought screams for help were a joke

By Wade Sellers and Zoe Zaczek For Daily Mail Australia

A teenager who drowned in floodwaters exacerbated by ex-cyclone Owen has been named as Dane Bracey.

The 18-year-old, from Bushland Beach, was swimming in Big Crystal Creek in Mutarnee, north of Townsville in far north Queensland, on Sunday afternoon.

The electronics technician was swept away by the rapids after jumping off a rock at a tourist hot-spot known as the ‘Rock Slides’.

His mother Gail Bracey said her heart had ‘broken into a thousand pieces’ in a  Facebook post.

Mr Bracey had called out for help but his friends thought he was joking around and only realised he was serious when it was too late.

‘He yelled “help, help” but at that stage the friends with him thought he was just playing a joke,’ district duty officer Senior Sergeant Joe Matheson told The Courier Mail.

Dane Bracey, 18, (pictured right) was swimming at a popular waterhole known as  the ‘Rock Slides’ in far north Queensland’s Big Crystal Creek when he was swept away by rapids exacerbated by ex-Cyclone Owen 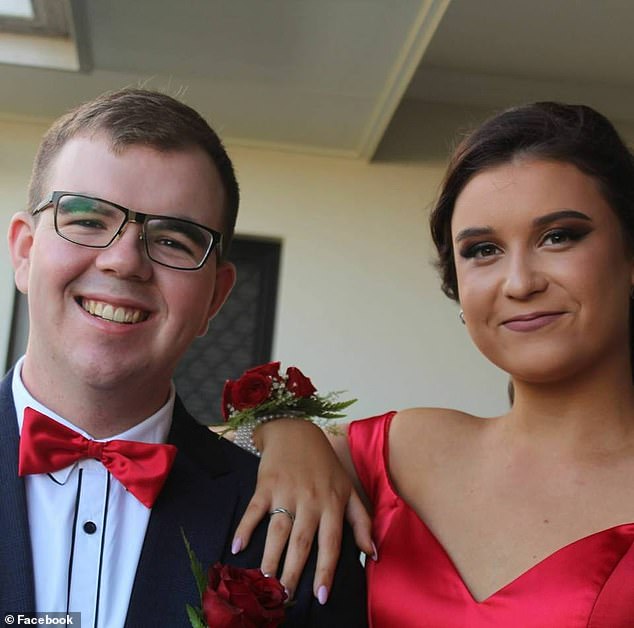 Mr Bracey’s friends had believed he was joking around when he screamed ‘help, help’ after he jumped off a rock 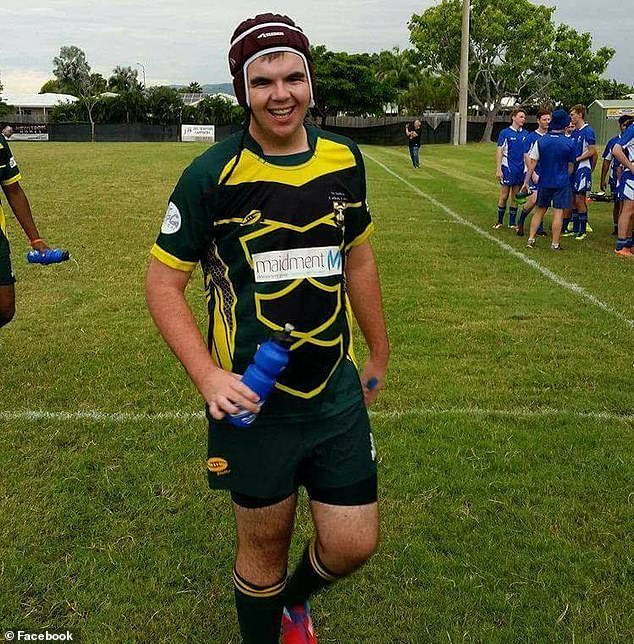 Bracey was found submerged downstream at a little after 4pm and despite efforts to revive him, he was announced dead at the scene

‘But he went under again and his girlfriend tried to enter the water,’ he said.

Mr Bracey was found submerged downstream a little after 4pm and was recovered from the water.

Friends and family tried CPR but he could not be revived.

Writing on Facebook on Sunday evening, Mr Bracey’s mother said: ‘Today a part of my soul and all of my heart has broken into a thousand pieces, I don’t know how I’m going to get through this.

‘Our beautiful, kind and wonderful son, Dane Bracey drowned in an accident, swimming at Crystal Creek.’ 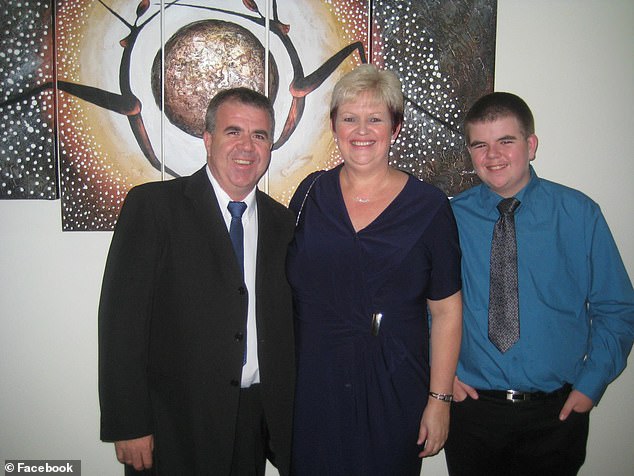 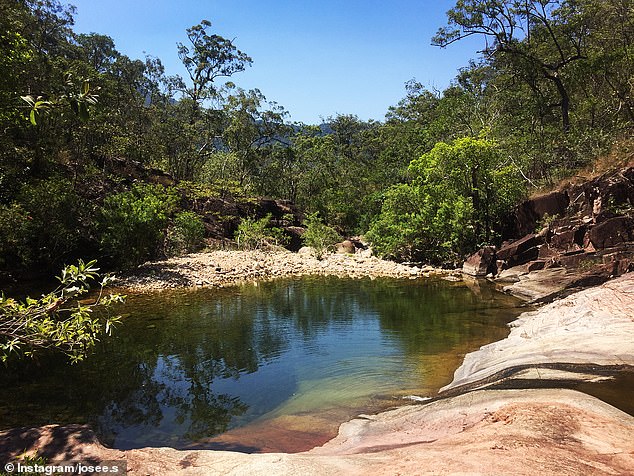 Mr Bracey was found submerged downstream almost half-an-hour later and was recovered from the water (pictured: the ‘Rock Slides’ at Big Crystal Creek) 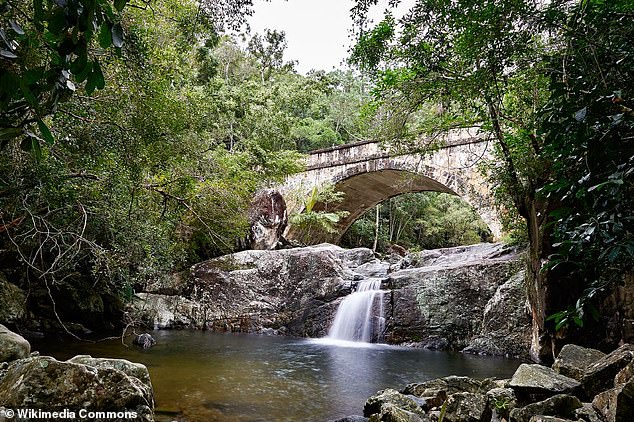 Tributes from friends and family were posted to Facebook after his mother announced the heartbreaking news.

‘Dane was a gorgeous kid, with a big heart and smile,’ one user wrote.

‘He was the sweetest and kindest boy anyone knew,’ another said.

Mr Bracey’s death happened after fierce storms that brought in around 253 millimetres of rain lashed Queensland on Sunday.

About 50 kilometres away, Halifax received 681 millimetres in the same time period with 122 millimetres of the total falling in just one hour.

Severe weather warnings were in place for the Queensland coast between Proserpine and Bundaberg.

The Gold Coast and Sunshine Coast recorded over 120mm of rainfall on Sunday.

The Bureau of Meteorology said the system made landfall approximately 70 kilometres south of Kowanyama at about 3am on Saturday morning as a severe category-three tropical cyclone. 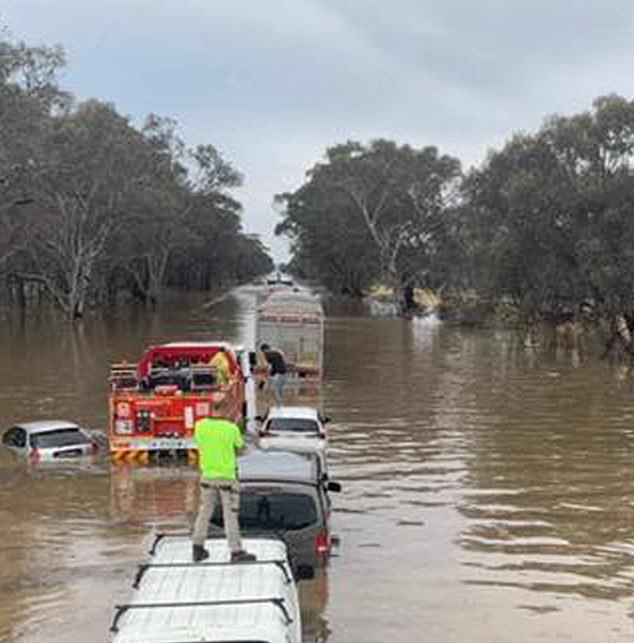 The Bureau said the system made landfall approximately 70 kilometres south of Kowanyama at about 3am on Saturday morning as a severe category three tropical cyclone (pictured: flood water brought on by Owen)