How often should you REALLY wash your favourite winter clothes?

How often should you REALLY wash your favourite winter clothes? Expert reveals when to clean jackets, beanies and jeans – and you might be surprised

An expert has revealed how often you should actually be washing your winter clothes – and if you throw everything in the wash after one wear you might want to re-think your routine.

Alexis Todorovski from Australia’s largest and most innovative clothing recycling company SCRgroup has revealed jumpers only need to be washed every two or three wears.

She revealed exactly how often to wash all of your winter staples and said gloves, hats and beanies need the most attention.

How often should my winter clothes be washed?

Winter coats: Once per year

Jeans: When they look dirty

Woolen jumpers only need to be washed every two or three wears, according to Alexis, and should always be treated with care.

To make sure they don’t shrink or fall out of shape it is important to always use the wool wash setting on the washing machine or to wash each item by hand.

Most coats and jackets only need to be washed once per season, before they are popped away for the summer months, Alexis explained.

This includes down jackets, leather jackets and woolen coats, as they don’t come into direct contact with skin as often as other pieces of clothing.

Suit jackets and blazers should be cleaned every four or five wears, the expert revealed, and should be dry cleaned.

Fleeces should be washed every six or seven wears, according to Alexis.

Hoodies should be washed every four or five wears, according to the expert who says tracksuit pants can also be kept for four wears before they are put in the wash.

But if they are worn during exercise then they should be washed straight away.

‘Washing these items too often can cause pilling and for them to lose shape,’ she said.

These are the items that have the most direct contact with the skin so should be washed most often. They are also the items most people forget to wash.

‘It’s important to remember that they come in direct contact with facial oils, perfume build up, plus the germs you pick up with gloves, so at a minimum you should be washing them once a week,’ Alexis said. 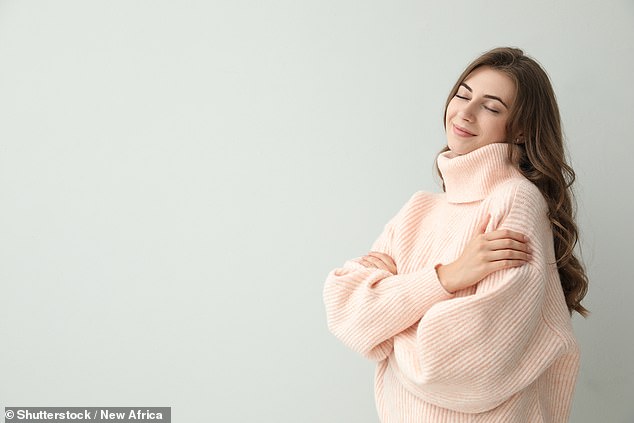 The clothing expert rejected the theories that jeans should never be washed or that they should be cleaned by being placed in the freezer.

Instead she recommends jeans be washed in cold water only and always inside-out in order to prolong the life of the denim.

Jeans should only be washed once they look dirty.

Or, as a rule of thumb, for people who are active all day jeans should be washed every four wears.

If you sit behind a desk most of the time then you can get away with wearing your jeans ten times before they need to be cleaned.

‘You definitely should be washing them, however you don’t need to wash them often,’ she added.

Alexis said the best way to reduce the likelihood of your clothes reaching landfill before their time is to look after them correctly.

SCRgroup have collection points around the country where clothes can be donated, instead of being tossed into landfill.

Are you washing your jeans wrong?

Australian brand R. M. Williams has revealed the secrets for maintaining jeans to help extend the shelf life of denim.

The clothing experts said limiting the washing of denim jeans until it’s necessary can keep its shape and colour through years of wear.

To best preserve the colour of jeans, turn them inside-out and wash in cold water on a slow spin cycle, and then allow them to drip dry, away from direct sunlight.

‘The indigo dyes in some jeans release both with wear and in the wash. The less indigo lost at the beginning of the lifetime of the jean, the richer the finish will look in the long run,’ the experts said.

To wash black jeans for the first time, hand soak them inside out in cold water using only a small amount of black fabric wash to retain colour for longer.

One Australian woman said she’s been warned by multiple shop assistants to never use laundry detergent when washing denim jeans.

‘I don’t use detergent on my really good jeans,’ she said.

When it comes to separating whites and colours, consumer scientist Mary Zeitler explained how dyes can bleed in the wash, especially with new garments.

‘However, after a few washes, dyes become less likely to release and transfer to other clothing,’ she explained.