How often you should replace your bed linen, doona and pillows

REVEALED: How often you should replace your bed linen, doona and pillows – and you might be surprised

You should be replacing your bed linen every two to four years and swapping out your doona for a new one every five years, a team of bedding experts have revealed.

Australian lifestyle company Bed Threads revealed how often linen, pillows, doonas and mattresses should be replaced in a new post, as many people are failing to keep their bedroom as hygienic and comfortable as they should be.

It comes after a survey by Daily Mail Australia on Monday found that while 50 per cent of people wash their bed sheets once a week, 33 per cent wash them fortnightly and 12 per cent, monthly.

It’s recommended that bed sheets be washed once per week, including pillowcases, to prevent bacteria build up from dead skin cells and sweat.

How often do you wash your bed sheets?

Bed linen has an average lifespan of two to four years based on how often the sheets are washed.

If cleaned on a regular basis (once a week or fortnightly) this can break down the material’s fibre quicker due to the pressure of a washing machine.

According to the My House interior team, sheet sets used daily should be ‘tossed and replaced with brand new ones every two years’.

They recommend bamboo cotton sheets as they have ‘anti-microbial properties’ that have been found to help ‘repel bacteria, mould and dust mites’ more efficiently than normal cotton. 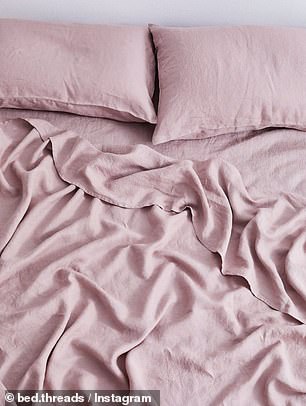 Pillows: Every 1 to 2 years

While many replace their pillows diligently, others struggle to let their favourite ones go – even if it means putting their health on the line.

An alternative way to extend the life of a pillow is by washing it every six months.

According to My House, covering your pillow in a zippered pillow protector (which should be washed every three weeks) will help with hygiene.

‘Wash your pillow at least twice a year- just remember to check whether your pillow is machine washable before giving it a spin – and leave it exposed to sunlight when you can to limit the build up of nasties and growth of bacteria,’ they advise. 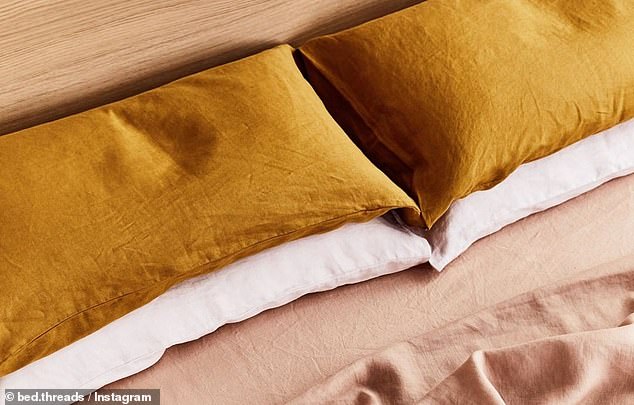 It’s recommended to purchase a new mattress every ten years, although many don’t abide to this general rule as it is often an expensive and seemingly unnecessary purchase.

The most common problem that effect mattresses after long periods is sagging, which can cause discomfort and pain. If this occurs within a new mattresses ten-year lifespan, Bed Thread recommends checking the warranty.

According to My House, the longevity of a mattress can be extended by ‘rotating it once every few months and flipping it over’.

They also insist on investing in a mattress protector to absorb moisture and protect against dust mites.

‘If you feel like your mattress isn’t giving you the support it used to, it may be time to spring into action. Some mattresses get softer with age, while others get firmer,’ Peter said.

This may mean there is a build up of accumulated body fluids in the mattress.

‘If your partner gets bounced around every time you roll over in bed, you’ll probably want to start researching new mattresses pronto, and not just to keep the peace at home,’ Peter said.

5. It’s getting old (more than eight to ten years old)

Shoppers can expect a bed doona or quilt to last at least five years without the need to replace it.

This average time span can also be extended if the doona is properly cared for by airing it out regularly or getting it dry cleaned.

Leaving it out in the sun for a short period of the day will also ensure to kill any lurking dust mites.