Secrets of a Kmart thief: How a retail bandit, 22, stole almost FIFTY items from a store in just one day – before she was caught stuffing her loot into a pink suitcase

A thief on the hunt for a bargain has been caught with almost $500 worth of items stolen from Kmart in one day.

The 22-year-old had stashed 45 items into a pink suitcase she had stolen from Kmart Broadbeach, on the Gold Coast, before she made her way to the Big W on June 25.

She was stuffing make-up items into the suitcase when police arrived and arrested her, the Gold Coast Bulletin reported.

She had managed to take off with 15 pairs of pants, 10 sweaters and seven t-shirts.

Her haul included a number of items from the children’s section.

Northey had attempted to steal foundation, make up brushes and an eyebrow pencil from the Big W.

Combined, the loot was worth about $800. Northey was caught on security cameras stealing the items. 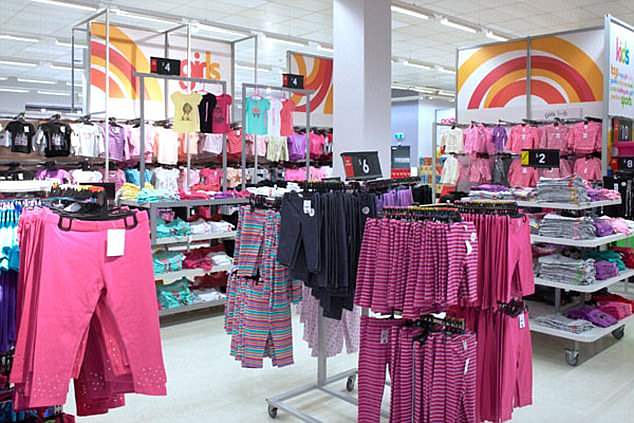 She had managed to take off with 15 pairs of pants, 10 sweaters and seven t-shirts. Her haul included a number of items form the children’s section

‘How on earth did you think you were going to get away with so many items?’ Magistrate Kay Philipson asked.

‘What am I going to do with you? It makes me think you have a significant problem.’

Northey, who has a job, had no previous criminal record.

She was placed on a nine-month good behaviour bond and was discharged without conviction.