How Manchester City lost their OOMPH: Midfield drop-off is holding back the team as Pep Guardiola’s side continue to rue Barcelona’s hijack of Frenkie de Jong deal

Around two years ago to the day, members of Frenkie De Jong’s family were in Manchester scouring properties. A transfer from Ajax to play under Pep Guardiola was moving apace.

This was the central midfielder that Manchester City wanted to take over from Fernandinho. Only 21, De Jong was the fulcrum of an Ajax side that would unexpectedly reach that season’s Champions League semi-finals.

His girlfriend jetted into the North West to locate a house in which they could start a new life. Then Barcelona called and everything changed almost instantly. Guardiola knows of the pull his boyhood club possess for players on the continent better than anybody.

Press releases from the Nou Camp were fired into inboxes two months later, a £65million fee agreed for the following summer and Barcelona boasting of De Jong’s ‘polyvalence’ – versatility to you and me. Las Ramblas had trumped Deansgate.

Following that misfortune, the shying away from Fred over finances and the trouble with Napoli over Jorginho, they settled on Rodri.

Rodri cost fractionally less than De Jong. He is seen by Guardiola as the best available at playing facing his own goal, a key component of their style, an ability to play blind passes quickly from the back. Rodri is City’s owl – think field of vision – at their midfield’s base and, by and large, performs that job expertly.

What they lose as a result, however, is mobility, and in a bid to diminish the prospect of suffering on the counter attack, one of Guardiola’s two other midfielders now frequently operate a little deeper as extra protection. That, therefore, often presents them with one fewer attacker in the final third and contributes to a malaise that staff can only describe with noise and hand gestures. In effect, a lack of oomph. The likes of Gary Neville label it an intensity drop.

Rodri is by no means the overwhelming problem but then again, nothing really is. That’s the point. Smaller issues, like an unusual lack of gumption to find a killer pass, are exacerbated when all running concurrently. 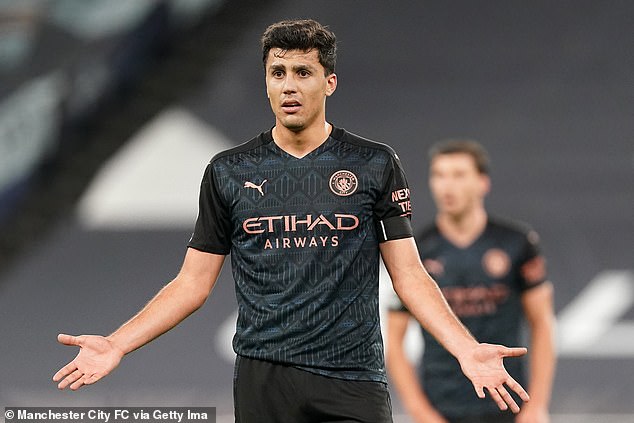 Rodri was seen as the best available option for City, but he does limit mobility in the team

‘The moment we break one or two of these kind of things we will get better,’ Guardiola said. While they should not be disrupted at Olympiacos tonight – a draw will see City through to the last 16 – it has certainly been the case domestically.

There is a sense around the team that they are relying too heavily on individualism. Some would like a return of natural wingers to widen the pitch. Others call for Phil Foden’s energy in a central position.

‘The reason is the manager,’ Guardiola said. ‘I have to adjust something, to let them feel we can create more. It is in my hands to help them.

‘Except Liverpool and Chelsea, all the others defend so deep and you have to find a way to avoid it. That is not the big problem right now (though) – it is our fluidity to attack more often and create more chances.’

City have scored 10 goals in eight Premier League matches – a worst return since 2006. Their expected goals (xG), a metric devised by quality of chance created, is just 12.41 – trailing nine other teams in the division, albeit having played a game fewer than most. They are recording 15 shots a game, second only to Liverpool, but the average distance of those is 18 yards. Guardiola was particularly infuriated by attacking wastefulness following the 1-1 draw with the champions earlier this month. 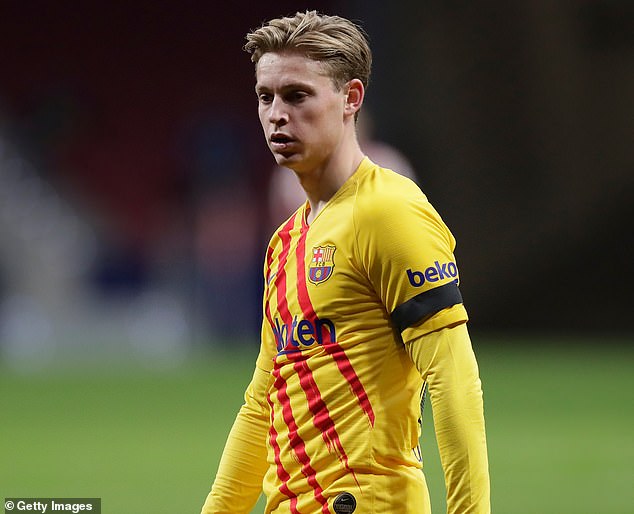 Interestingly for all the talk of defensive frailty, only Burnley and Chelsea’s own an expected goals against figure smaller than City. Guardiola’s team have conceded the fewest shots on target (22). Ruben Dias and Aymeric Laporte were at fault for the first goal at Tottenham on Saturday but, generally, are showing signs of forming a strong partnership. City’s detractors would argue that is only natural given they cost a combined £120m.

City, eight points adrift of Spurs and Liverpool with a game in hand, do believe they will be bang in a title race by Christmas. Aside from a Manchester derby at Old Trafford, the run of league fixtures are kind, starting with Burnley at home on Saturday. Guardiola also offered surprising public optimism about their European prospects.

‘I have a feeling we will do really well this season,’ he said. ‘I don’t know why but I’ve felt it from the beginning. I expect a reaction after last season when we finished against Lyon in Portugal. We know what we have to do.’