Aviation experts have been stunned by the serious safety check that was overlooked on a Malaysia Airlines flight, leading it to make an emergency landing.

The plane left Brisbane at 11.20pm on July 18, and was bound for Kuala Lumpur when it was found that the aircraft still had covers on its air speed indicators, which meant the pilots had no idea how fast they were going during the flight.

An investigation of flight MH134 by the Australian Transport Safety Bureau found that the reason for the loss of airspeed indication was because the pitot probes were covered – to stop wasps building nests inside the aircraft.

The flight, which was carrying 226 passengers, was forced to turn back to Brisbane after dumping a load of fuel over Moreton Bay.

The aircraft still had covers on its air speed indicators (pictured), which meant the pilots had no idea how fast they were going during the flight 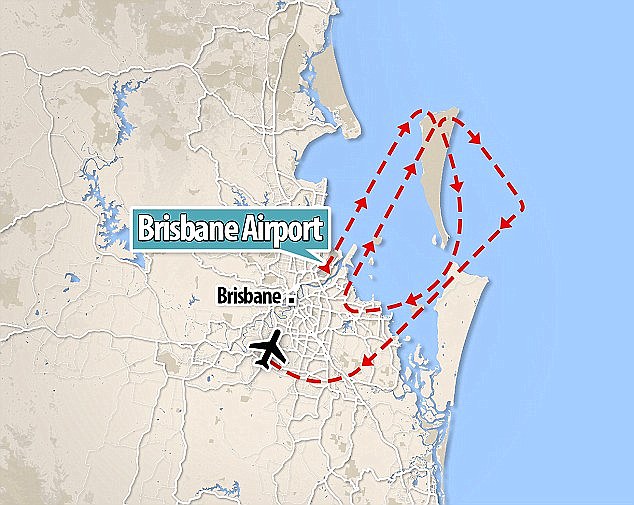 The flight which was carrying 226 passengers turned back to Brisbane after dumping a load of fuel over Moreton Bay, and made a difficult landing at the airport (pictured route)

WHAT IS A PITOT TUBE?

It then made a difficult landing at the airport, which left the aircraft’s nose wheel damaged.

The report states that after the aircraft initially landed in Brisbane, covers were placed on the aircraft’s three pitot probes, located at the front of the plane.

‘Subsequent inspections during the turnaround did not identify the presence of the pitot probe covers and they were not removed prior to the aircraft’s departure,’ the report says.

An issue with wasps at the airport has seen pitot probes being covered while aircraft are on the ground, even during routine turnarounds, to prevent nests being built.

The pitot tubes measure airspeed and altitude, which allow the pilots to know what speed they’re travelling at.

‘If those checks aren’t happening, they shouldn’t be flying a plane,’ Mr Purvinas told the publication.

‘We will be focusing specifically on the procedures for flight crew and ground crew in relation to the pre-flight checks for the aircraft, and also the cockpit warning systems received by the flight crew as they accelerated down Runway 01,’ he said. 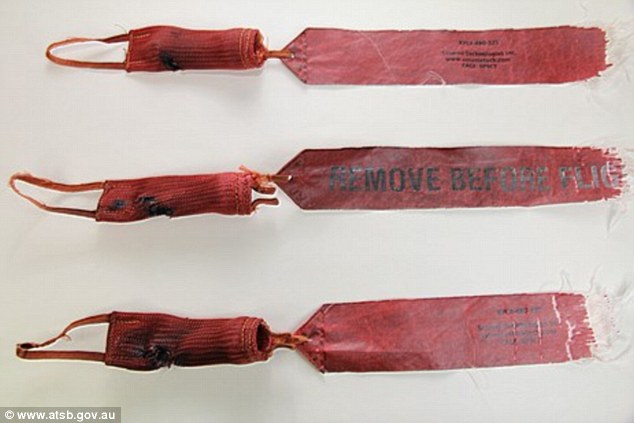 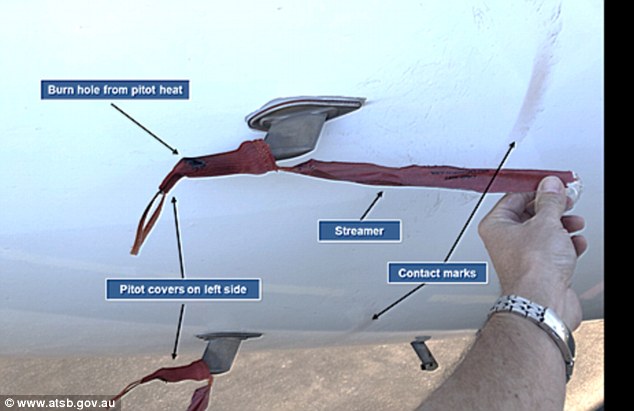 Mr Hood said that CCTV footage shows that the three pitot covers remained in place as the aircraft pushed back from the terminal and accelerated down the runway.

‘Now this limited the amount of information – the critical information – that is available to flight crew during the take off and in fact during the short flight, up to 10,000 feet, and then the return to Brisbane Airport where the aircraft landed safely,’ he said.

This is not the first time that the airline has made headlines.

An extensive search for the missing flight carrying 239 passengers was called off on May 29, the the US-based firm Ocean Infinity.

Malaysia is expected to release a report into the disappearance of MH370 on July 30, according to ABC News.

Another Malaysia Airlines flight made headlines in July 2014.

Flight MH17, which was flying from Amsterdam to Kuala Lumpur, disappeared in July 2014. It was reportedly hit by a Russian-made Buk missile over Ukraine, killing all 298 passengers, including 38 Australians on-board.

Australia has requested negotiations with Russia regarding the incident. 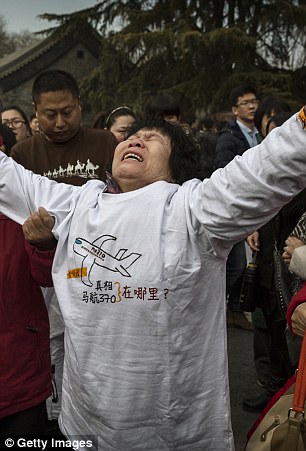 A Chinese relative (right) of a missing passenger on Malaysia Airlines flight MH370 reacts as she weeps outside the main gate of the Lama Temple on March 8, 2015 in Beijing, China