Three Australian thrill seekers broke the world record for the highest basketball shot ever – by throwing a ball from the top of a 660 foot African waterfall.

YouTube vloggers How Ridiculous smashed the Guinness World Record during their recent trip to the landlocked African country, Lesotho.

In a thrilling video, they detail the ‘monumental effort’ it took for them to achieve their goal. They spent six days trying to crack the shot, after setting up a basketball hoop in the valley below the remote Maletsunyane Falls.

Those six days were distilled into just two minutes and 11 seconds of footage – which shows their elation at finally cracking the challenge.

The How Ridiculous crew, made up of Brett Stanford, Derek Herron and Scott Gaunson, woke up at five each day during filming.

Every day they had to trek to the top of the mountain with their basketballs.

They even enlisted the help of pack horse to help them transport their necessary kit.

In the thrilling footage, a group of locals look on and cheer as the team finally break the record. 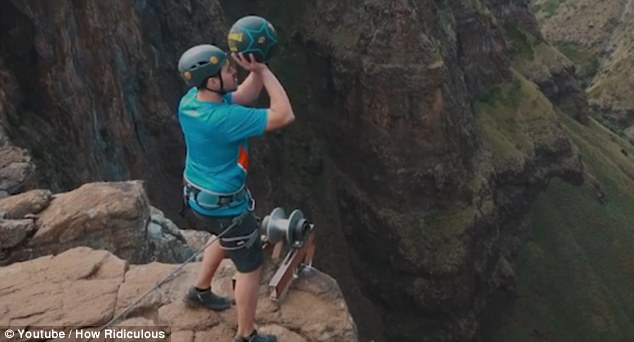 The How Ridiculous YouTube channel has more than one million subscribers and posts videos of the team attempting trick shots and breaking extreme sporting records.

‘We’re so grateful to have the chance to go on such an epic adventure and set a ripper new world record’, they wrote on their YouTube channel.

‘We never dreamed that we’d accomplish anything like this when we started making trick shots back in 2009 in our backyards.’

The Perth-based group previously attained the world record for longest basketball shot after netting it from a staggering 180 metres at a mega-dam in Switzerland. 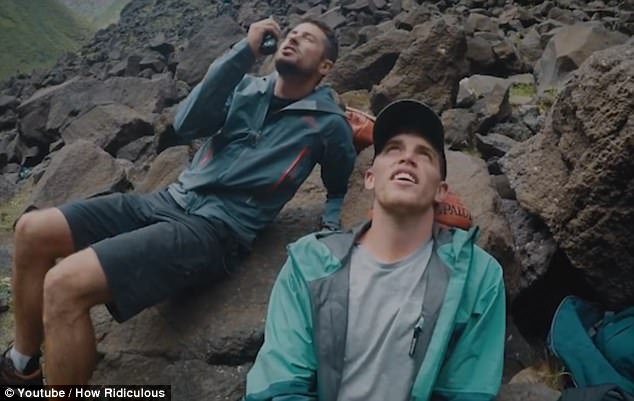