How shameful that victims will be violated all over again, says women’s justice campaigner

If you report a crime to the police, such as your car being stolen, a burglary or an assault in the street, you would expect to be treated like a victim.

Not told to hand over your mobile phone so officers can trawl through the data it contains, dating back several years.

But this is what victims of rape and sexual assault will be required to do as a matter of routine, under the National Police Chiefs’ Council’s new policy.

Most worrying, this change in the way rape cases are handled is deterring some victims from reporting being attacked.

Many will choose not to proceed with investigations if they realise that their past lives will be subject to intensive scrutiny.

As Olivia, one of the women preparing to launch civil proceedings brought by the Centre for Women’s Justice against the National Police Chiefs’ Council, said: ‘My phone contains many of the most personal moments in my life and the thought of strangers combing through it, to try to use it against me, makes me feel like I’m being violated once again.’

Olivia was raped by a stranger after she got in a car which she wrongly believed was provided by Uber taxi service and woke up the next morning in the driver’s bed.

She exchanged texts with the man about what had occurred and accepted that they were relevant and should be disclosed as part of the rape investigation.

But why do the police need to trawl through the past seven years of a woman’s personal data?

I gave a talk at a rape crisis conference last November about failures in rape investigations and prosecutions.

Many attendees who work on the frontline with rape victims spoke of the deterrent impact of these mobile phone disclosure requirements. Naturally, young women are most affected because they carry the most extensive intimate histories of their lives on their mobile phones. 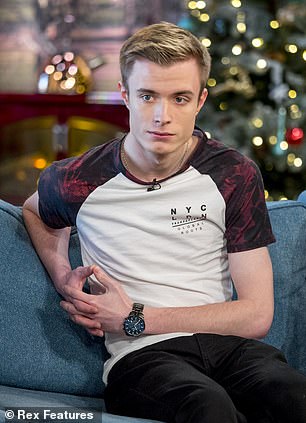 Of course, the disclosure of any evidence that might weaken a case against a defendant is a proper and necessary part of any criminal investigation.

Indeed, the police and the Crown Prosecution Service have rightly been criticised for such failures which in some cases have led to miscarriages of justice and wrongful convictions in relation to a variety of criminal offences.

However, it seems wrong that only rape and sexual assault complainants are routinely required to hand over their personal data.

Reasonable lines of inquiry must always be permissible, but declaring open season on mining years’ worth of material – be it photos, messages and a woman’s online browsing history, as the new National Police Chiefs’ Council policy suggests – is going too far.

While the standardised consent forms aim to bring consistency to the practices of different police forces across the country, the approach may be unlawful for a number of reasons.

First, although they don’t specify which offence they are dealing with, we know they will primarily be used for cases of reported rape, sexual assault and domestic abuse, rather than for other criminal offences.

Thus those impacted are very predominantly women and the policy is therefore discriminatory.

Second, such significant interference with privacy rights should be accompanied by sufficient safeguards including independent authorisation of the process.

The process may violate the provisions of the Data Protection Act 2018 and Article 8 of the European Convention on Human Rights (namely the right to privacy).

In a challenge to this new policy, the Centre for Women’s Justice is working alongside Big Brother Watch (an organisation that highlights threats to privacy and civil liberties) and two women who reported rape but who’ve been told that if they don’t comply with requests to download phone data then it is likely the investigation into their cases will be dropped.

It’s only a matter of time before other victims come forward to share similar accounts.

Meanwhile, it’s right the Information Commissioner is investigating the excessive use of victims’ personal information in cases of rape and serious sexual assault.

But why hasn’t the National Police Chiefs’ Council waited until the commissioner’s report has been made before implementing its new policy?

In 1999, so-called ‘rape shield laws’ were introduced to limit defence lawyers from questioning rape complainants about their past sexual history except in cases where this was clearly relevant to the defence. It now seems we are returning to the bad old days before that needed change.

Worse still, this move comes at a time when the number of rape prosecutions has fallen – and when only about 2 per cent of reported rapes result in a criminal conviction.

Treating victims as you’d expect suspects of crime to be treated simply adds insult to injury.