The wife of Shamima Begum’s lawyer has said she ‘understands why some people are angry’ about his efforts to bring the ISIS bride back to Britain.

Toma Adomaityte, the wife of privately-educated lawyer Tasnime Akunjee, said the political row over Ms Begum’s future ‘has had a huge impact on me and the whole country’.

Mr Akunjee, who is backing Ms Begum’s efforts to return to Britain with her newborn child, has stirred controversy by comparing the 19-year-old ISIS bride to a First World War soldier and said she had been treated worse than Nazi war criminals.

He has previously blamed British authorities for ‘creating’ Lee Rigby’s killer, suggested Theresa May has ‘Nazi blood’ for trying to root out extremists and urged Muslims not to cooperate with police. 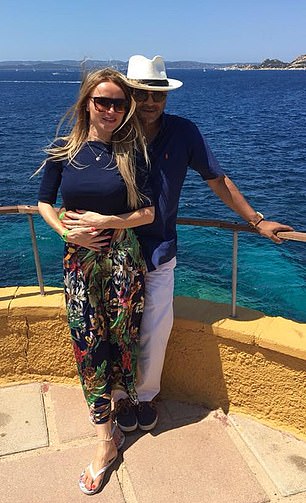 Tasnime Akunjee, pictured with his wife, has made multiple media appearances in recent days calling for Shamima Begum to be brought back to the UK

Speaking at the couple’s home in North London, his wife Toma Adomaityte, a beautician, said today: ‘We are OK. It’s a difficult time but we are coping.

‘Taz has been very busy and people don’t really understand what’s going on.

‘I’ve not been involved in any of this but obviously it’s had a huge impact on me and the whole country.

‘This is a very important issue, I understand that and why some people are angry. I’m sorry, I don’t want to say any more.’

Mr Akunjee first appeared in the public eye when he represented the families of three girls who fled to join ISIS in Syria in 2015.

Following Begum’s reappearance this month as ISIS’s so-called caliphate crumbles, Mr Akunjee has spearheaded a media campaign to get her and her newborn baby repatriated to the UK.

In headline-grabbing soundbites, he has compared her to a shell-shocked First World War soldier and claimed Nazi war criminals were given a fairer hearing than she is. 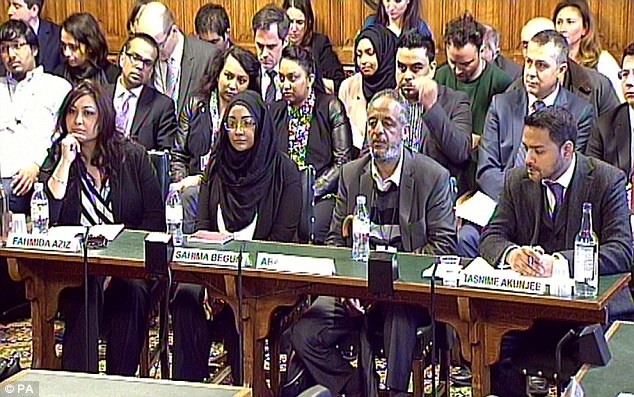 Tasnime Akunjee, right, first came to prominence when he sat alongside (left to right) Fahmida Aziz, Sahima Begum and Abase Hussen, all relatives of ISIS brides in Parliament in 2015 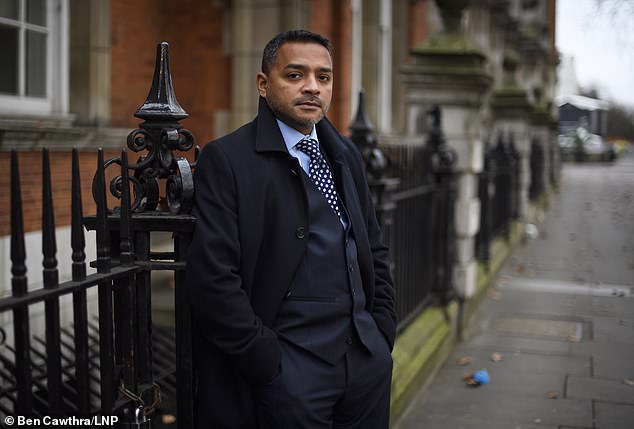 Twice married, public school-educated Mr Akunjee, 41, has worked for a series of law firms since 2008, while also working as a legal adviser to the East London Mosque.

It is believed he may have met the families of the runaway Tower Hamlets girls as part of this role.

Mr Akunjee said this morning he is handling the Begum case ‘pro bono’, meaning free of charge. It is unclear whether that would continue if the case came before the British courts in future.

He appeared before a Parliamentary Committee alongside Sahima Begum, Fahmida Aziz and Hussen Abase, family members of the three girls who ran away to join ISIS, in 2015.

But in the wake of the 2015 Parliamentary appearance, it emerged that Mr Akunjee had previously insisted Muslims should not co-operate with the British police because the Government’s Prevent counter-terror policy encouraged ‘straightforward, paid-for spying on the community’.

In an internet rant, he had said of then-Home Secretary Theresa May: ‘Does she have Nazi blood in her veins?’

Mr Akunjee was criticised for his closeness to CAGE, a group which was branded ‘apologists for terror’ after describing ISIS killer Jihadi John as a ‘beautiful young man’.

Like CAGE, he also claimed that the security services ‘created’ Michael Adebolajo — one of the killers Woolwich Fusilier Lee Rigby — by ‘making his life so difficult’. 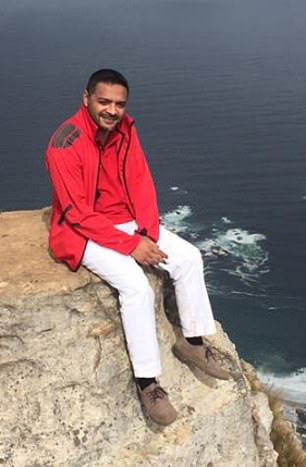 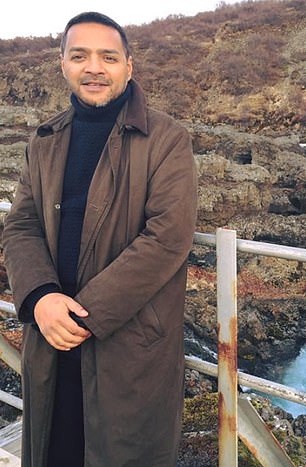 The lawyer is active online, posting pictures from his holidays alongside political messages 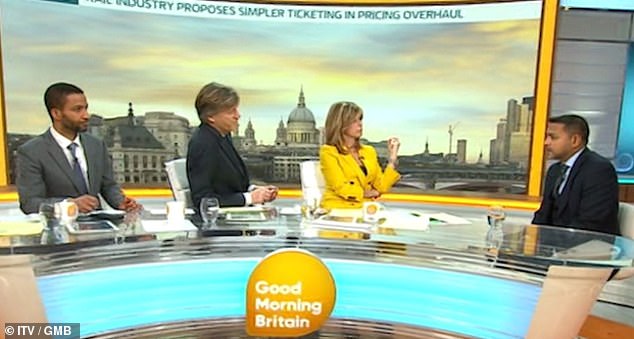 Mr Akunjee also came under fire after posting a cartoon on his Facebook page showing murdered Charlie Hebdo editor Stephane Charbonnier blowing himself with a suicide vest made of rolled up copies of the magazine. Critics said the cartoon suggested terrorism victims were responsible for attacks.

According to his LinkedIn page, Mr Akunjee, the son of a Bangladeshi doctor, studied at the £18,000-a-year City of London School for Boys, before doing law at the Universities of Sussex and then Westminster.

He joined a solicitors’ firm in London in 2008 and has since moved twice, specialising in terrorism-related cases.

He lives in a Victorian terrace in Tottenham and has previously been pictured with MP and Labour leader Jeremy Corbyn, whose messages he regularly retweets.

Mr Akunjee, who currently works for a firm called Farooq Bajwa & Co based in Mayfair and is consultant for another legal firm in Brentford, has previously represented a number of extremists. 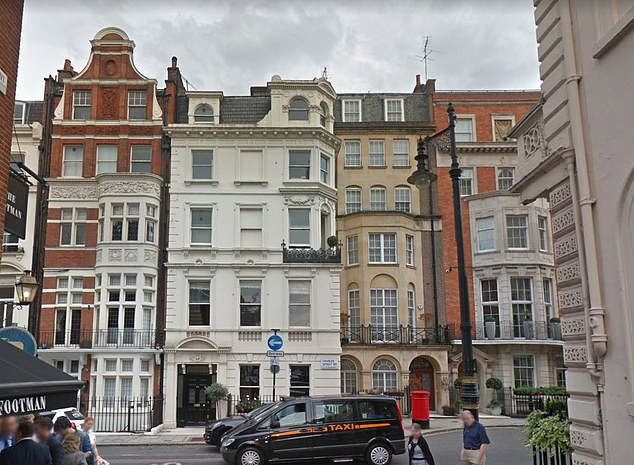 Mr Akunjee now works at a law firm based in this plush office in Mayfair. He also works as a consultant for a Brentford-based firm in west London 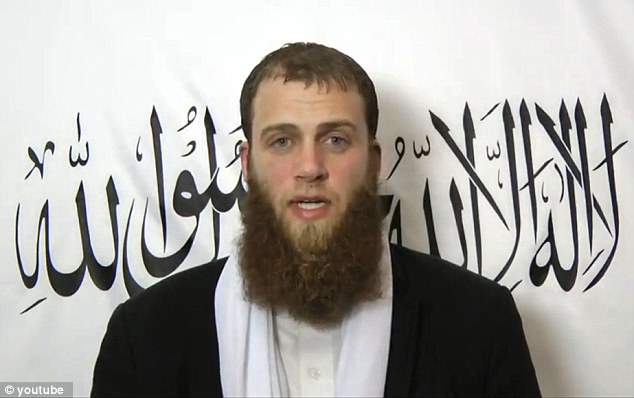 According to his website, Mr Akunjee was involved in the case of convert Richard Dart 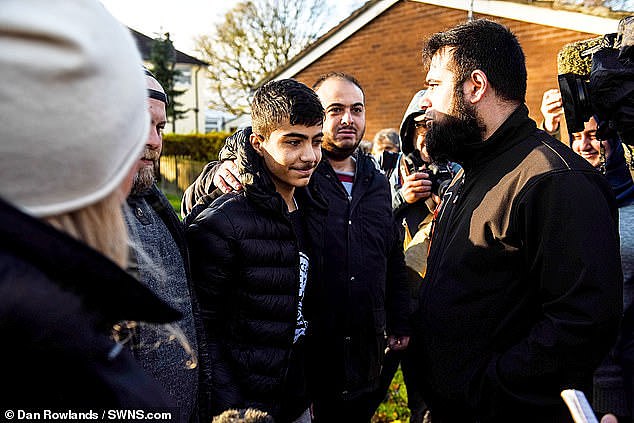 The London-based organisation claims to be an advocacy group for ‘victims of the War on Terror’, but has been accused of apologising for terrorism.

Most notoriously, its director Asim Qureshi defended Mohammed Emwazi as a ‘beautiful young man’ shortly after he was identified as the ISIS executioner Jihadi John.

A Daily Mail investigation in 2016 found it had been targeting young Muslims with campus speeches, which included calls for students to sabotage the government’s anti-terror strategy Prevent.

According to his website, in 2013 and 2014, he worked on the case of Nabeel Hussain, a convicted bomb plotter, who was caught trying to get to Syria after his release from prison.

His website states he was also involved in the case of Richard Dart, an Islamic convert who sought training in Pakistan and discussed plans to attack Royal Wootton Bassett, the town soldiers killed in Afghanistan were repatriated.

Mr Akunjee was back in the spotlight recently when he launched plans to sue Facebook and anti-Islam campaigner Tommy Robinson after a video emerged of a refugee boy being ‘waterboarded’ by a bully at a school in Huddersfield.

In an online rant, Robinson had alleged the Syrian boy, who is called Jamal, had earlier joined in an attack on a white girl at the school.

But his incendiary claims were immediately challenged by others online, who posted messages in which the girl’s mother denied Jamal was involved.

Mr Akunjee launched a campaign to sue Robinson and Facebook over Robinson’s comments. 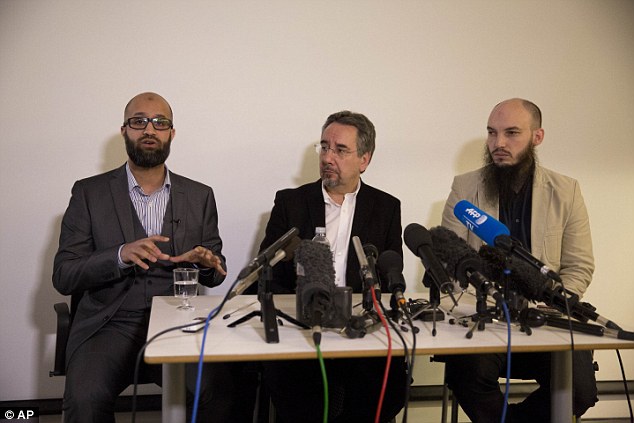 His views echoed those of CAGE (pictured), who said Jihadi John was a ‘beautiful young man’