How stars are flouting advertising rules on social media

Social media stars have been called out over failing to make clear that they are being paid to promote products online.

Celebrities can earn thousands of pounds to share posts about a particular product or brand, often in a way that makes it seem spontaneous to followers.

Under current industry guidelines stars are supposed to clearly state that a social media post is an ad, typically by using #ad or #sponsored in the caption.

However many sponsored posts are not marked in this way, leading to confusion and frustration among followers, according to the Advertising Standards Agency.

Made In Chelsea star Millie Mackintosh, 28, is among those who has previously been forced to remove a post for flouting the rules.

Reality star Binky Felstead, 27, pictured, is among those who currently have what appear to be sponsored posts on their profiles, without any special distinction 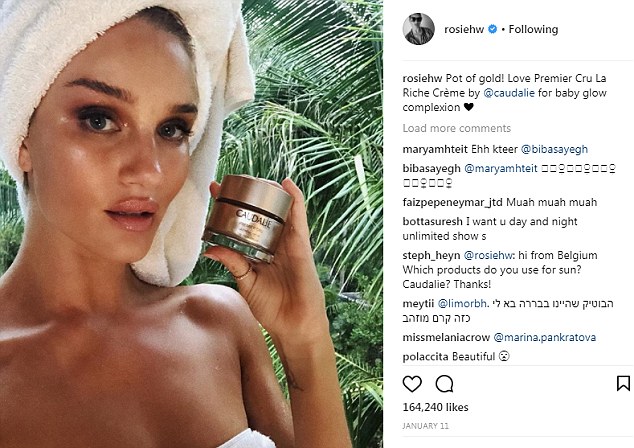 Under current industry guidelines stars are supposed to clearly state that a social media post is an ad, typically by using #ad or #sponsored in the caption. Pictured, a post from Rosie Huntington-Whiteley for a Caudalie product without any labelling

Meanwhile reality star Binky Felstead, 27, and model Rosie Huntington-Whiteley, 30, are among those who currently have sponsored posts on their profiles, without any special distinction.

Felstead shared a recent image of herself in gym clothes with the caption: ‘Girls! How are your New Year Resolutions coming along? 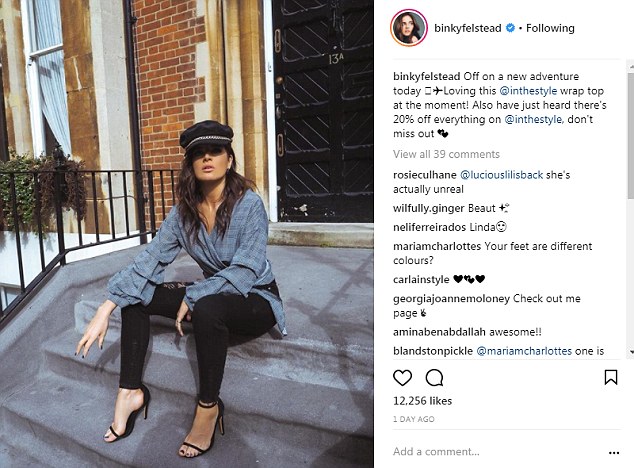 It may be that in some cases the inclusion of a clear identifier (for example, ‘#ad’ or similar) is the most straightforward way to achieve this

Take into account differences between platforms: Marketers (and publishers) need to take care to ensure that the content is obviously identifiable to all consumers who encounter the material prior to engagement and should bear in mind any limitations and technical ‘quirks’ on the platform they are using (e.g. any limits on the number of characters, how much is visible.

On Instagram, this means hashtags should not be ‘hidden’ on the last line of a long caption.

Remember that the rest of the Code applies: Because advertorial content falls within the scope of the CAP Code, all of the relevant rules will apply and it therefore should not, amongst other things, materially mislead consumers or cause serious or widespread offence.

Speaking to The Times, Guy Parker, Chief Executive of the Advertising Standards Agency (ASA), said some social media stars felt they were ‘above labelling’.

In June 2015, the Mackintosh posted a video on Instagram under which she wrote: ’80s vogeuing [sic] x yoga @Houseofvoga. More of my #BlendRecommends with @drinkj2o Spritz to come! #sp.’

A complaint that the ad with Britvic Soft Drinks Ltd was not clearly marked was upheld by the ASA.

This month the Advertising Standards Agency launched a public consultation to try and tackle the issue.

It said it was responding to a trend that has seen advertisers entering into commercial relationships with social media influencers and online publishers ‘the effect of which has sometimes been a blurring of the lines between advertising and editorial content’.

It continued: ‘That, in turn, has led to confusion and frustration amongst consumers, as well as uncertainty amongst influencers and online publications, about when and how content should be labelled as advertising.

‘One of the key advertising rules is that ads must be obviously recognisable as such.

‘It is important for people to know when they’re being advertised to so that they can understand when content is intended to promote a product or brand. 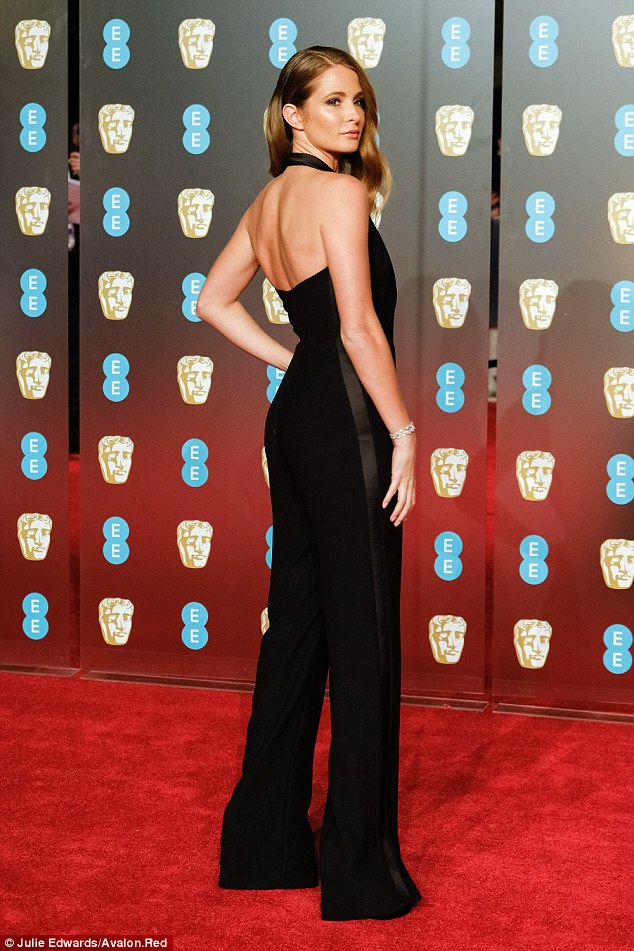 Millie Mackintosh, pictured, has previously been asked to remove an Instagram post because it was not clearly labelled 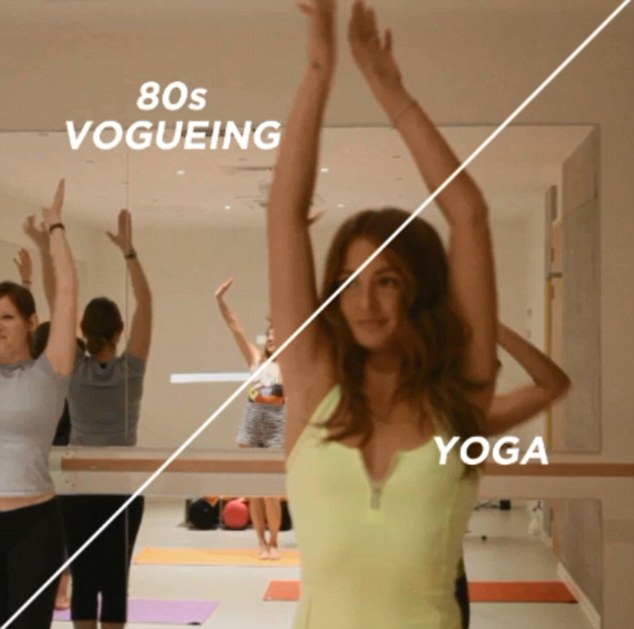 In June 2015, the Mackintosh posted a video on Instagram under which she wrote: ’80s vogeuing [sic] x yoga @Houseofvoga. More of my #BlendRecommends with @drinkj2o Spritz to come! #sp.’ The ASA ruled this was not a sufficient way to indicate it was an advert

‘If people are unaware they are being advertised to, it is not only misleading but it also damages trust in advertising.’

There has been a significant increase in the number of complaints to the ASA over social media ads. Figures show it increased from 622 five years ago to 1,824 in 2016.

Publicists for Felstead and Huntington-Whiteley did not respond to The Times’ request for comment. MailOnline has contacted representatives for comment.