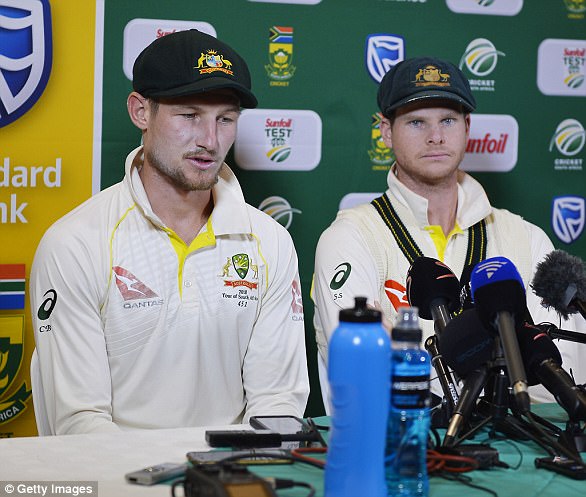 Smith and vice-captain David Warner were sacked from their positions before play on Sunday. Bancroft was fined 75 per cent of his match fee.