Sydney’s coronavirus outbreak could be a blessing in disguise as millions of Australians will feel compelled to get vaccinated.

The outbreak rose to 31 on Wednesday, mostly linked to the Bondi Junction epicentre, prompting sweeping restrictions across Sydney.

Residents will have to wear masks indoors and not see more than five mates at a time for the next week – or longer if the cluster spreads and grows.

However, this temporary pain could be a net benefit to NSW and the whole country by shocking complacent Australians procrastinating their vaccinations.

Australian National University professor Peter Collignon said the measures being taken by the NSW Government could see a spike in vaccinations.

‘If more people get vaccinated, particularly those over 70, it’s a good thing,’ he told Daily Mail Australia just after the restrictions were announced.

‘If we look in Victoria with two their separate outbreaks, it did increase vaccination markedly. I think it’ll have the same effect in NSW.’

Following Victoria’s fourth lockdown which was brought into effect on May 28 vaccine rates in that state surged, according to tothe University of Melbourne.

In the first week of lockdown the proportion of people vaccinated in the state jumped from 17.7 per cent to 22.3 per cent – or 4.6 percentage points.

Dr Collignon said though ‘it’s not the way’ he’d be pushing vaccines, the move could prove to be a positive thing for Australia’s battle with the virus.

‘The benefits of the vaccine so far outweigh the other side,’ he said.

‘The preception of risk is out of proportion to the benefits. There’s a one in two million chance you’ll die as a result of the [AstraZeneca] vaccine from clots.’ 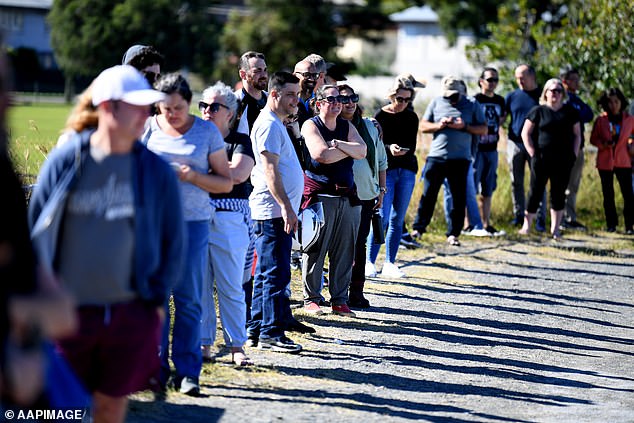 Dr Collignon said while ‘it’s not the way’ he’d be pushing vaccines, the move could prove to be a positive thing for Australia’s continued battle with the virus 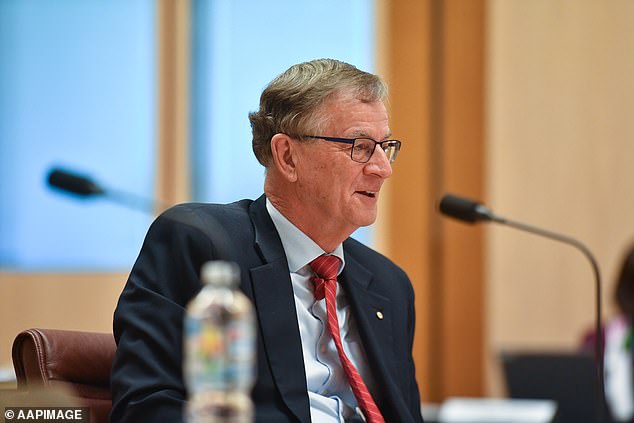 Dr Peter Collignon, a professor of microbiology at the Australian National University, says the extreme measures being taken by the NSW government could see a spike in vaccinations

He said the added motivation of having rights removed can often convince people who were on the fence about getting the jab.

‘As soon as Covid spreads and it means restricting your life, that shows more people the benefits of the vaccine,’ he said.

Dr Collignon believes the restrictions put in place by NSW Premier Gladys Berejiklian are ‘proportionate’ and a lockdown is not yet necessary.

‘The good news is there isn’t too many cases out there in the community,’ he said.

‘There are some community transmissions, but while that’s the case we have to do what we can to stop its spread.’