How the biggest heartthrobs of the 80s have aged

Long before the advent of the digital age, their lantern-jawed faces – and carefully highlighted hair – adorned a million bedrooms.

With Netflix still decades away; viewers were drip-fed installments of their idols in once-a-week episodes – a white-suited Don Johnson in Miami Vice, a mustachioed Tom Selleck as Magnum P.I. or British star Michael Praed saving Maid Marion in Robin Hood.

Photos this week of Patrick Duffy, who played Bobby Ewing in much-loved Texan soap Dallas, were a jolting reminder that even 80s idols can’t stop the passage of time.

The 69-year-old star, sporting long grey locks tied back in a ponytail, looked stylish – and every inch his age, which came as something of a surprise to those who expected Duffy to still look like oil magnate Bobby.

Here, we cast an eye back on where the biggest heartthrobs of the eighties are now…and whether time has been kind to them. 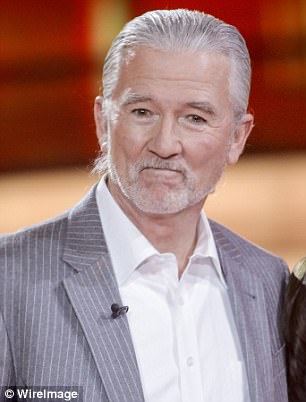 Three decades on: Patrick Duffy during his time playing Bobby Ewing in the 80s, and pictured this weekend on a German television show with a shock of grey hair at age 69 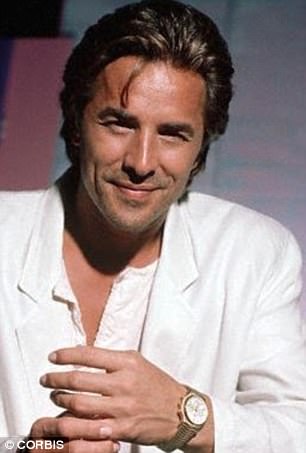 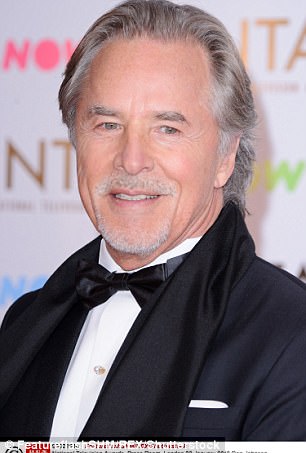 As one half of Eighties hit show Miami Vice, Johnson and co-star Philip Michael Thomas, starred as undercover cops Crockett and Tubbs and shot to fame with their relaxed suits, aviator shades and fast-paced storylines.

Johnson has aged like a fine wine, with the blonde highlights replaced with a shock of silver hair and his career has stood the test of time too; he was most recently seen on screen in 2017 TV comedy Sick Note. 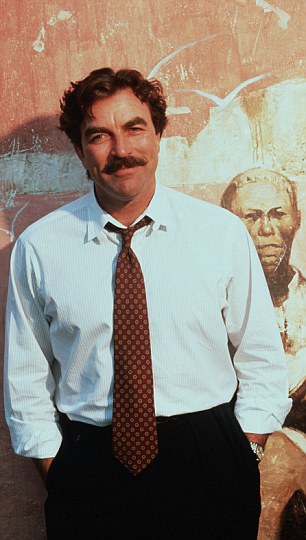 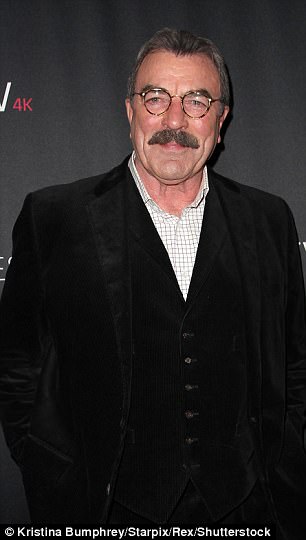 Older, wiser and $35million richer: Tom Selleck shot to fame as Magnum and has enjoyed a stellar career since – all while keeping his trademark moustache

Some things never change, and Tom Selleck’s moustache has never wavered – looking ever bushy on his top lip.

The actor, now 73, shot to fame as Magnum P.I. and now works as a successful producer.

Said to be worth $35million, the 80s series – and his good looks – have cemented his position as a Hollywood big player in the decades that have followed. 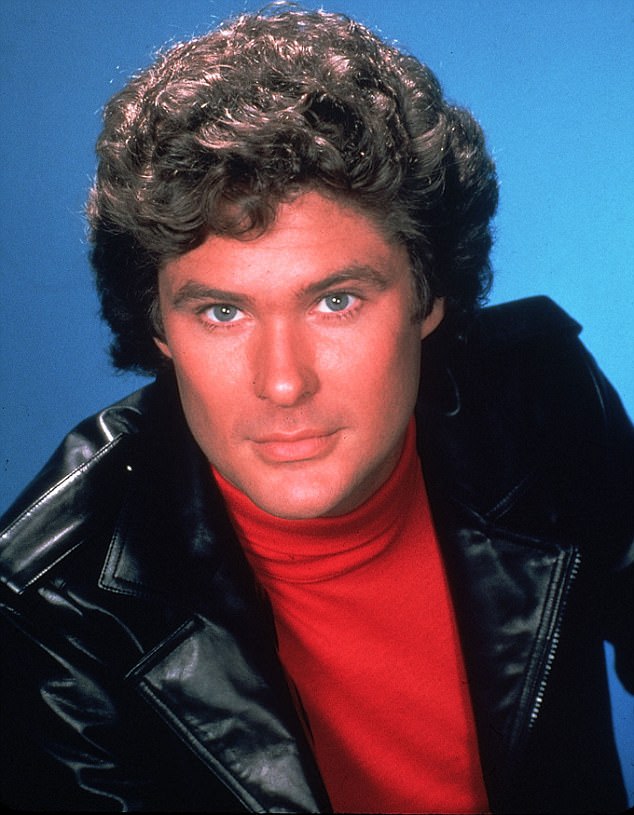 Curls and a talking car: long before Baywatch, Hasselhoff garnered a cult audience as Michael Knight 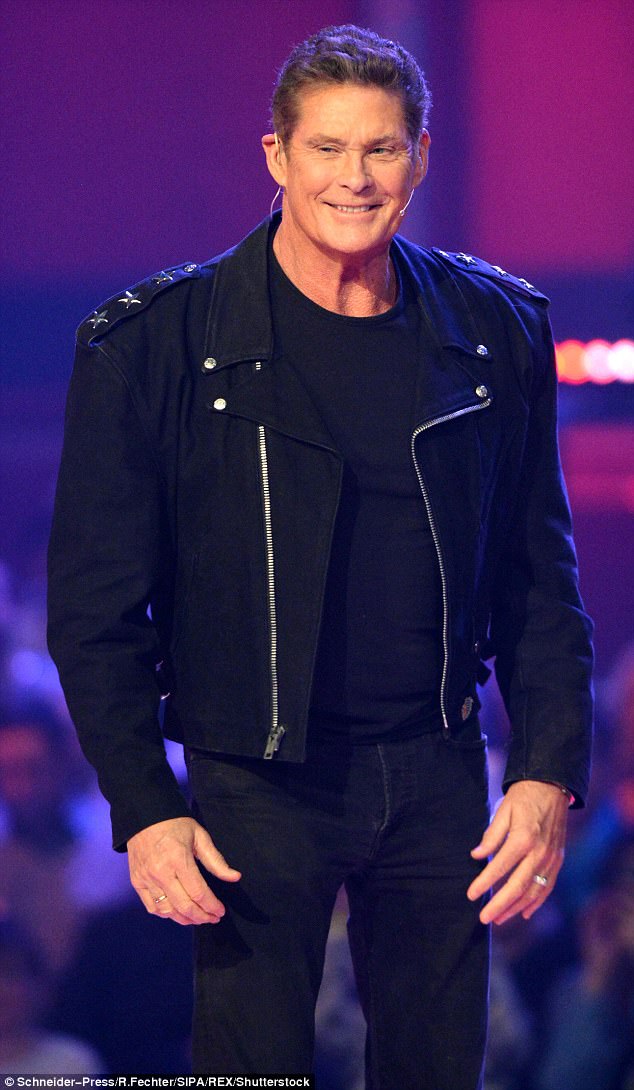 Despite struggles with alcohol, the Hoff has aged well and found love in 2013 with Welsh beauty Hayley Roberts

With his skinny blue jeans and car that talked back, David Hasselhoff stole a thousand hearts as Knightrider.

Despite life skirmishes – including a well-documented battle with alcohol – the Hoff, who has a huge following in Germany, still has those curls in place.

With floppy hair and a passable singing voice, Nick Berry shot to fame in EastEnders and topped the charts in 1986 (Pictured with Michelle Collins) 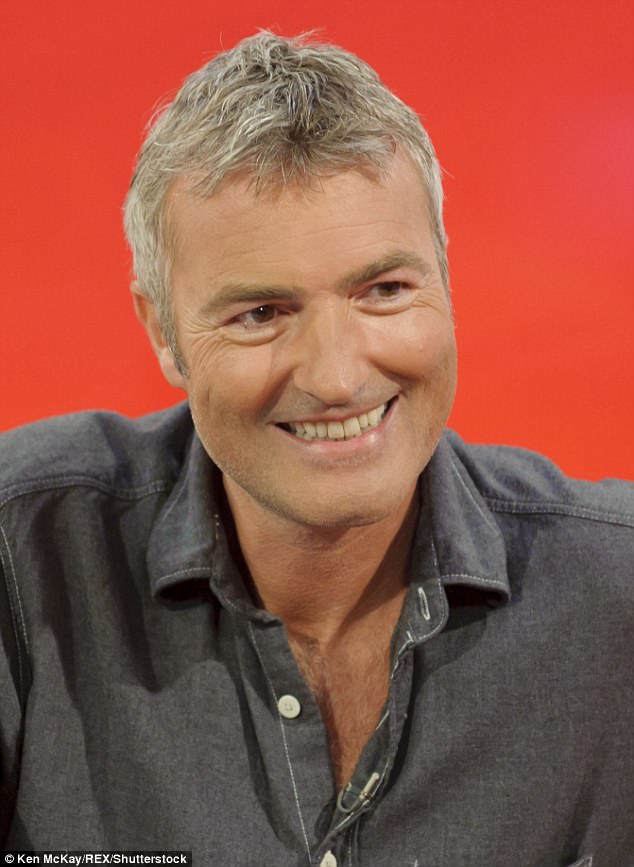 The look is more salt and pepper these days but Berry, who has retired from acting, has found success with his production company

Before he was PC Nick Rowan in Heartbeat, Nick Berry broke hearts as floppy-haired Simon Wicks in Eastenders.

A brief pop career followed, with a song ‘Every loser wins’ topping the charts in 1986. The rolling hills of Yorkshire beckoned and Berry enjoyed huge fame as the down-to-earth bobby with a twinkle in his eye. He has now retired from acting and has his own production company. 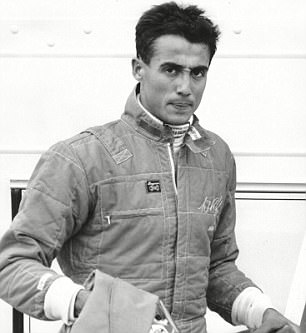 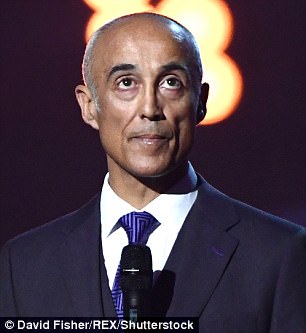 As one half of Wham, Andrew Ridgeley enjoyed as big a fan following as George Michael. After shunning the spotlight in favour of a quieter life in Cornwall, Ridgley debuted a closely shorn hair-cut, leaving his mullet days far behind

One of the biggest pop stars in the world by the mid Eighties, Andrew Ridgeley sported a mop of streaked hair. After calling time on the duo, Ridgeley retreated to the golf course, while George Michael earned global fame with a solo career. Now living in Cornwall and recently separated from Bananarama star Keren Woodward, Ridgeley is as lean as ever, but his mullet has long been replaced by a shaved head.

AGE NOW: 58
The Grammy nominee actor, who melted Top Gun fans as glacial Iceman to Tom Cruise’s Maverick, has enjoyed big screen success since the role that defined him but long-term health battles in recent years. 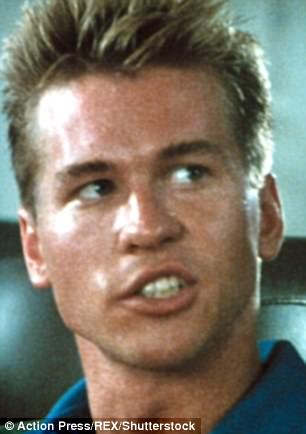 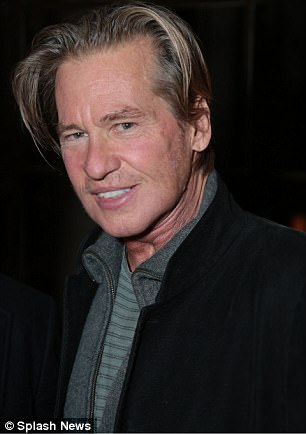 The 58-year-old, who has two children, Jack and Mercedes, with ex-wife Joanne Whalley-Kilmer says fame was ‘a mess’ for him at its height.

Before Christmas, Kilmer finally opened up about his two-year battle with throat cancer saying he was ‘too serious’ prior to his diagnosis – and that he did undergo chemotherapy despite being a Christian Scientist. 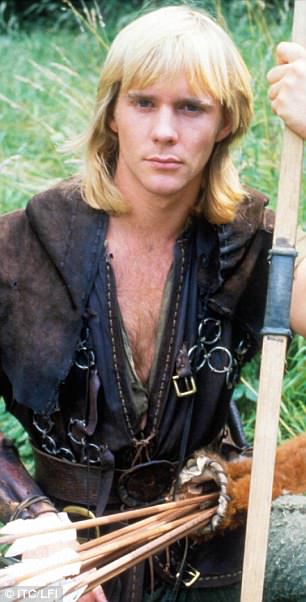 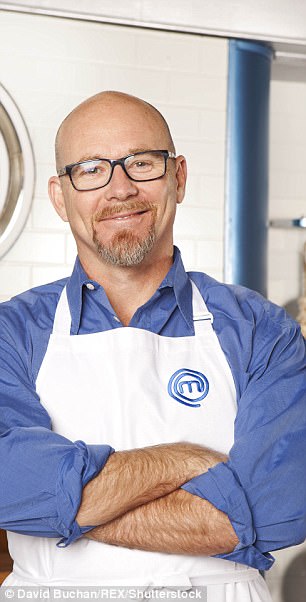 Son of 007 Sean Connery, Jason almost managed to rival his father for fame in the BBC serialisation of Robin Hood in the mid Eighties. More recently, he appeared as a contestant on Celebrity Masterchef

With his father Sean’s good looks, blonde-locked Jason was a regular on television screens after he took over from Michael Praed in 1986. While stage and screen roles followed, his career never reached dizzying heights.

Appearing on Celebrity Masterchef in recent years, still-handsome Connery revealed a similar look to his father, now 87, with a billiard-ball smooth head and a moustache. 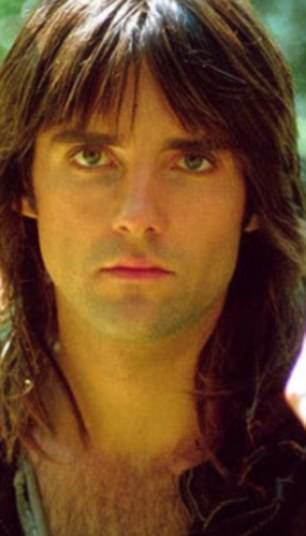 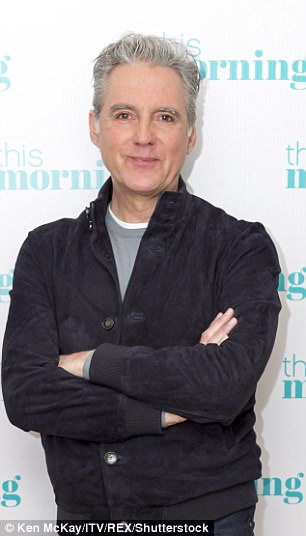 A mortal sin now, a mullet in the 80s was de rigeur and Michael Praed carried it off with panache. Right, the star appearing on Lorraine last year

Another man unafraid of donning a pair of tights, chocolate-eyed Michael Praed proved swoonsome for viewers of Robin Hood with his mullet somehow managing to still be attractive. Other high profile roles including in Dynasty, on the other side of the pond, followed.

Praed’s career has been consistant; he popped up last year in Emmerdale as fraudster Frank. 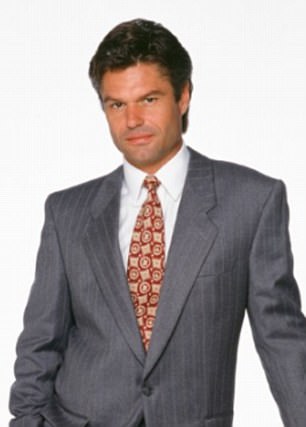 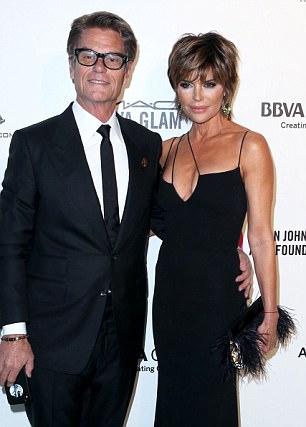 Still smooth! Harry Hamlin set screens alight with his role in L.A. Law and has aged gracefully, with the sun-tan and slicked hair still in place (pictured right with wife Lisa Rinna)

Very much still hot property, Harry Hamlin has enjoyed a high-profile career since he first hit screens as smooth-talking lawyer in L.A. Law, a role which won him two Golden Globe nominations. 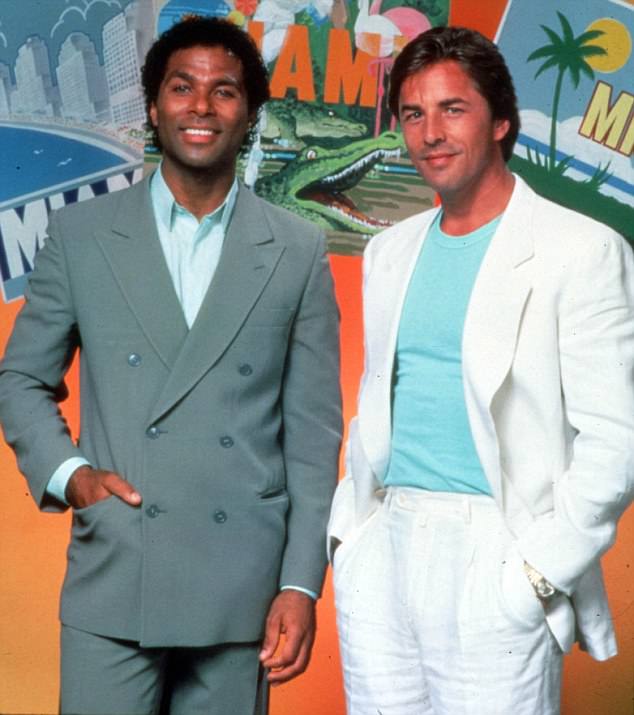 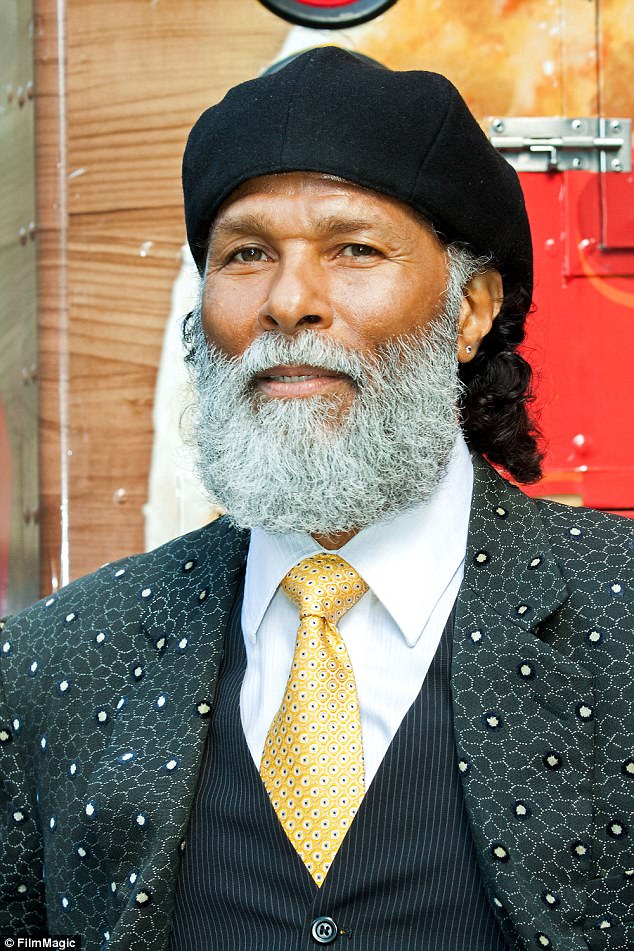 A grey beard means Michael Thomas isn’t as recognisable as once was, but he’s still got style in spades

Perhaps the hardest to now recognise of the eighties stars, Philip Michael Thomas cuts a different figure to his Miami Vice look. With a full greying beard, the star who played detective Ricardo Tubbs alongside Don Johnson looks entirely different. 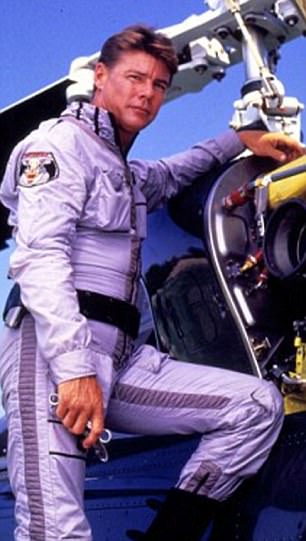 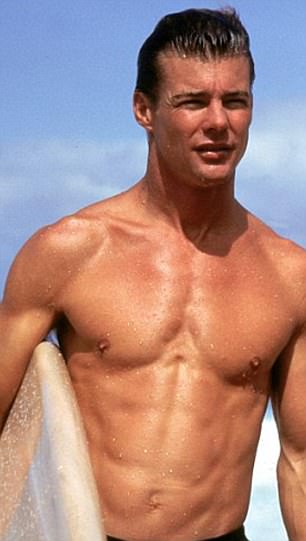 Earning around $45,000 an episode as Airwolf Jan-Michael Vincent had Hollywood at his feet in the Eighties…however a drug and alcohol addiction would ravage his looks 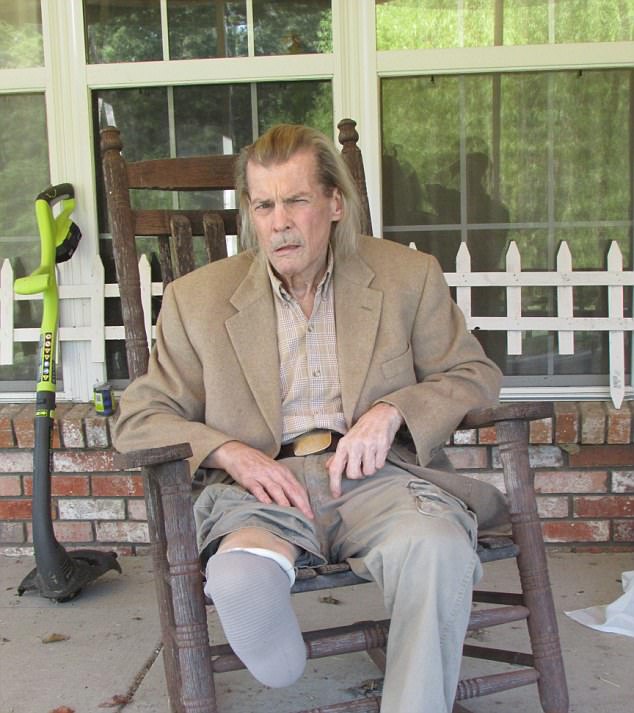 Pictures four years ago, Jan-Michael revealed that an infection had forced him to have one of his legs amputated

As Airwolf, Jan-Michael was once the highest paid actor on TV but an addiction to alcohol has seen the actor struggle in recent decades.

The actor, who earned $40,000 an episode as helicopter pilot Stringfellow Hawke, was forced to have his left leg amputated after infection set in.