How the CIA ‘found’ Hitler alive in Colombia in 1954

Adolf Hitler survived the Second World War and escaped to Colombia where he was found living among a community of ex-Nazis in the Fifties.

That is the astonishing claim that was related to CIA agents by a former SS officer named Phillip Citroen and detailed in a newly declassified report.

The files show Citroen approached agents in 1954 to say he had met a man claiming to be Hitler and living in the town of Tunja, north of Bogota.

Phillip Citroen, a former SS officer, went to CIA agents in 1955 to claim that he had seen Adolf Hitler alive and living in Colombia the year before, and even provided this picture to try and prove his claims

Citroen claims to have visited the town while working for a railroad company where he was introduced to a man ‘who strongly resembled and claimed to be Hitler’.

The document says: ‘Citroen claimed to have met this individual at a place called ‘Residencies Coloniales’ which is, according to the source, overly populated with former German Nazis.

‘According to Citroen, the Germans residing in Tunja follow this alleged Adolf Hitler with an idolatry of the Nazi past, addressing him as Elder Fuhrer and affording him the Nazi Salute and storm-trooper adulation.’

Citroen even showed agents a photograph of himself sitting next to a man that bears a strong resemblance to the Nazi dictator in an attempt to prove his story. 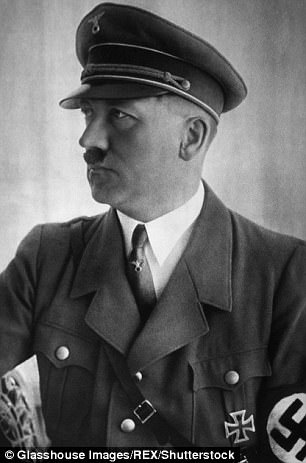 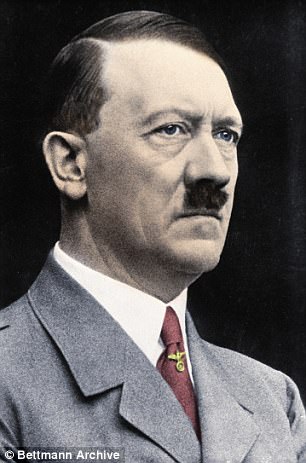 A second man, identified only by his code name of Cimelody-3, approached agents in 1955 with the same story, which he says Citroen related to a friend of his.

Cimelody said Citroen, who by that time was living in Venezuela, had claimed to be in contact with ‘Hitler’ around once a month while visiting Colombia in his job for the KNSM Royal Dutch Shipping Company.

He also provided agents with a photograph purporting to show Citroen with Hitler, who was named on the back of the image as Adolf Schuttlemayor.

Agents wrote the story into a memo in 1954, but when Cimelody contacted them the following year they wrote it into a formal report and forwarded it to their superiors.

In the introduction, the agents say it ‘is being forwarded as of possible interest’.

However, the report was accompanied by another letter which says: ‘It is felt that enormous efforts could be expended on this matter with remote possibilities of establishing anything concrete.

‘Therefore, we suggest that this matter be dropped.’