After more than a decade on the Pill, our family complete, my husband and I decided on a more permanent way to prevent pregnancy.

He took the lead by having a vasectomy, and I ditched the Pill. But a couple of months later, I realised that I felt . . . different. I didn’t notice it while it was happening, but one day I realised my life had recently felt brighter and more interesting. Like I had walked out of a two-dimensional, black-and-white movie into a full-colour, three-dimensional, meaning-filled reality. I started exercising again and cooking — things I used to enjoy but had kind of forgotten about.

I had more energy. I noticed attractive men. I cared about how I looked in a way I hadn’t in a long time. I just felt . . . alive. Fully, vividly, awesomely, humanly alive. This didn’t happen all at once.

Dr Sarah Hill who spent over a decade taking the contraceptive Pill, reveals how the medication can alter personality

One day I realised I felt awake from an almost ten-year nap I hadn’t known I was taking. This, alongside some revelations uncovered at a couple of academic conferences — held by the society for Social and Personality Psychology and the Human Behavior and Evolution society — led me to investigate further.

And what I found out has been mind-blowing: the Pill fundamentally changes who we are as people — it affects sex, attraction, stress, hunger, eating patterns, emotion regulation, friendships, aggression, mood, learning, and so many other things. Most women who take the Pill do so for a very targeted effect (preventing pregnancy) or for a handful of other reasons (eg. clearer skin, knowing the exact day when you will start your period).

They broadcast a message to the whole body, making sure there’s a coordinated response to the matter in hand, be that digestion, sleep, stress, or virtually anything else — and they’re essential for survival. The point is that though the contraceptive Pill will have the desired effect in preventing pregnancy, it’s not targeted. It’s sort of like dropping an atomic bomb on your house to blow out a candle.

Yes, it will work. But its other effects make it a fairly unpopular way to deal with one’s candle-extinguishing needs. To understand quite why the Pill can have such dramatic effects, you need to understand how it works.

When you’re not on the Pill, the menstrual cycle splits roughly into two halves, pre-ovulation and post-ovulation.

In the first half, the hormone oestrogen dominates, preparing the body for conception and prompting behaviour that makes conception more likely.

Met your husband while on the Pill? You may find him less attractive when you stop taking it

In the second half of the cycle progesterone dominates, preparing the body for the possibility of embryo implantation. While oestrogen tends to make women feel more flirtatious, progesterone tends to make them feel hungrier, sleepier and more relaxed.

But when you’re on the Pill, levels of these hormones stay constant, with progesterone dominant throughout, sending a message to the body that ovulation is not required, preventing pregnancy — no egg, no pregnancy. And the impact these artificial hormones have on the body is nothing short of seismic . . .

CHANGES YOUR TASTE IN MEN

Several studies have shown how the type of man that women are attracted to varies with their natural cycle.

In the lead up to ovulation, women are hard-wired to be attracted to tall, symmetrical men with deep voices, ambition, and swagger because these qualities indicate health and testosterone, which are more likely to result in successful pregnancies and healthy children.

However, in the latter half of the cycle, women are hard-wired to look not for good genes, but for good prospects, and men who are likely to stick around and provide.

High testosterone is associated with more promiscuity and less interest in child rearing, so the type of man who is attractive to women at this point is quite different. 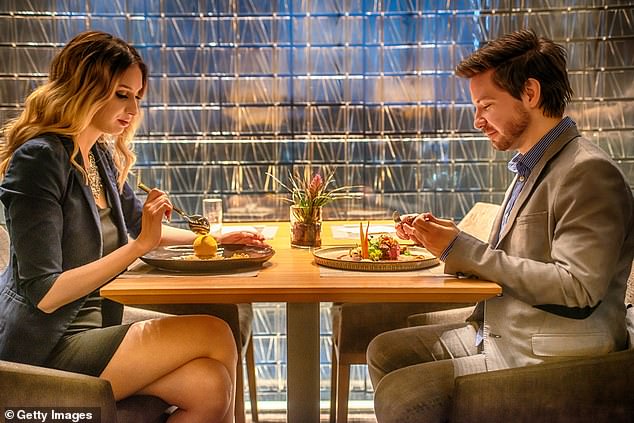 Studies show women who weren’t taking the Pill when they met their partners generally find their other halves sexier, than those who chose partners while on the Pill (file image)

When you’re on the Pill, progesterone dominates the entire cycle, and rather than experiencing an increased preference for sexy men at high fertility like naturally cycling women do.

Pill-taking women exhibit an unwavering preference for men with less masculine faces and voices — the sort preferred by naturally cycling women during the second half of their cycles, when progesterone is high.

So does this mean if you meet your partner while taking the Pill, you will go off him when you stop taking it? It’s not quite as clear cut as that.

Researchers asked more than 2,000 mothers about their relationships. Half were on the Pill when they met their partners, half were not.

The survey asked about the quality of their relationship with the man who fathered their first child, regardless of whether they were still involved in a relationship with him. The results were fascinating. Those not taking the Pill when they met their partners generally found their other halves sexier, and reported better sex lives than women who chose partners while on the Pill. 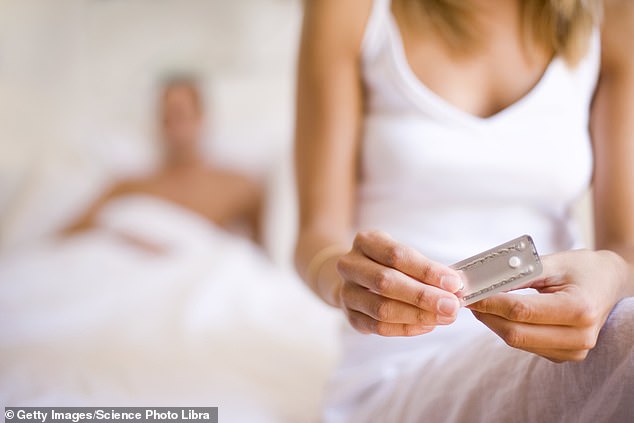 It seems a natural cycle makes a woman more attuned to sexiness thanks to oestrogen levels, but progesterone dominance in Pill-taking women emphasises qualities that would have helped to keep them safe and secure when preparing for pregnancy.

Maybe the key to long-term marital bliss is choosing a partner for his brains and abilities rather than sexiness.

But although prioritising financial security may lead to more stable marriages, one of the biggest threats to these marriages is that a woman herself will become dissatisfied, quite possibly due to lack of sexual satisfaction.

When women are coming into their fertile period, hormones do their utmost to make them attractive to a mate.

Numerous studies have shown the five or so days prior to ovulation are marked by an increase in sexual desire — changes that are driven by increasing levels of oestrogen during this time. 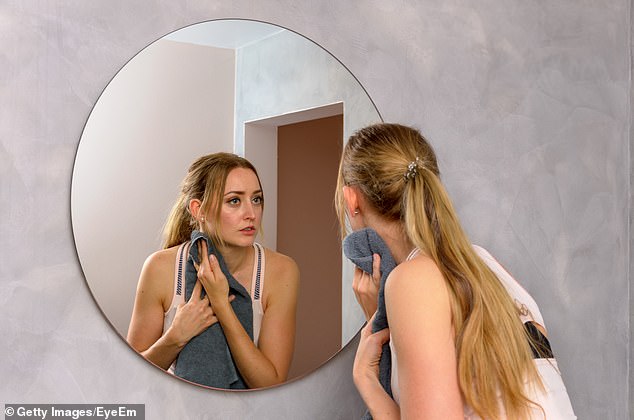 Some rather unconventional researchers decided to find out how taking the Pill affected how attracted men were to women by conducting a study in a strip club, where half of the dancers were not on the Pill and therefore naturally cycling, and half were on the Pill.

They asked the women to record tip earnings over two months, and report when their periods began and ended.

The results found dancers not on the pill earned around $70 (£56) per hour when they were near ovulation, around $35 (£28) per hour during their periods, and around $50 (£40) per hour at other times, when fertility was waxing and waning. Women on the Pill averaged around $37 (£30) per hour, with no peaks and valleys, like those observed by the naturally cycling women.

AFFECTS YOUR SENSE OF SMELL

While we know women who are on the Pill have different tastes in men from those who aren’t, research suggests that far from simply ignoring sexy men, Pill-taking women might not actually notice these differences at all, rendering them incapable of telling the difference between men who have markers of high genetic quality and those who do not.

In one study, researchers measured women’s sensitivity to six scents. Three of the scents — peppermint, rose, and lemon — didn’t have much to do with sex or mate choice, but the other three were scents believed to play a key role in women’s ability to select a high-quality partner — musk and two forms of testosterone. 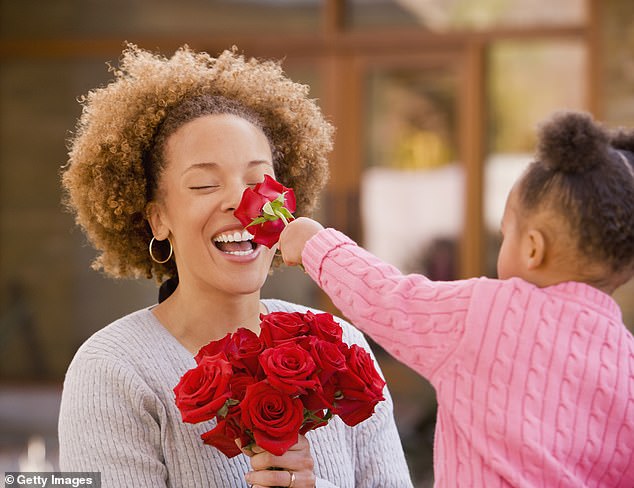 Research suggests women on the Pill struggle to detect some scents, however they are just as sensitive to the smell of roses as women who don’t take the medication (file image)

Researchers found Pill-taking women were just as sensitive to the scents of peppermint, rose, and lemon as both women pre-ovulation and those post-, but when it came to the other scents, the Pill-taking women didn’t start to detect these until they were more or less being hit over the head with them.

Researchers have found the Pill can make your brain less interested in sex, and it can also dial down your sexual motivation so you feel less desire to make yourself look attractive. This might mean your taste in clothes, beauty products, diet, exercise, even whether you want to apply fake tan, could all be changed by being on the Pill.

Dozens of women I have interviewed have told me they noticed an uptick in their interest in their appearance after stopping the Pill that coincided with the return of their sexual desire.

For some, this meant going clothes shopping again and growing hair long after wearing it short for years when they were on the Pill. For others, it meant a renewed interest in healthy eating and working out. For others yet, this has meant cosmetic surgery and teeth whitening.

AND IT CAN STRESS YOU OUT

Studies have shown women on the Pill respond differently to stress. Although they still feel stressed, and can react to stress, the biochemistry of what is going on in their bodies is totally different. What does this mean in real life? It could mean women on the Pill see a very monotone version of life — there are no chemical signals that represent threats or opportunities, which might account for some women on the Pill reporting low mood.

But it has more serious implications for brain function, and even women’s ability to learn and remember information. 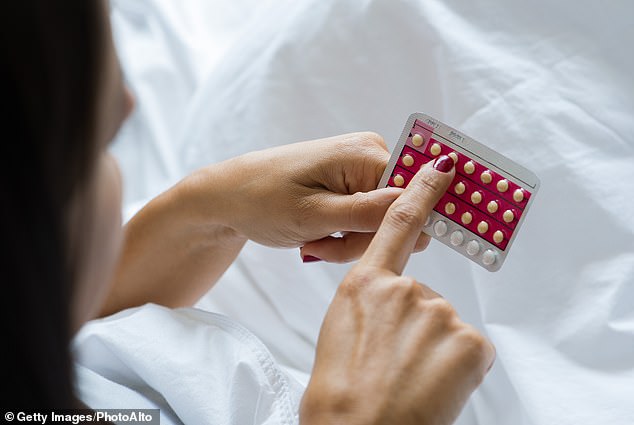 In fact one study, conducted in my own lab, has shown that women on the Pill performed worse than naturally cycling women on a difficult exam and were quicker to give up on unsolvable word puzzles.

I’m not trying to bad mouth the Pill or do it down — during the time I spent on the Pill I graduated from university and went on to get a PhD from one of the most competitive psychology courses in the U.S.

The Pill helped me by freeing me from the worry that a pregnancy I wasn’t ready for might halt my studies. My point is more that the science behind how women’s bodies and brains interact with the Pill is still in its infancy. In years to come I believe we will look back in shock at how cavalier we were with women’s hormones.

We need more research and more knowledge so that we can make informed decisions. The Pill has given women huge life-changing opportunities, but we need to be aware of the price we’re paying for those opportunities.

What every mother should tell her daughters

Don’t go on the Pill unless you have to

If you aren’t having sex yet, hold off taking the Pill as long as you can.

The brain usually isn’t fully developed until we’re in our early to mid-twenties, so I would be cautious about taking the Pill before 19 or 20.

After 20, although the brain is still putting final details on the frontal lobes, the benefits of pregnancy prevention may outweigh the risk.

Don’t take it when you’re depressed

My advice to delay taking the Pill until your 20s is especially important for people with a family history of mood disorders as risks of depression and suicide associated with the Pill are far higher.

When thinking about taking the Pill (or changing the Pill you’re on), keep a journal of how you feel, what things interest you, and how your relationships are doing. It offers a trail back to your true self once you’re on it. Have you changed? For better or worse?

Consider taking breaks from the Pill, particularly during the times when you’re making major life decisions. It might also be a good idea to take breaks so that you can keep one foot in what it feels like to be the non-Pill version of yourself.