It is no secret that special measures are put in place to ensure that the royals are as comfortable as possible during their official engagements.

But viewers of the ITV documentary, Queen of the World, were baffled to learn that certain royal staff can spend over an hour ironing each bed sheet before making the beds.

In the programme, which aired on Tuesday night, we see the Prince of Wales and the Duchess of Cornwall make a visit to Ottawa for the 150th anniversary of Canada’s confederation.

During their visit Charles and Camilla stayed at the Canadian royal residence of Rideau Hall.

The documentary sees master of the household Christine MacIntyre preparing for their visit in the laundry room.

Explaining the process for making the beds Christine says: ‘After a long day of travelling there’s nothing better than getting into a bed that doesn’t feel like a hotel bed.

‘That’s what you’r trying to do is to make it feel like they’re in their own bedroom and they are.’

Christine, who is responsible for overseeing every aspect of each royal visit, then explained that the sheets used are no ordinary bedding. 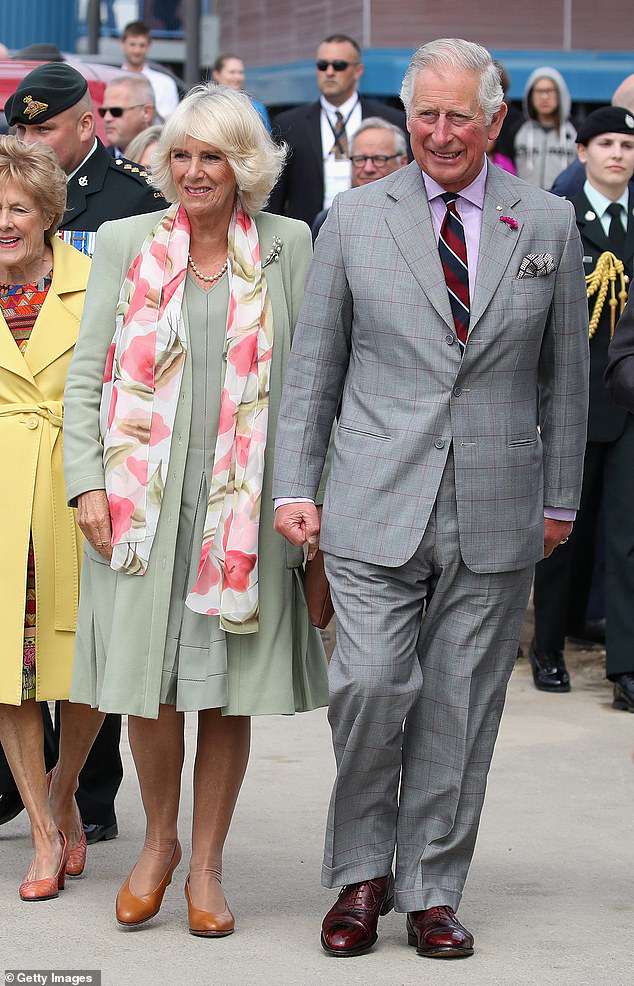 The documentary saw Prince Charles and Camilla stay at Rideau Hall for the 150th anniversary of Canada’s confederation. Pictured: The couple arriving in Ottawa in June 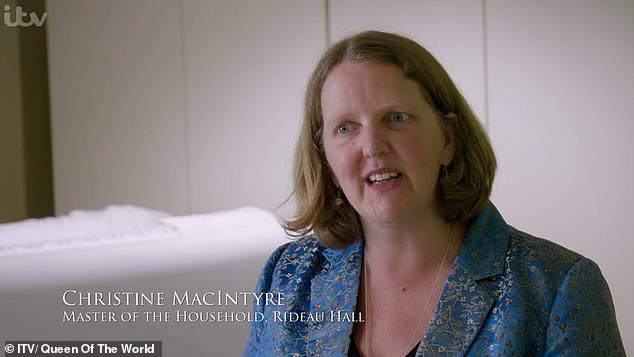 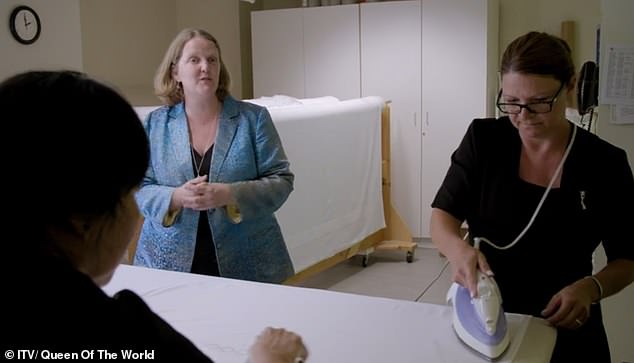 She continued: ‘There are special sheets that are used for members of the royal family and they’re kept aside and brought out on only those special occasions when they’re here.

‘It takes over an hour to iron one sheet.’

Two-part ITV documentary Queen of the World, which premiered on Tuesday night, focuses on the important role Her Majesty plays in the Commonwealth. 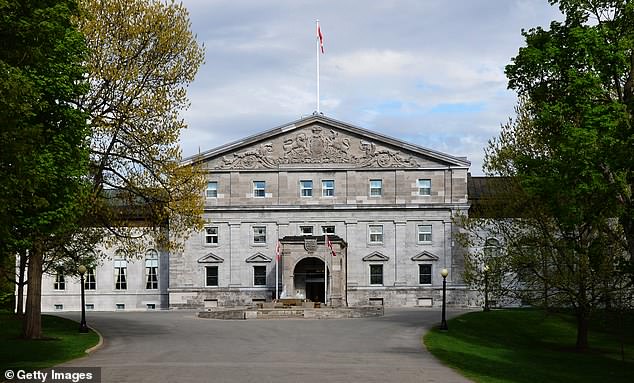 While the Duchess of Cambridge was largely absent, her sister-in-law the Duchess of Sussex featured in a touching scene that saw her reunited with her wedding dress and veil – which was painstakingly embroidered with flowers of the Commonwealth.

Queen Of The World examines the head of state’s role as a global figure and the baton she is passing on to younger members of the Royal Family, as they continue to strengthen ties with the family of nations.

Harry is now a Commonwealth Youth Ambassador and has already spoken about how his wife will join him in his work – which will see them begin a major Commonwealth tour in October.

Episode two of Queen of the World airs on Tuesday, you can watch episode one on the ITV Hub.