REVEALED: How thousands of Chinese students are staying in Australia by marrying locals in rampant visa rort

Foreign students in Australia are marrying locals so they can stay in the country on partner visas, according to new reports.

Thousands of former overseas students – the majority coming from China – are exploiting Australia’s soft rules surrounding who is allowed to sponsor foreign partners or spouses.

Under current laws, an 18-year-old, unemployed Australian who lives on welfare benefits is able to sponsor a partner.

Migrants who only recently became permanent residents can also sponsor foreign nationals, according to the Australian Population Research Institute study.

Chinese people were the largest group of people to get partner visas, with 1,624 current or former students in 2017-18.

Last year around 40,000 partner visas were issued – which makes up a quarter of the total migration program

Last year around 40,000 partner visas were issued – which makes up a quarter of the country’s migration program.

But the number of applications waiting to be approved or rejected was even more staggering, with 79,000 people in the queue.

‘The scale of these numbers can be appreciated by comparing them with the total number of marriages contracted in Australia in 2017, which was 112,000,’ report author Dr Bob Birrell told The Daily Telegraph.

He said that people on temporary visas are taking advantage of lenient rules for partner visas.

Dr Birrell said overseas students in particular were exploiting the system, as they would normally struggle to be granted permanent residency due to stricter skill visa requirements. 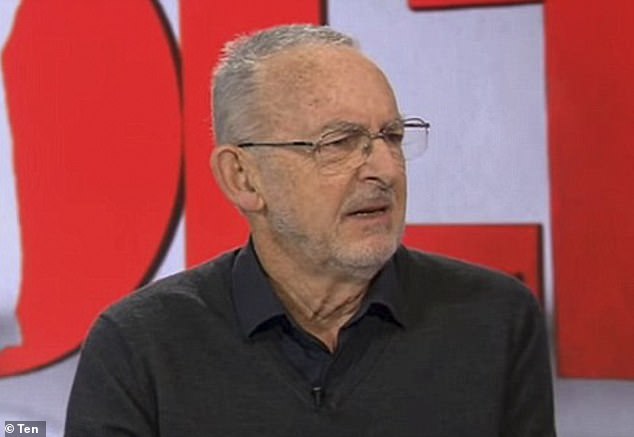 Dr Bib Birrell said overseas students in particular were exploiting the system, as they would normally struggle to be granted permanent residency due to stricter skill visa requirements.

Dr Birrell said most of the people being granted visas were either previously in the country on temporary visas.

Asian-born Australian residents, who have only recently arrived here, are also known to go home to choose a partner.

‘Since most partners locate in Sydney and Melbourne they add significantly to the migration burden in these two cities,’ he said.

He’s calling on major changes to avoid people playing the system, including banning onshore applications from people on temporary visas.

‘Such persons could still be sponsored for a partner visa while the sponsored partner is offshore (but it) would save the taxpayer the millions of dollars currently spent in paying for the processing of appeals against Department of Home Affairs rulings,’ he said.