How to avoid those Oh No! double dress disasters: AMANDA WAKELEY has a clever solution

Women the world over know the feeling. You’ve walked into a room, ready for a big event.

You are looking your polished best; hair, make-up and outfit carefully chosen from a list of possible contenders.

And then your heart sinks — at the sight of another woman wearing exactly the same as you.

Unless, that is, you’re Spain’s supremely chic Queen Letizia, who appeared at an event in Madrid last week wearing the exact same £59.99 Mango dress as one of the attendees. Was she mortified by the mirror image? Not a bit of it.

Reaching out to the woman — a professor of law, whom Queen Letizia was honouring for her work — she immediately found humour in the situation, embracing her with such warmth to ease her embarrassment.

What could have been an awkward moment instantly dissolved into peals of laughter. There was even a sense of conspiratorial empathy.

Would this have happened a decade ago? I doubt it.

The fact that we are increasingly seeing more examples of what I call accidental twinning is largely down to the fact that a combination of fabric, pattern and manufacturing technology has seen a massive improvement in the fit, cut and make of many High Street pieces, making them attractive to many more women.

Gone are the days when fashion-conscious women wouldn’t dream of diluting their designer clothes with a flick of High Street fun. 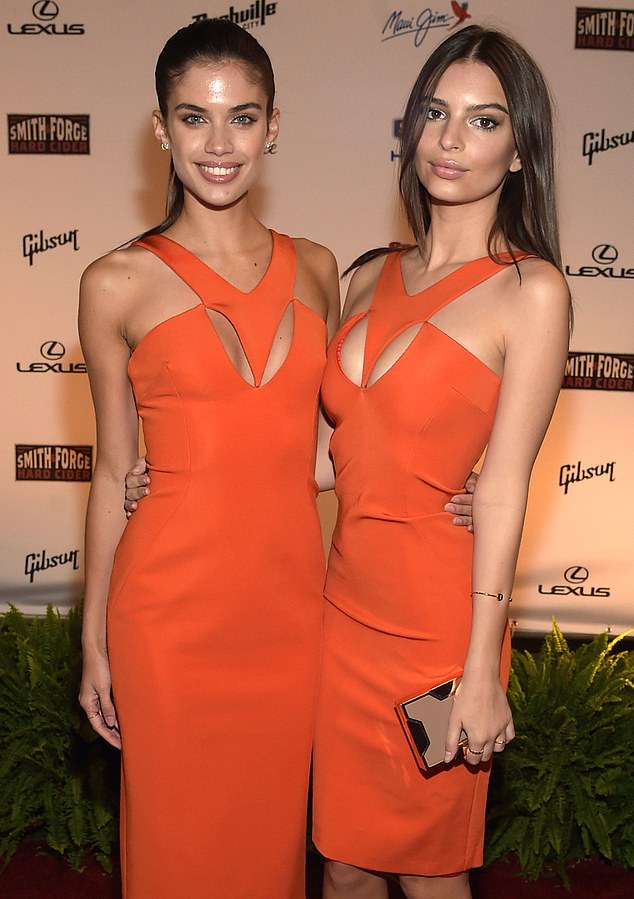 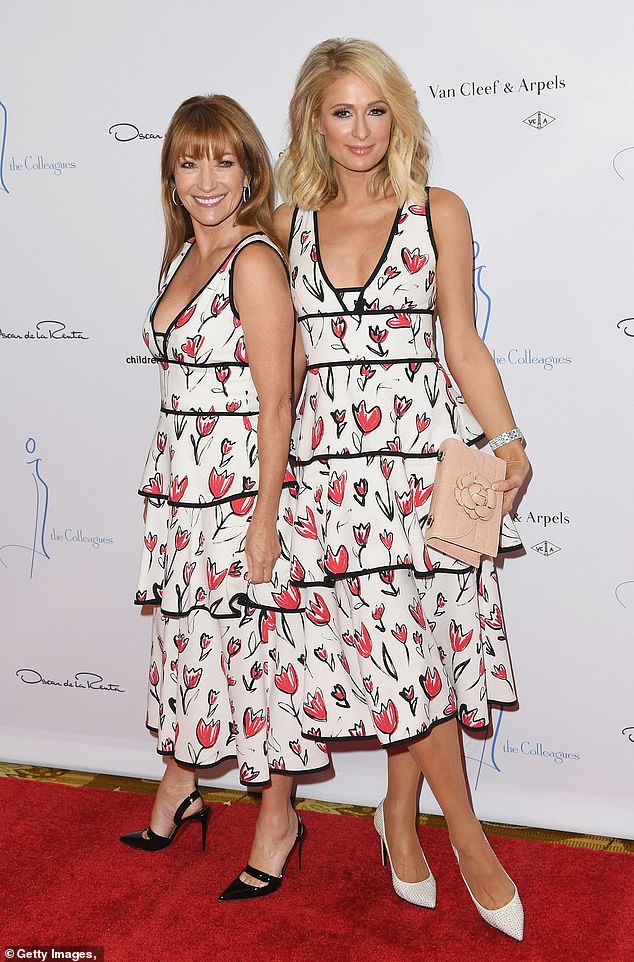 This is a wonderful development, both democratising fashion while effectively bringing superior products to a much wider audience.

On the other hand, the devastation of the pandemic has wreaked havoc on many smaller fashion businesses with many well-known brands closing as a result of Covid.

This means that there is less choice for women today, so the potential of bumping into someone wearing the same style is higher than ever.

A girlfriend of mine has a rule that she never wears this season’s designs to any big event because she believes that it reduces the risk of walking into someone wearing the same look.

I applaud this, not least because in this world of mass over-consumption why do we always feel the need to wear something new?

I would argue that it’s far cooler and more individual to re-wear and re-style our much loved treasures.

Accidental twinning will always be inevitable. It has happened to me on numerous occasions, but being the designer of said pieces, I always took it as a huge compliment. 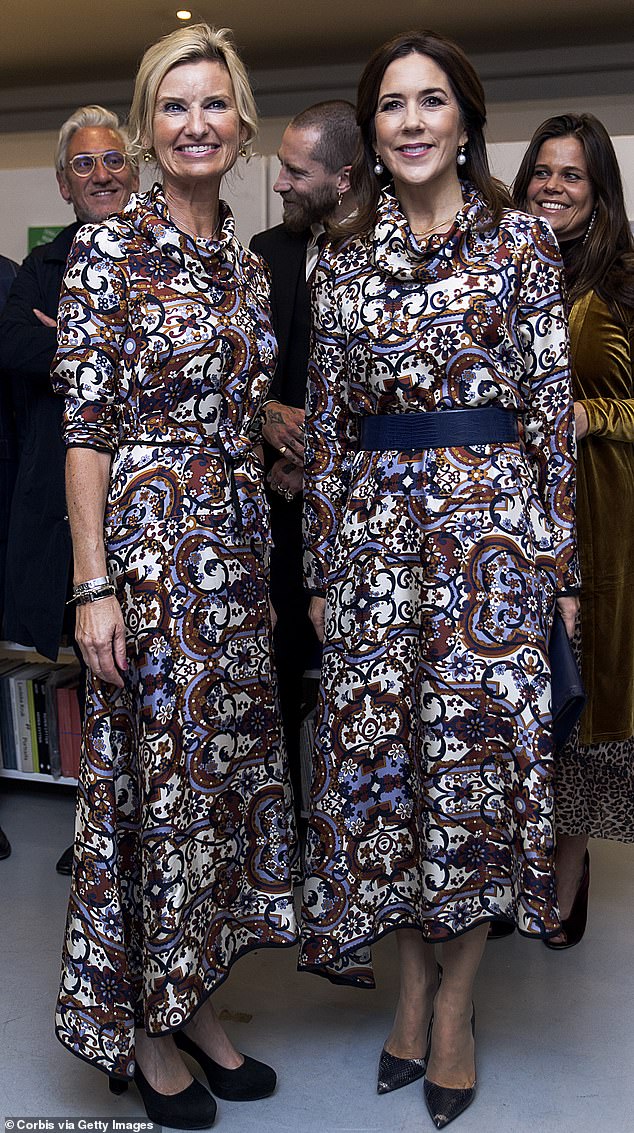 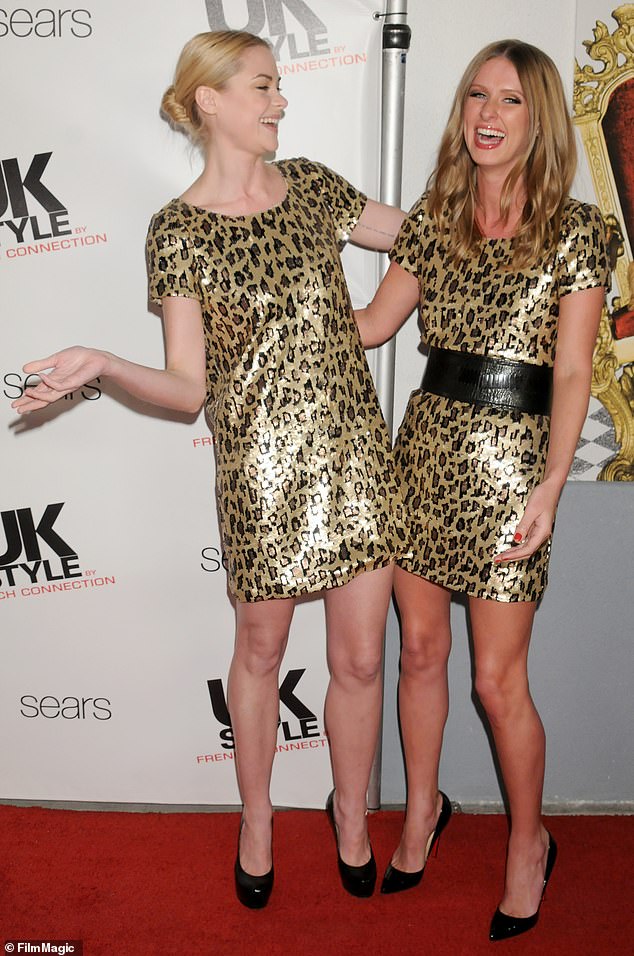 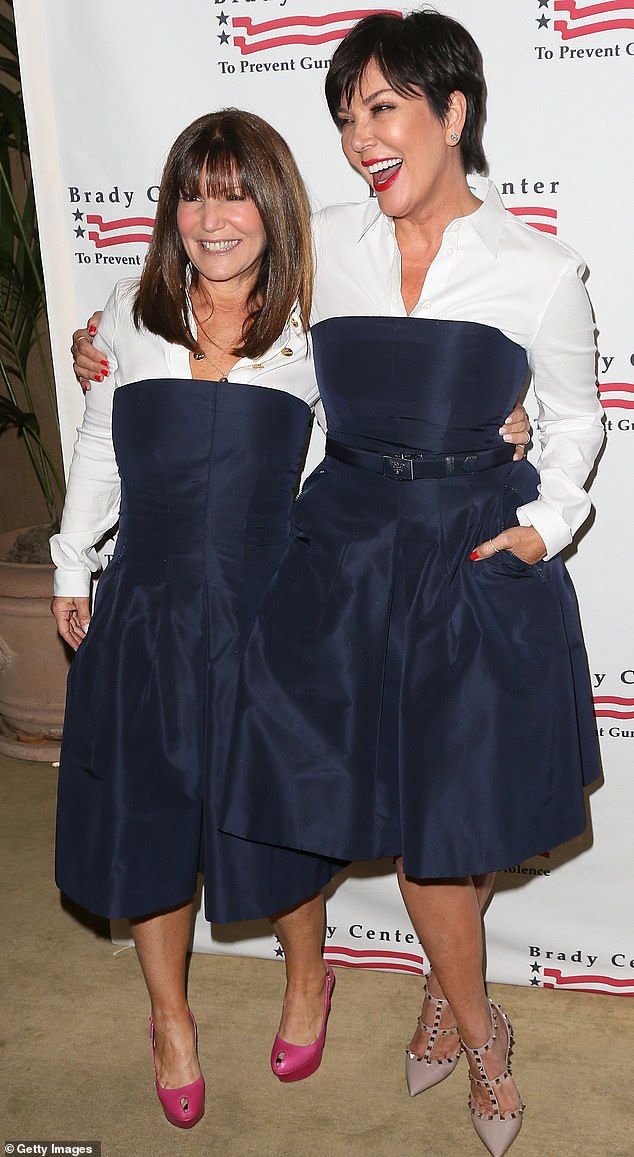 Kris Jenner, right, and friend Shelli Azoff in a dress believed to be Prada at the Brady Campaign To Prevent Gun Violence in 2013

One day in the design studio, five of us arrived in the exact same signature Wakeley Air Shirt. We were all different ages, shapes and sizes and all styled completely differently.

It was a thrill to see, as I have always loved the challenge of creating a piece that many different women can wear yet make it their own.

Remember, there is no shame to be had in accidental twinning.

This is brilliantly illustrated by Trinny Woodall’s Trinny’s Friday Twinning — she and her colleague Chloe (completely different shapes, sizes and age) are filmed wearing the same outfits but they are creating totally different make-up looks for themselves and then individualise the look with different styling and accessories.

A sparkling smile and great posture can transform anyone and any look.

And at the end of the day we are all our own women — even if we are wearing the same thing.

At least Princess Anne was amused!

By Esther Rantzen for The Daily Mail

If a charity ball with Princess Anne doesn’t merit a new evening dress, I don’t know what does.

And so it was, 35 years ago this month, that I arrived at a hotel in London’s Park Lane, with my late husband Desmond Wilcox, dressed in a cream chiffon concoction, with matching scarf, designed by Frank Usher.

Figure-hugging and strapless, it was a daring departure for me. Almost, I worried, out of my league. But as I set foot inside the glittering pre-ball reception, I felt a sense of confidence.

Until, that is, I spotted Bruce Forsyth with his gorgeous wife Wilnelia. She was dressed in exactly the same gown.

Being about a foot taller than me — and an ex-Miss World to boot — there were no prizes for guessing who looked infinitely more glamorous. 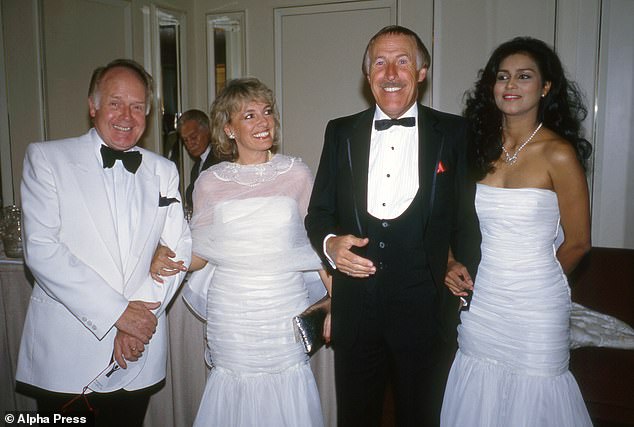 Desmond Wilcox, Esther Rantzen, Bruce Forsyth and wife Wilnelia at the Roaring 20’s Ball at the Grosvenor House Hotel in London in May 1987

This was a fashion disaster and something had to be done. Springing into action, Wilnelia draped my chiffon scarf over my shoulders, and tied hers around her waist in a bid to make us look different.

As the photographers started to arrive, Brucie said ‘I’m in charge’, and stood between us. And we got away with it, I think.

Although I did confess our fashion faux pas to Princess Anne later that evening and she looked wryly amused. As Wilnelia taught me, it’s just a matter of utilising accessories and holding your nerve.

It happened again a few years ago, when I attended a formal event at my old Oxford college.

I’d been asked to make a speech honouring the principal and, as I arrived in a long jacket, I noticed she and I were wearing the same dress.

I wore my jacket throughout lunch and then rose to make my speech, peeling off my outer layer to reveal our identical outfits.

There we were, two identical peas in a pod. It got a much better laugh than any of my prepared jokes.