How to clean your oven racks without scrubbing

Food stains baked onto oven racks can be difficult and tedious to remove, but now a mum-of-two has shared how to clean the household item with ease.

In one of her latest TikTok videos, she cleans the filthy oven racks in the bathtub using just two dishwashing tablets and hot water.

‘Here’s my secret hack for cleaning oven racks without scrubbing,’ she captioned the short clip. 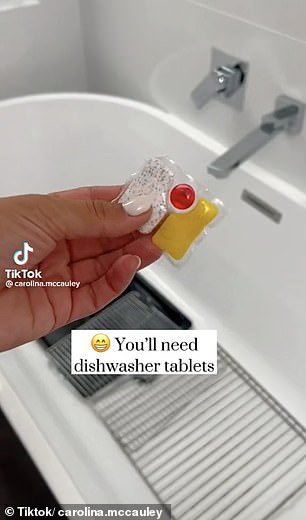 Mum Carolina McCauley, from Perth, Australia, has revealed how she cleans oven racks without the need to scrub 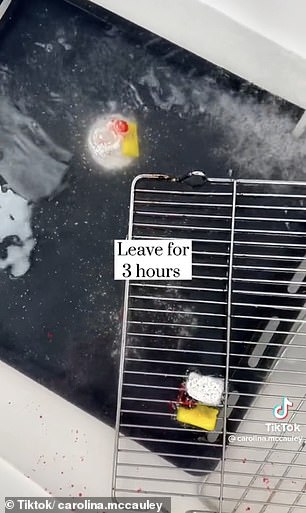 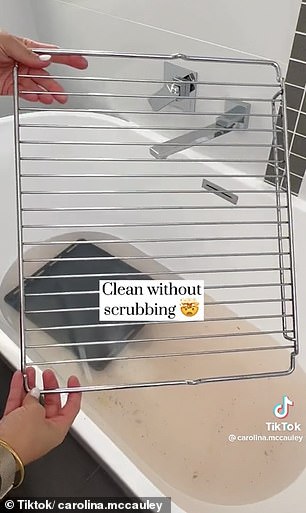 At first glance the stainless steel racks were covered with baked-on food from overuse, but were restored after three hours

At first glance the stainless steel racks were covered with baked-on food from overuse, but were restored after three hours.

Three racks were placed in a tub of hot water along with the dishwashing tablets.

After a few hours the food stains lifted easily without the need to scrub and the oven racks looked sparkling new.

Capturing the attention of other TikTok uses, the video has since been viewed more than 46,000 times.

‘Oh this is GOOD!’ one person wrote, another confirmed: ‘This really works too! I tried it.’ 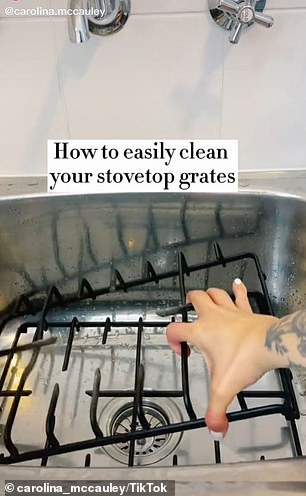 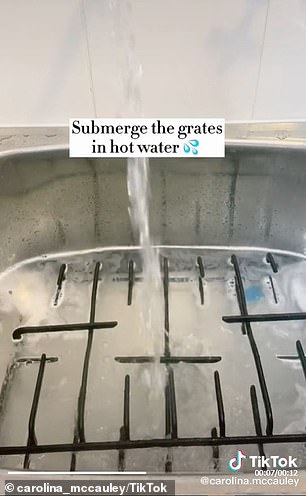 Similarly to the oven racks, she submerged the grates in a sink full of hot water before adding in the dishwashing tablets.

Adding the dishwashing tablets to the water removed all unwanted grease and food stains.

The genius tip of using dishwashing tablets instead of regular detergent helps breaks down small particles and dirt you cannot see as well as lift stains easily.

What else can you use dishwashing tablets for?