How to cook rice perfectly: Boiling rice like pasta is the key to fluffy grains

Have you been cooking rice wrong your whole life? This is why it needs to be boiled just like pasta for a fluffy result every time

A food scientist has revealed that cooking rice like pasta yields ‘perfect’ and ‘fluffy’ rice every single time.

Jennifer Pallian, from Vancouver, is known for sharing niche cooking tips and original recipes backed by food science on her Instagram account.

‘This rice hack will change your life,’ she said. ‘It is how my mother-in-law in India makes rice.’

‘Instead of precisely measuring your rice and water and hoping for the best, simply fill a large pot with water as you would for pasta.’

She added the rice and cooked at a low boil until soft, and then she strained the excess water out with a colander.

‘You’ll get fluffy, separate grains – or in other words, perfect rice, every time!’ she said.

And similar to the traditional method of boiling pasta, Jennifer adds approximately 2 tsp of salt per 4 cups of water.

The food scientist also revealed that the technique was not just limited to rice, and that it worked just as well for most grains including quinoa, barley, amaranth, and millet.

She also suggested that because of the unconventional method, cooks might have to check on the rice five minutes sooner than the package instructs.

‘It takes me about fifteen minutes to cook white basmati, but as a rule I would check on the grains earlier than usual,’ she said. 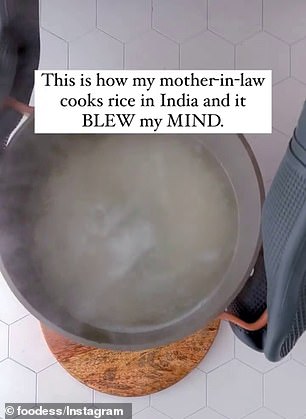 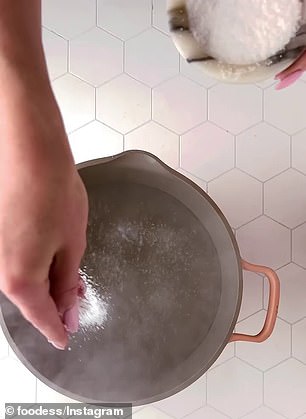 Jennifer Pallian said that instead of precisely measuring her rice and water and hoping for the best, she simply fills a large pot with water as she would for pasta and adds the rice in 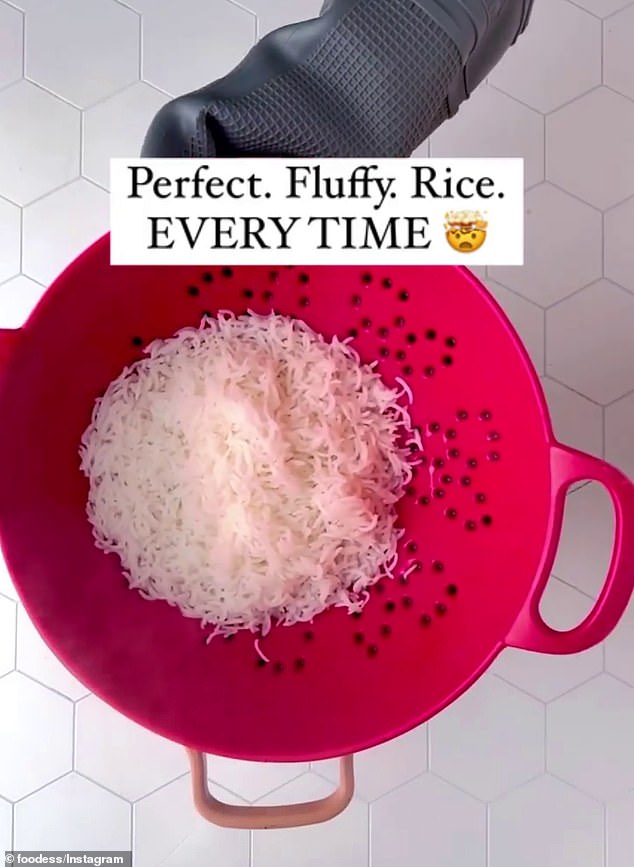 The food scientist also revealed that the technique was not just limited to rice, and that it worked just as well for most grains including quinoa, barley, amaranth, and millet

Jennifer’s post received hundreds of comments with many sharing their own tips and tricks for cooking rice.

‘Basmati rice in particular benefits from soaking and washing,’ said one woman.

She added, ‘Soaking improves the aromatic flavour because it won’t need to be boiled for as long. It also helps the rice become more digestible.’

‘I have found that a tiny pat of butter or dollop of ghee is fantastic, too!’

‘Sometimes I sprinkle vegetable stock in instead of salt for the extra flavour kick.’

‘I always strain my rice after cooking in extra water – it removes excess starch and always results in an extremely fluffy end result,’ added a fourth.